Adequate ewe nutrition during the last six weeks of pregnancy, when 75 per cent of foetal growth occurs, is essential to ensure appropriate lamb birthweight.

Dietary energy supply around the time of implantation is likely to be adequate because autumn grass is still available after flushing ewes and there is little energy demand from the developing foetus. 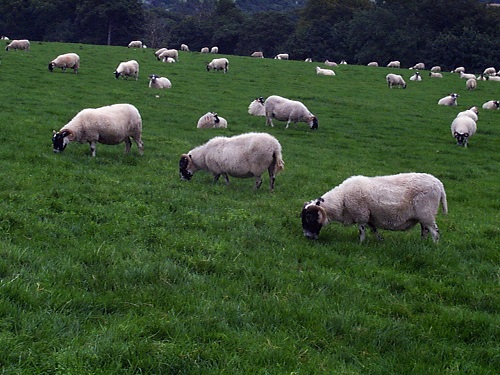 Fig 1: Dietary energy supply during the first trimester is likely to be adequate because autumn grass is still available.

The effect of ewe undernutrition during second (mid-) trimester on placental development and subsequent lamb birthweight has been demonstrated under experimental conditions but weather and/or grazing conditions need to be severe (winter storms) for at least14 days to seriously impair placental development. However, severe fluke infestation can exert this a marked effect on development of the placenta which may result in foetal loss.

Reduced lamb birthweight can occur when placental development has been limited by competition within the uterine horn when three embryos implanted and underwent early foetal development but one foetus failed to develop further and was resorbed leaving the other developing foetus in the same horn much smaller than normal and unable to compensate. This situation often results in the birth of twins with disproportionate weights e.g. 5.5 kg versus 3.5 kg. 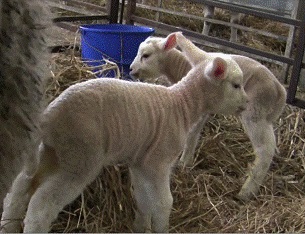 Many studies have found significantly higher mortality in lambs from underfed ewes. The effects were greater for triplet than twin lambs; singletons were largely unaffected by dam nutritional status.

Body condition scoring is based on feeling the amount of muscle and fat deposition over and around the vertebrae in the loin region. These vertebrae have a vertical bony protrusion (dorsal spinous process) and a short horizontal protrusion on each side (transverse processes). The ease with which these protrusions can be felt is used to assess a sheep's body condition score.

In most typical sheep flocks, over 90 percent of the sheep should have a body condition score of 2 to 3.5. 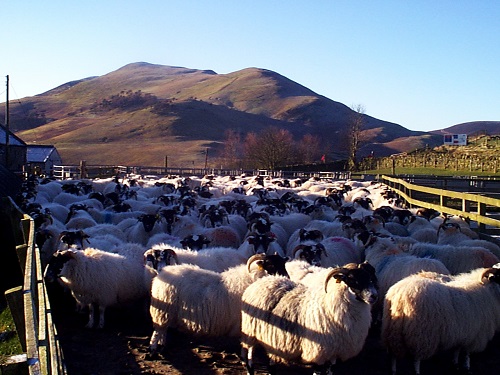 Fig 3: Ewes must be vaccinated against the clostridial diseases four weeks before lambing.

Ewes must be vaccinated against the clostridial diseases four weeks before lambing. It is advisable to vaccinate the flock as two separate groups with the later lambing ewes vaccinated one week to 10 days later than those ewes lambing during the first week. 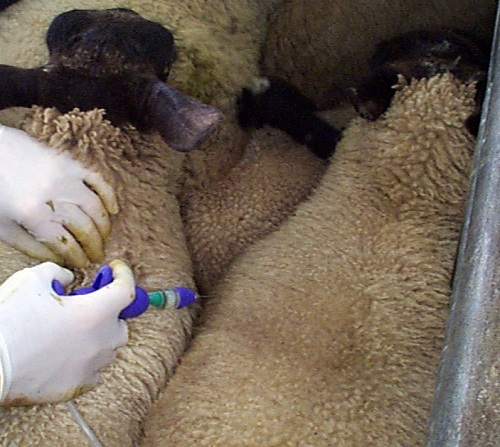 The fleeces must be dry when sheep are vaccinated and care must be taken to ensure correct subcutaneous injection of every ewe. Subcutaneous injection of ewes when the fleece is wet can result in abscess formation. Speed is not important, careful and gentle handling of the pregnant ewes is essential during the procedure. By ensuring ewes are in good condition at vaccination time, and receiving an appropriate level of supplementation as determined by the blood samples collected (NADIS health bulletin December 2007), you will guarantee plentiful accumulation of protective antibodies in the colostrum at lambing time.

The common diseases of ewes during late gestation includes:

It occurs following a period of severe energy shortage, whether the result of poor roughage quality, inadequate concentrate allowance or high foetal demand, but clinical signs can be precipitated by a sudden stressful event such as adverse weather conditions, handling, vaccination or housing. 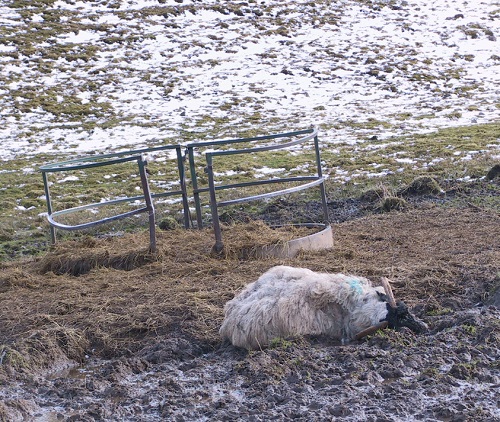 Fig 5: Death of a twin-bearing Blackface ewe caused by feeding only poor quality silage at irregular intervals - note the lack of available silage.

The early clinical signs of ovine pregnancy toxaemia include disorientation leading to isolation from the remainder of the flock. Over the next 24 to 48 hours affected ewes become increasingly dull and depressed and are easily caught because they are blind.

Head pressing into the corner of a pen is a common finding. Continuous fine muscle tremors may be observed around the muzzle and affecting the ears. Ewes often become recumbent with the hind legs held out behind the ewe. Inability to stand leads to urine scalding of the ewe's skin and fleece.

Clinical signs of pregnancy toxaemia (listed as the disease progresses) 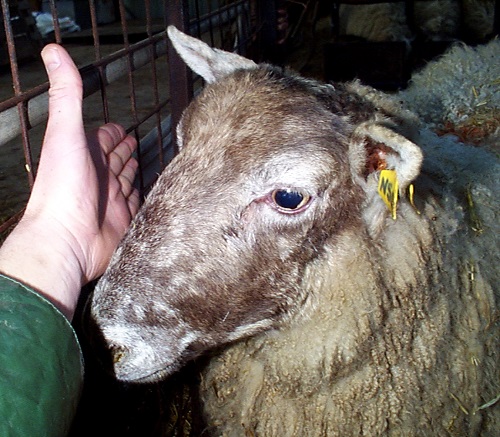 Fig 6: Over 24 to 48 hours affected ewes become increasingly dull and depressed and are easily caught because they are blind. 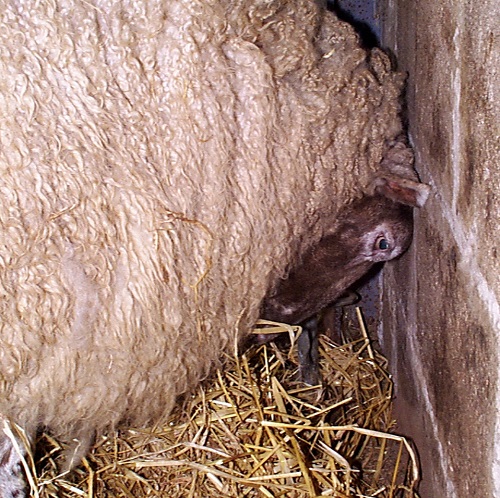 The response of ovine pregnancy toxaemia to treatment is generally poor even when clinical signs are detected early. Housed ewes should be penned separately and offered palatable feeds to promote appetite, and fresh water. If ewes are housed, turnout to good pasture may promote appetite although such grazing is seldom available. Treatment with propylene glycol, intravenous glucose injection, and glucocorticoid injection is successful in approximately 30% of cases which are still able to walk when treatments commence.

Ewes with pregnancy toxaemia must be checked at least twice daily for signs of abortion/lambing because they may be too weak to expel the foetuses/lambs. Failure to expel dead foetuses leads to them becoming rotten, releasing poisons into the ewe's system which leads to her death. Those ewes which do recover from pregnancy toxaemia are rarely able to nurse a single lamb and should generally be culled once they have regained body condition. Wool slip occurs commonly in these recovered ewes four to six weeks after abortion/lambing. 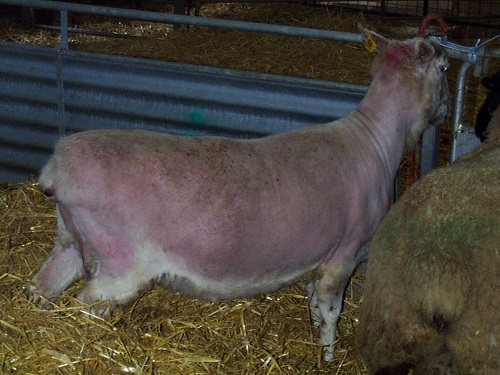 Hypocalcaemia is not uncommon in 3-crop or older ewes maintained at pasture during late gestation, but can also occur sporadically during early lactation. Hypocalcaemia is often observed when ewes are brought down off hill grazing onto improved pastures prior to lambing. "Outbreaks" of hypocalcaemia can result from errors in formulating home-mix rations, incorrect mineral supplementation, stress related events such as dog-worrying, movement on to good pastures prior to lambing, or following housing.

Affected ewes are depressed, weak, and unable to stand even when supported. There is rumen stasis with the development of bloat. Passive reflux of rumen contents may occur with green fluid present at the nostrils and around the lower jaw. Without appropriate therapy, the condition develops to coma, and death follows 24 to 48 hours later.

Clinical signs of hypocalcaemia include:

There is a rapid response to slow intravenous administration of 20-40 mls of a 40% calcium borogluconate solution given over 30 to 60 seconds. Eructation is observed 1-2 minutes after intravenous calcium administration. Characteristically, ewes will stand within 5 minutes of intravenous injection, urinate and wander off to rejoin the rest of the flock. The response to subcutaneous administration of 60-80 mls of 40% calcium borogluconate solution injected over the chest wall behind the shoulder may take up to four hours especially if the solution had not been warmed to body temperature and injected at one site. 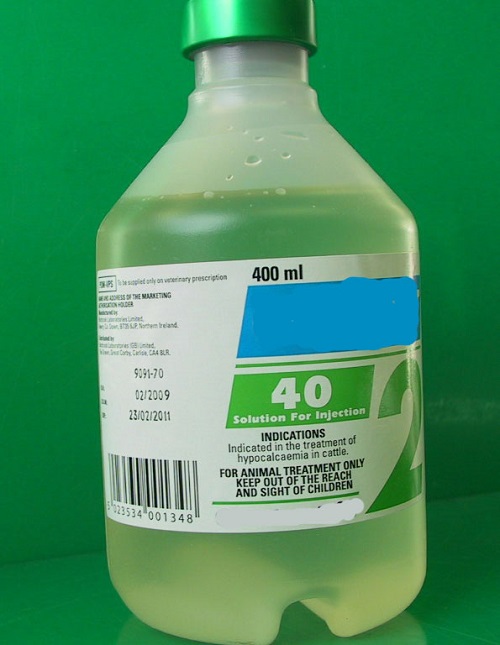 Fig 9: There is a rapid response to slow intravenous administration of 20-40 mls of a 40% calcium borogluconate solution given over 30 to 60 seconds. 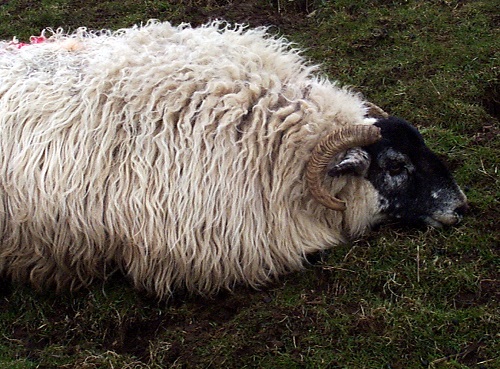 Fig 10: Affected ewes are depressed, weak, and unable to stand. 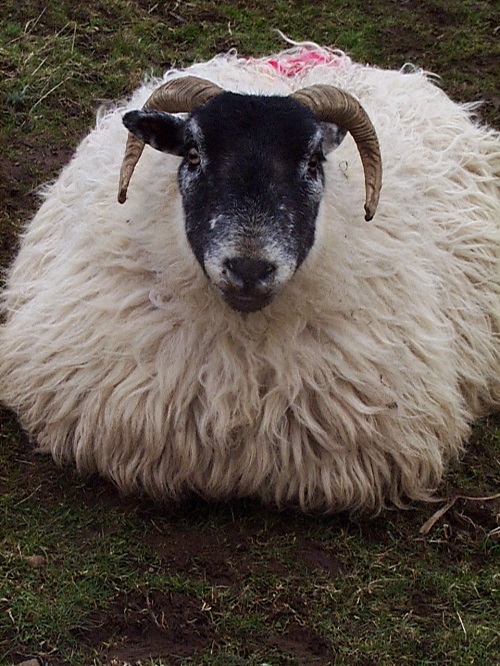 Addition of appropriate minerals to the ration during pregnancy and thorough mixing are essential to prevent hypocalcaemia. Outbreaks of hypocalcaemia occurring over two to three days may still result after stressful events such as movement or housing. 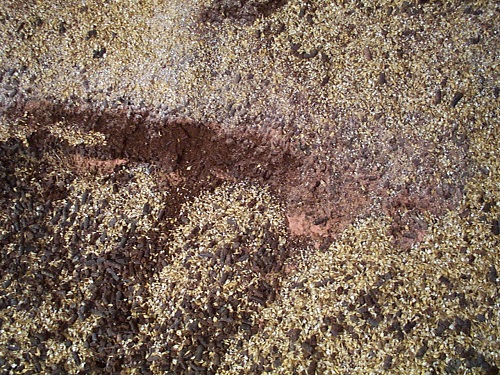 Fig 12: Insufficient mixing of minerals in this home mix ration.