The present situation in the United Kingdom

Annual ewe mortality in lowground flocks in the UK is quoted between 5 to 7 per cent with an estimated 70 per cent occurring during late pregnancy and associated with dystocia (lambing difficulties).

There has been a disturbing trend in the United Kingdom over the past 10 years towards fewer veterinary visits for obstetrical problems because of perceived costs.

There are several important legal requirements at lambing including:

'Animals shall be cared for by a sufficient number of staff who possess the appropriate ability, knowledge and professional competence. The most significant single influence on the welfare of any flock is the shepherd.' 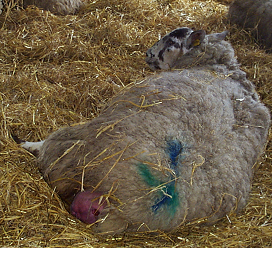 Fig 1: The most significant single influence on the welfare of any flock is the shepherd who must have the knowledge and practical experience to deal with a wide range of problems.

The equipment needed may include:

Non steroidal anti-inflammatory drugs (NSAIDs, analgesic drugs, pain killers) are currently not licensed for use in sheep but have many applications at lambing time and instructions concerning their use will be included in the farmer's veterinary flock health plan. 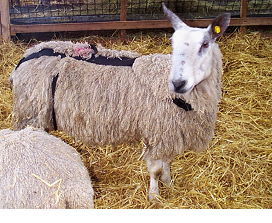 Fig 3: The occurrence of vaginal prolapse cannot be predicted. Timely use of a harness has proven successful in this ewe

Hygiene recommendations for all assisted lambings 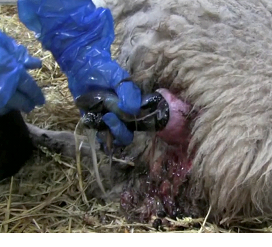 Fig 4: Arm-length disposable plastic gloves should be worn especially if there is the risk of human infection from aborting sheep.

Some veterinary surgeons may prefer not to wear gloves but always thoroughly wash their hands and arms (see below) in an approved surgical scrub soloution and use large amounts of obstetrical lubricant. 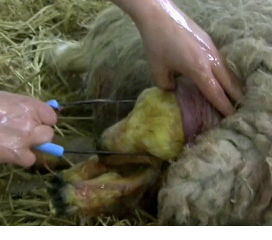 Fig 5: Assisted delivery using a lambing "snare". While gloves are not worn in this situation, care is taken to thoroughly wash hands and arms  in an approved surgical scrub solution.

Restraint of the ewe

To assist correction of the lambing problem when there is a "leg back", the ewe should be cast onto her side so that the missing leg of the lamb is uppermost. When both legs are back (hung lamb) it may prove easier to gently repel the lamb's head if the ewe is standing. Some shepherds may raise the ewe's hind quarters with her back propped against a small bale of straw when repelling the lamb's head.

Codes of recommendations for the welfare of livestock - sheep

These codes contain a great deal of commonsense advice to assist sheep farmers as well as defining responsibilities with respect to animal welfare. These codes have been integrated into this bulletin to assist farmers with particular reference to how vets can assist farmers over the very demanding lambing period. The high financial value of sheep will ensure a ready cost:benefit of all veterinary procedures in 2017. Many farmers paid over £140 per head for replacement gimmers in 2016 and received more than £95 per head for fat lambs throughout June 2017.

Normal parturition in the ewe

Imminent parturition can be detected by udder development, accumulation of colostrum, and slackening of the ligaments around the tail head. The birth process is divided into three stages:

First stage labour is represented by cervical dilation which takes 3-6 hours but is more rapid in older ewes. 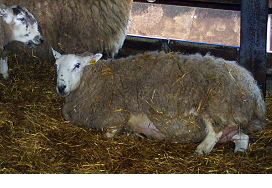 There are various behavioural changes including the ewe frequently does not come to the feed trough or leaves early before other sheep in the group. The ewe seeks a sheltered area of the field or corner of the barn and will paw at ground, frequently sniffing at this area, and alternatively lying/standing. These periods of increased activity often occur at 15 minute intervals with abdominal contractions lasting 15-30 seconds. 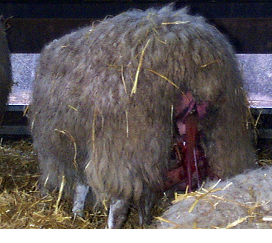 Fig 7: During first stage labour a thick string of mucus is often observed hanging from the vulva.

A thick string of mucus is often observed hanging from the vulva. The bouts of straining then occur more frequently, usually every 2-3 minutes. This increased activity coincides with a change in foetal position with extension of the forelimbs. At the end of first stage labour the cervix is fully dilated. 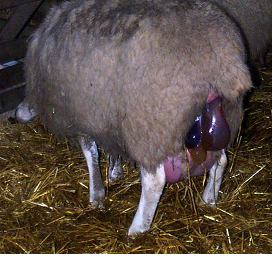 Fig 8: Appearance of the water bag at the end of first stage labour. 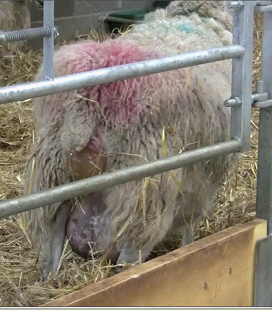 Fig 9: Appearance of the water bag at the end of first stage labour.

Second stage labour is represented by expulsion of foetus(es), and typically takes about one hour. There is rupture of the allanto-chorion (water bag) with a rush of fluid. The amnion and foetal parts are then engaged in pelvic inlet. The amniotic sac appears at the vulva and frequently ruptures at this stage. Powerful reflex and voluntary contractions of abdominal muscle and diaphragm ("straining") serve to expel the foetus. However, the amniotic sac may not rupture until the ewe stands up after the lamb has been expelled. The delayed rupture of the amnion, referred to colloquially as the lamb being "sheeted" or "born with the skin over its nose", may result in death of the lamb due to asphyxiation. This scenario is not uncommon in multiple births especially with later born lambs. In ewes with multiple litters the interval between birth of the lambs varies from 10 to 60 minutes; intervention should be considered if the interval is more than one hour. 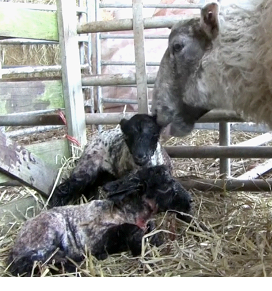 Third stage labour is completed by expulsion of foetal membranes which usually occurs within 2-3 hours of the end of second stage labour. 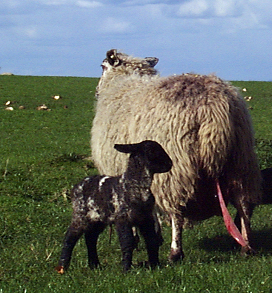 Fig 11: Third stage labour is completed by expulsion of foetal membranes which usually occurs 2-3 hours after birth of the lambs.

Caudal analgesia (extra- epi-dural) is used for most corrections/manipulations undertaken by the veterinary surgeon. This involves injection of 0.5 mg/kg 2 per cent lignocaine solution at the sacrococcygeal site (caudal block) which blocks the ewe's reflex abdominal contractions, greatly assists corrections/manipulations of dystocia cases and has obvious animal welfare benefits.

Codes of recommendations for the welfare of livestock

Sheep 36 - It is an offence to cause, or to allow, unnecessary pain or unnecessary distress by leaving a sheep to suffer. 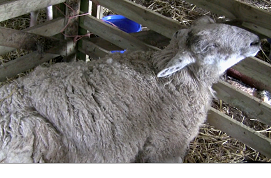 Fig 12: Ewe showing signs of pain with continual forceful straining and vocalization after attempted delivery of a large single lamb. 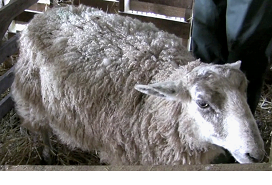 Fig 13: Same ewe as above several  minutes after extradural injection to block pain.

76 - A large proportion of ewe mortalities occur around lambing, so particular skill and expertise are required at this time. Severe damage can be caused through inexperience when assisting a ewe in difficulties. Shepherds should therefore be experienced and competent before having responsibility for a flock at lambing time.

Where necessary, they should receive training.

78 - There may be times when even a proficient shepherd experiences difficulty in delivering a lamb single-handed. In such cases, assistance should be called immediately.

79 - Any ewe with a prolapse should be treated immediately using an appropriate technique and, where necessary, veterinary advice should be sought.

80 - Embryotomy, the dissection and removal of a foetus which cannot be delivered naturally, should be carried out on dead lambs only. It should never be used to remove a live lamb. 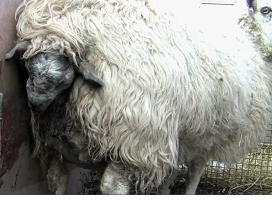 Fig 14: The dissection and removal of a foetus such as a hung lamb which cannot be delivered naturally must never be used to remove a live lamb.

In the case of a large single lamb, the forelimbs protrude as far as the feet while the muzzle and tongue only become visible when the ewe strains. If no progress is made within 30 minutes the ewe should be gently restrained in lateral recumbency and patient assistance given. When both forefeet are present at vulva and the muzzle can be touched at the vulva each foreleg should be extended in turn. One forefoot is held between the thumb and forefinger and steady traction is applied when the ewe strains. Such traction should extend the elbow and the foreleg protrudes to the carpus (knee). A sudden "clunk" sensation is often appreciated when the elbow is extended. The other foreleg is extended in the same manner ("clunk"). Slight traction on both forelegs should cause the head to protrude from the vulva. At this stage the poll of the head is grasped and slow, steady traction is applied to the poll and both forelegs. The lamb should be delivered in a downward arc without undue force over 10 to 30 seconds. Traction is applied in an arc and the lamb is pulled "down and around" and not 'straight out".

The lamb should be left 1-2 minutes with the umbilical vessels still intact. The newborn lamb should not instantly be snatched away and placed at the ewe's head. It may take up to 30 seconds before the lamb takes its first deep breath but this is normal. There are no indications to swing the lamb around by the hindlegs - any fluid which appears at the mouth or nostrils during these aeronautics originates from the lamb's stomach not its lungs. 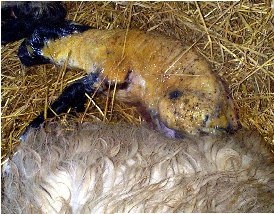 Fig 15: The lamb should be left for 1-2 minutes with the umbilical vessels still intact.

After delivery of one lamb it is usual to gently ballot the abdomen immediately in front of the udder which readily reveals whether there is another lamb(s) in the womb. Opinion is divided whether to deliver the second lamb or to leave well alone.

Signs of metritis include: 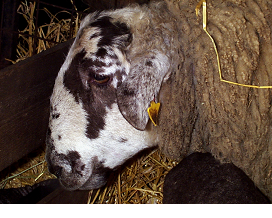 Fig 16: The ewe  with metritis is dull, listless and has a poor appetite. 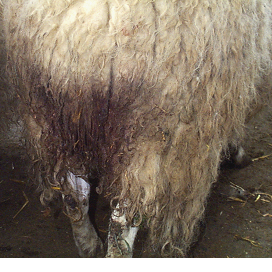 Fig 17: There is a red/brown foetid discharge on the wool of the tail and perineum.

Typically, there is dramatic improvement in the sheep's demeanour and appetite within 12 hours of antibiotic injection.

In multi-gravid litters, delivering all lambs, not just the lamb in malpresentation/ malposture, greatly increases the likelihood of introducing infection deep into the uterus. This practice should be discouraged although some farmers will contest that occasionally a triplet lamb may sufficate if born within the intact amnion.

There is often no hot water in the lambing shed on many UK sheep farms. Farmers should wash their hands in an approved surgical scrub solution and must use arm-length disposable gloves prior to correction of all dystocia cases. Arm-length disposable plastic gloves are cheap and easily carried within pockets thus there can be no excuse for non-compliance with such basic hygiene even under extensive flock management systems. There are good health reasons to wear gloves as shepherds can acquire infections during lambing from ewes unless appropriate precautions are taken