Respiratory disease is a major cause of loss to the UK sheep industry through mortality and poor health. It can affect all ages and cause rapid death to high numbers of an affected flock.

Pasteurellosis  is of considerable economic importance to the sheep industry causing septicaemia in young lambs, pneumonia in older sheep, and mastitis in ewes. There are three main bacteria involved in the disease (Mannheimia haemolytica, Bibersteinia trehalosi and Pasteurella multocida). All these bacteria are found normally in the throat but multiply when the animal is under stress and immunity is suppressed.

The clinical signs of pasteurella pneumonia include sudden onset depression, lethargy and inappetence. Affected sheep typically become separated from the remainder of the group. They show an increased breathing rate with an abdominal effort and a fever (>40.5°C).  In some situations, the animal is found dead. 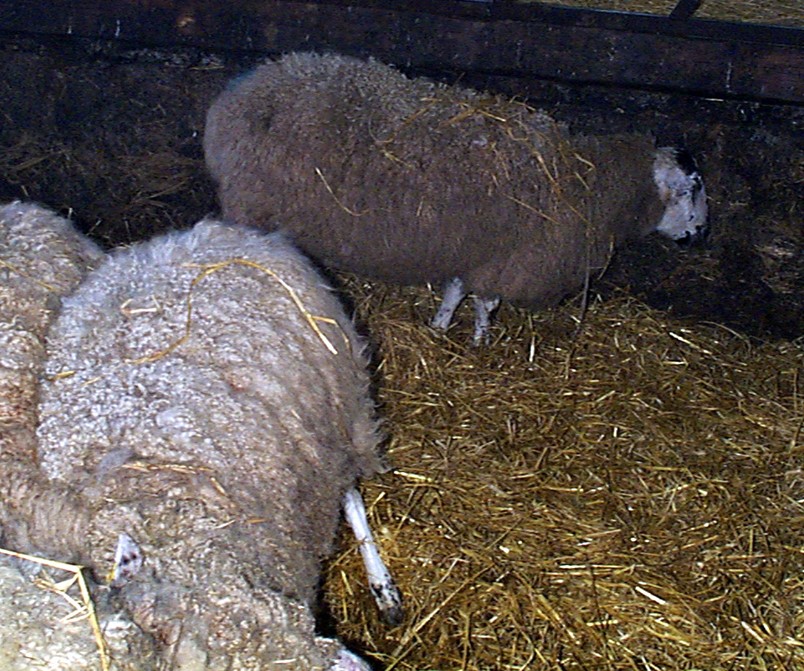 Figure 1: Sheep with pasteurellosis separated from the group, not eating and very dull with ears down. 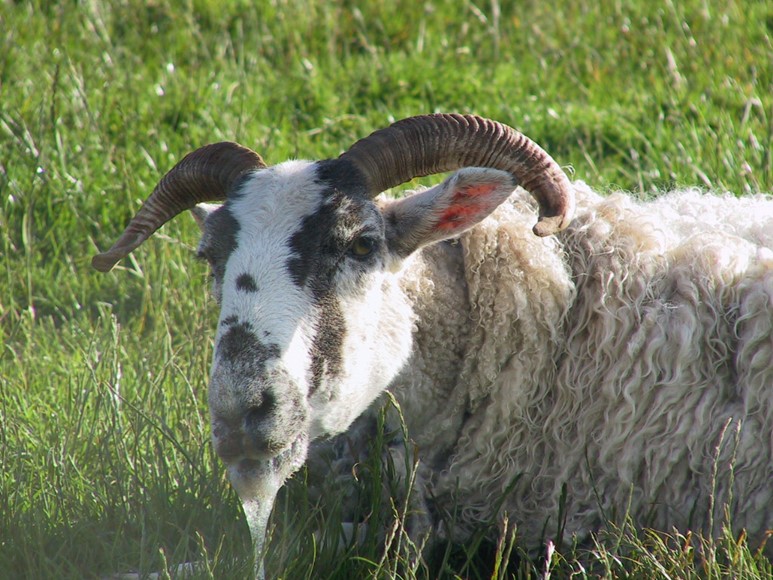 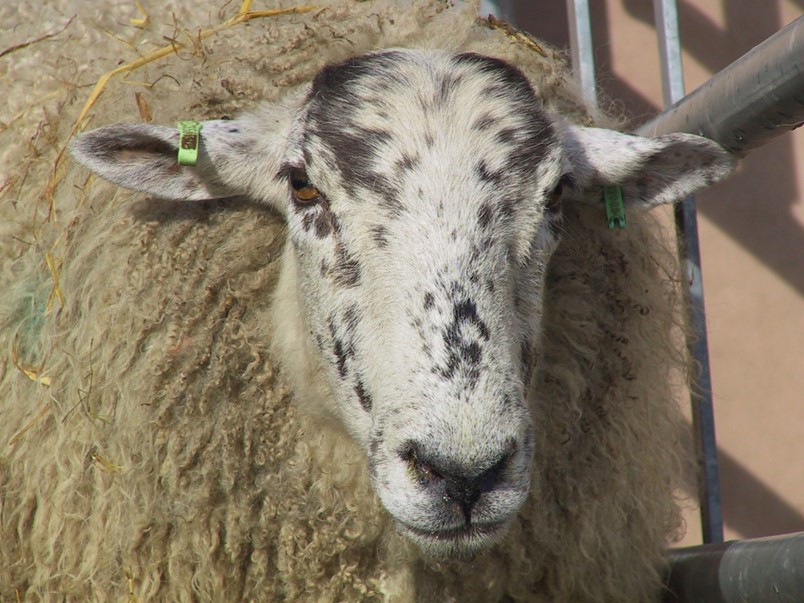 Figure 3. Sheep with acute pasteurellosis is depressed, lethargic and ears are down.

Diagnosis of the pneumonia form of pasteurellosis is based on clinical signs and there is no confirmatory test in the living sheep.  A diagnosis can be made at post mortem. The lungs are heavy, swollen and purple-red in sudden death cases, and the airways contain blood-stained froth. Bacterial culture is used to confirm the causal bacteria and microscopic examination can identify distinctive changes in the cells of the lung tissue 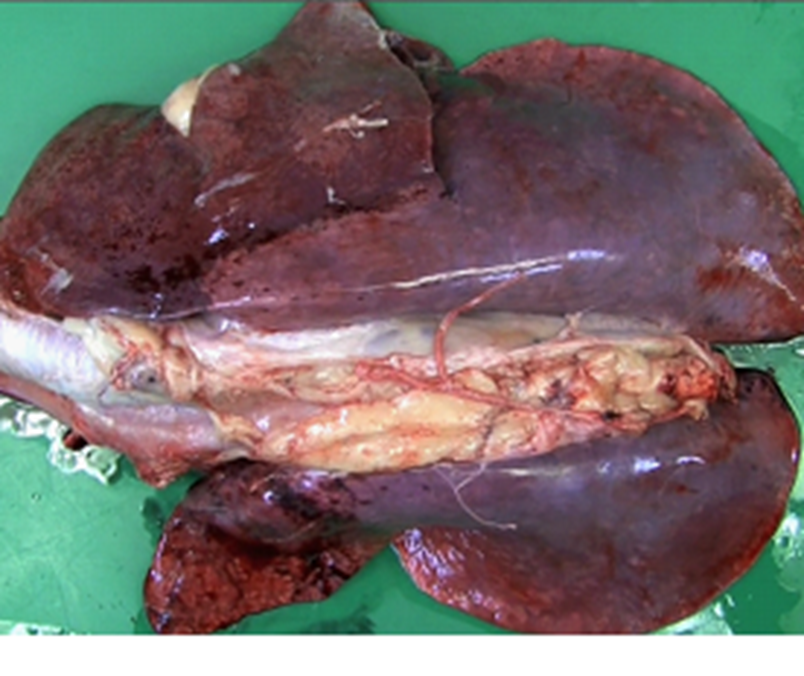 The risk of pasteurellosis can be reduced by minimising stress and reducing the circulating levels of bacteria. For housed sheep ensure the ventilation and drainage are adequate and stocking levels are appropriate. Address the nutritional requirements correctly and ensure adequate surveillance and treatment of parasites.

Incoming sheep and sheep showing signs of clinical pasteurellosis should be effectively isolated from the rest of the flock according to the flock health plan.

Vaccination can be used to protect all susceptible sheep from clinical disease. Breeding ewes require a primary course of two injections four to six weeks apart followed by an annual booster four to six weeks before lambing.  However, this vaccination regimen only provides passive immunity to the lambs for up to five weeks.  Lambs can be protected by two doses of vaccine administered from 10 days-old as colostral antibody does not interfere with the development of active immunity. The choice of vaccine and timing should be established with your vet. The product used may vary depending on whether the animal is for breeding or fattening and whether clostridial vaccines are included. 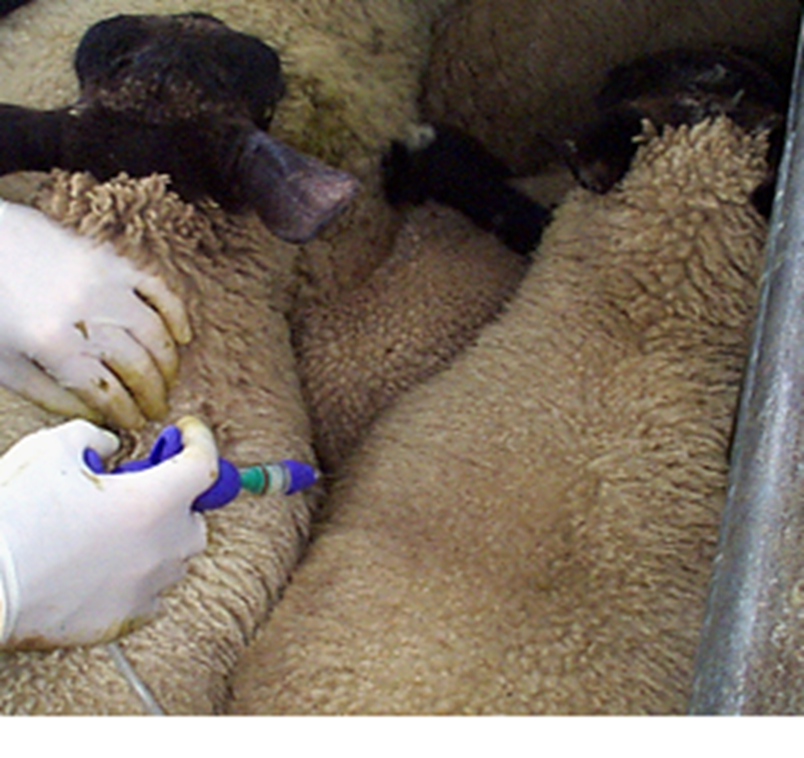 Figure 5. Vaccinate against pasteurellosis according to the flock health plan

Atypical pneumonia (also called enzootic pneumonia) is a non-progressive, chronic pneumonia of housed sheep under a year-old caused by the bacteria Mycoplasma ovipneumoniae.  The true prevalence of this disease is unknown because the clinical signs are mild and do not generally warrant veterinary investigation.

The significant clinical finding is one of slightly reduced growth despite an appropriate ration.  A chronic soft cough and nasal discharge spreads slowly through the group most noticeable when the sheep are suddenly disturbed.

Lung changes are usually only detected at the abattoir and consist of red-brown or grey collapsed areas particularly in the lobes around the heart.  Secondary pleurisy may lead to carcase rejection at the abattoir. 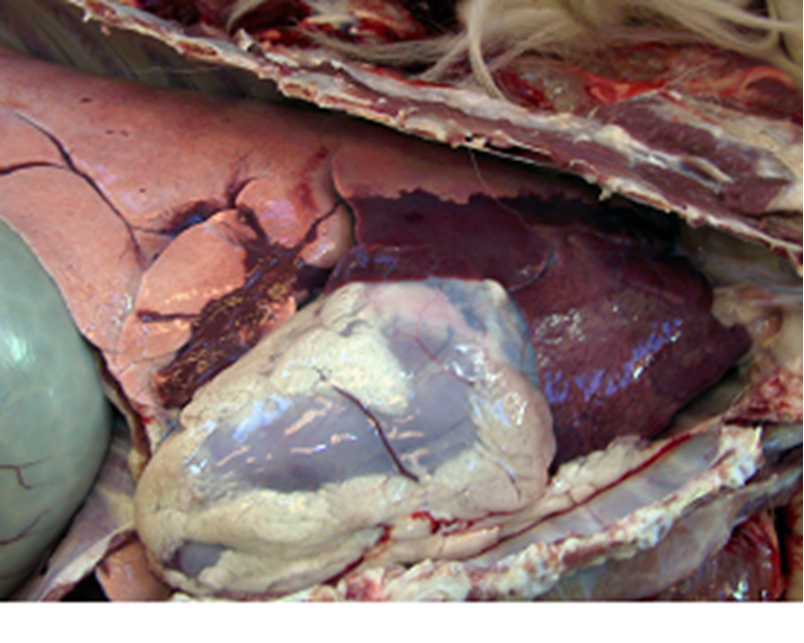 Figure 7. Lung changes from atypical pneumonia detected at the abattoir.

Treatment is generally not necessary because clinical signs are mild. Antibiotics e.g oxytetracycline should be given to sick lambs which are not eating.

Control can be attempted by improving ventilation, lowering dust and humidity levels, and reducing the stocking density. The airspace should not be shared with older sheep.  Purchased lambs should be housed separately from homebred stock. 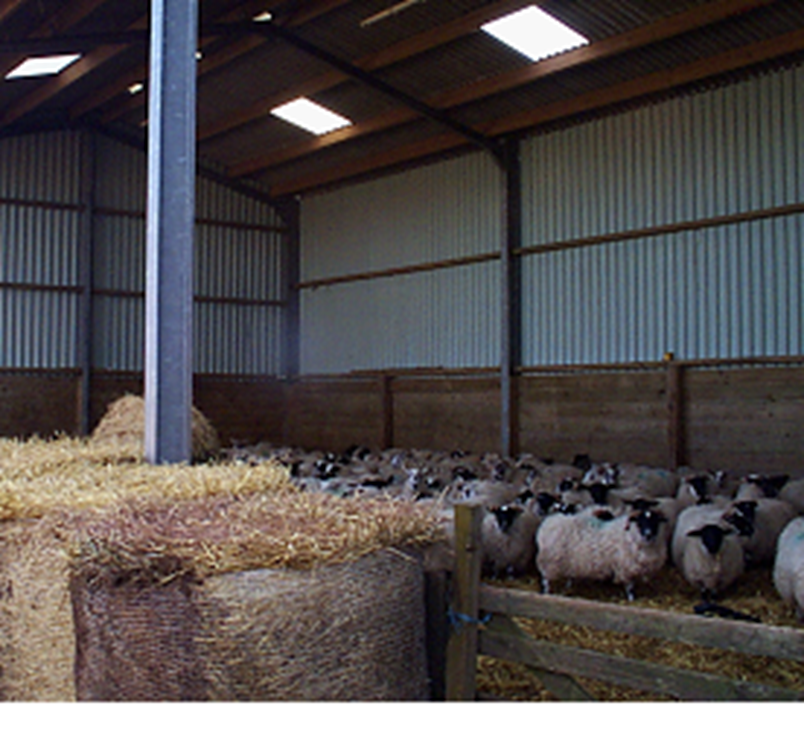 Lungworm in sheep is caused by different species of parasite to the disease in cattle and there are usually no clinical signs. Coughing and weight loss may occur in heavy infestations but this is very uncommon. Relative to parasitic gastroenteritis, lungworm infestation is of little economic significance to sheep farmers. Severe lungworm infestations are seen in sheep with paratuberculosis (Johne’s disease) due to compromise of the immune system. 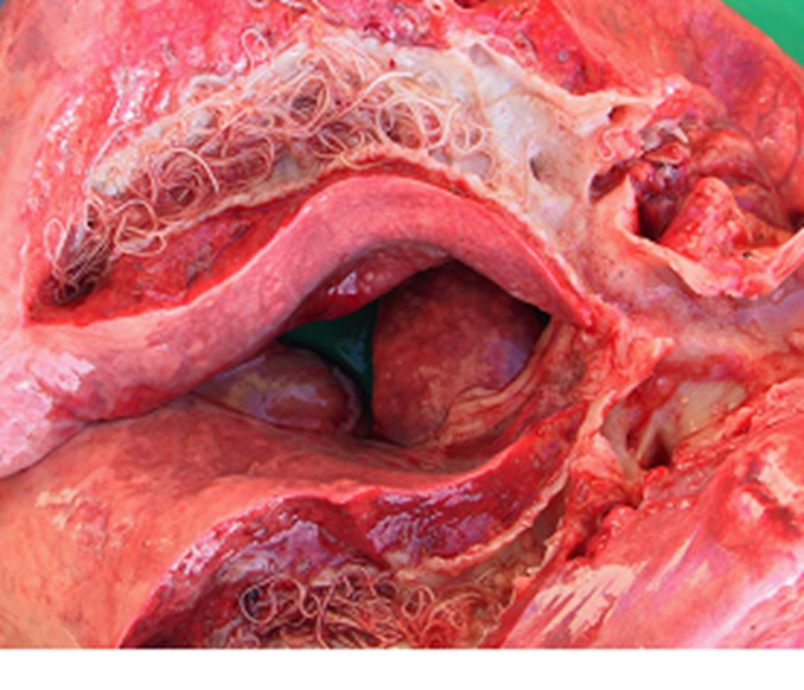 Diagnosis is possible from laboratory examination of faeces, though rarely required. Treatment for lungworm is also rarely necessary. It is effectively controlled by the worming treatments used in the management of gut worms.

Chronic respiratory disease caused by lung abscesses are very common in mature rams and frequently overlooked or treated incorrectly. The cause is probably related to long periods of housing after birth and during their first winter.  Infections (see atypical pneumonia above) are common during such times, and such lesions may become infected with bacteria causing abscesses.  Failure to recognise and treat early lesions allows these abscesses to grow into significant structures.  Weight loss during the mating period causing debility may render rams more prone to infection or exacerbate existing pathology. They are difficult to identify by inspection alone and veterinary investigation is essential to establish an accurate diagnosis. 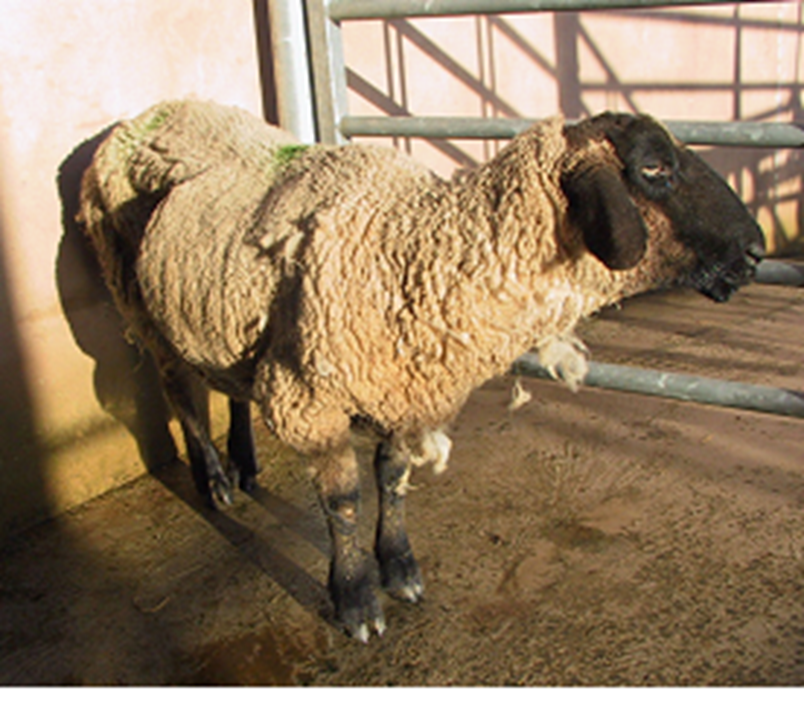 Figure 10. Lung abscesses are very common in mature rams but are difficult to identify.

Sheep with significant, chronic lung lesions present with a history of weight loss although appetite may appear normal. The rectal temperature is often slightly elevated (up to 40.0°).  At rest, affected sheep have a higher respiratory rate compared to normal sheep in the group, and cough occasionally.  There may be an occasional, thick nasal discharge. 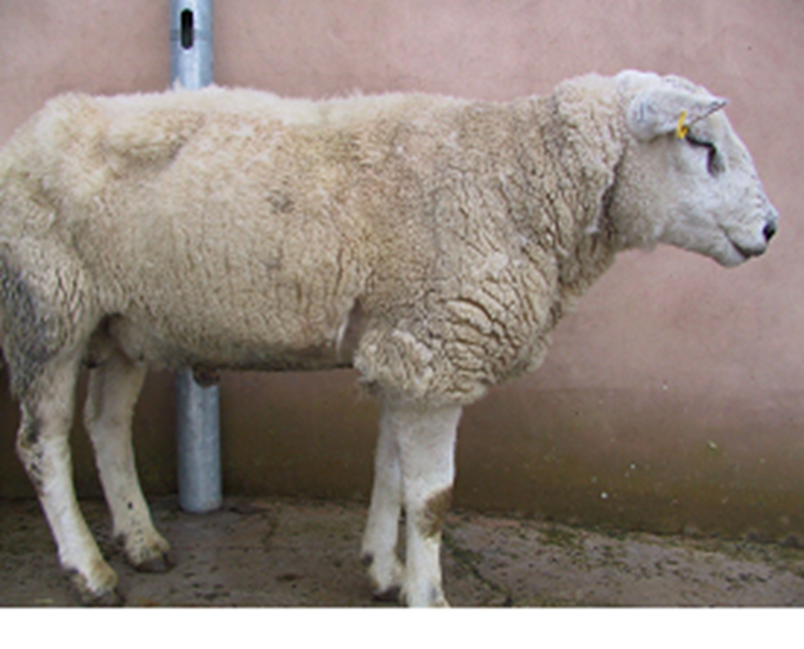 Ultrasonographic examination of the lungs has the potential to identify abscesses close to the surface or in the pleural space.

A three to four week course of antibiotics is usually required for treating valuable breeding stock with multiple abscesses in the lung or pleura. A single long-acting injection of oxytetracycline will not work.

The risks can be reduced by rearing rams outdoors or ensuring housing is well ventilated and low stocked. Signs of respiratory disease in young rams should be treated promptly to prevent abscess formation. Close attention to the diet during growth and during the breeding season should prevent the severe weight loss and debility which increases susceptibility to infection. Purchased rams should arrive well in advance of breeding and be isolated before mixing with the flock. 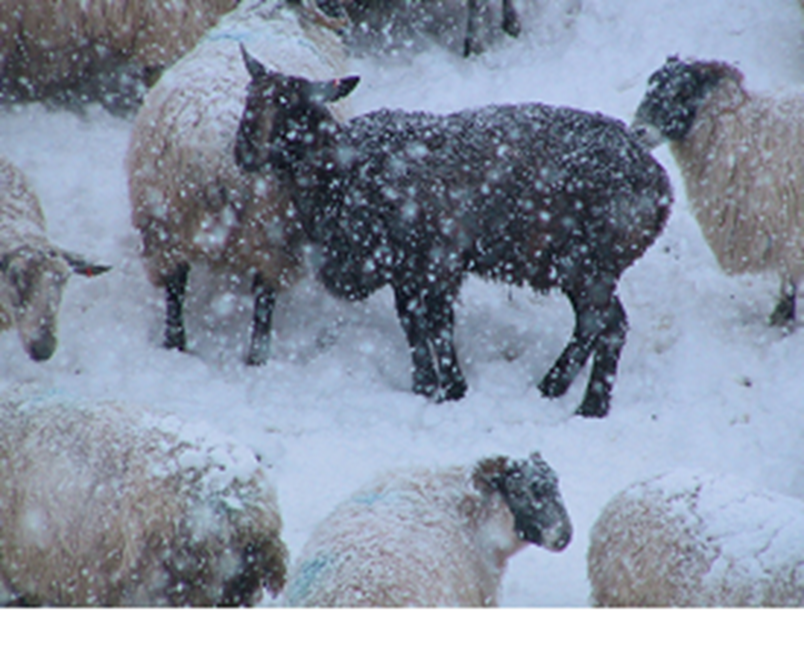 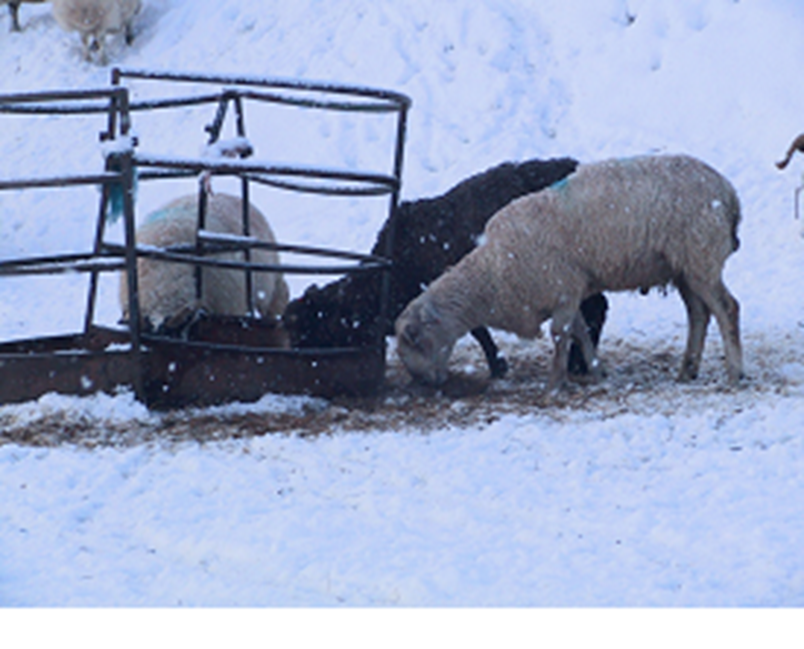