Biosecurity measures to prevent introduction of important diseases, such as ovine pulmonary adenomatosis (also known as OPA, SPA, and Jaagsiekte) are inadequate on many sheep farms.  However, farmers must not forget the large number of highly efficacious vaccines without which intensive sheep farming would prove very difficult indeed. The two most effective vaccines used in sheep are Clostridial   and Pasteurella vaccines (often used in combination).

Industry figures consistently show farmers spend £3.50-£5 per ewe on vet and medicines every year - what is your money spent on, and does it provide a benefit:cost?   There are few flocks where vaccination against the most common diseases would not prove to be financially beneficial in addition to animal welfare improvements. 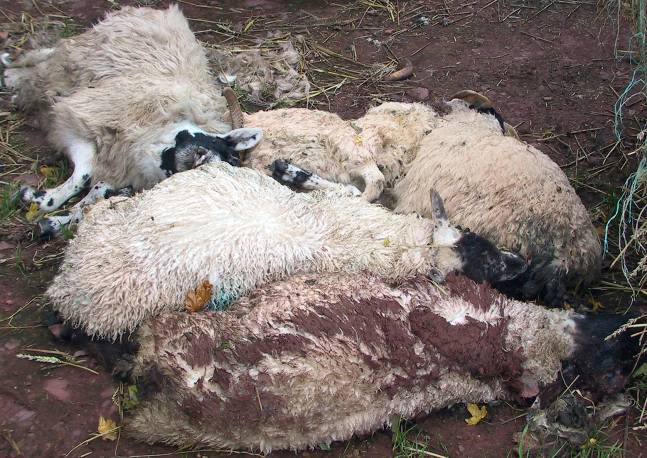 Fig 1 Are so many losses over several days not an animal welfare concern?

Clostridial diseases remain a serious threat to unvaccinated sheep; death occurs within hours of rapid bacterial multiplication and exotoxin production although lambs with tetanus can survive for several days. There are long-established vaccination protocols using toxoid vaccines which prevent all common clostridial diseases in sheep. Initially, two vaccinations are given four to six weeks apart followed by annual vaccination four to six weeks before the expected lambing date to ensure adequate accumulation of protective immunoglobulins in colostrum.  Lambs are vaccinated from three to four month-old with the programme complete before weaning unless sold for slaughter before waning of maternal antibody at around four to five month-old. All cases of clostridial disease are fatal despite treatment except for a small percentage of cases of malignant oedema (bighead) and blackleg which receive veterinary treatment during the very early stages of disease.

The more common clostridial diseases are lamb dysentery, tetanus, pulpy kidney, black disease, blackleg, struck and braxy.  Large losses can be experienced when sheep are not correctly vaccinated therefore it is surprising that a UK survey revealed that almost 20 per cent of sheep farmers did not vaccinate their sheep on a regular basis.

Sporadic cases of clostridial disease may occur in the flock in those lambs which have received nil or inadequate specific antibody in colostrum due to various factors including individual ewe not correctly vaccinated, lack of colostrum accumulation in the ewe's udder due to poor feeding/mastitis, large litter, or feeding colostrum supplements/bovine colostrum from unvaccinated donors. 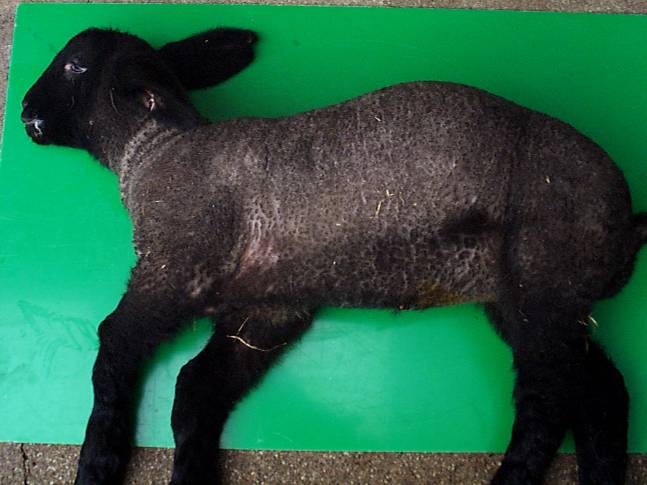 Lambs less than one week are affected at the beginning of the outbreak (Fig 2), thereafter losses occur in older lambs. Lambs are typically found dead without any observed clinical signs. 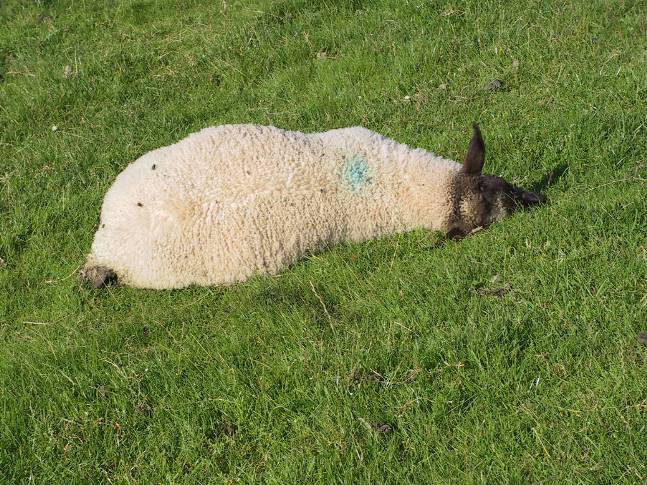 Fig 3: Pulpy kidney occurs from six months-old when passively derived antibody has waned and the lambs themselves have not been vaccinated.

Pulpy kidney occurs in four to ten week-old lambs born to unvaccinated dams, and in weaned lambs from six month-old when passively derived antibody has waned and the lambs themselves have not been vaccinated. The major clinical feature is sudden death (Figs 1 and 3).

Black disease is typically associated with migration of immature liver flukes during late summer/early autumn and can affect unvaccinated sheep of all ages. Clinical signs are rarely observed and sheep are simply found dead. 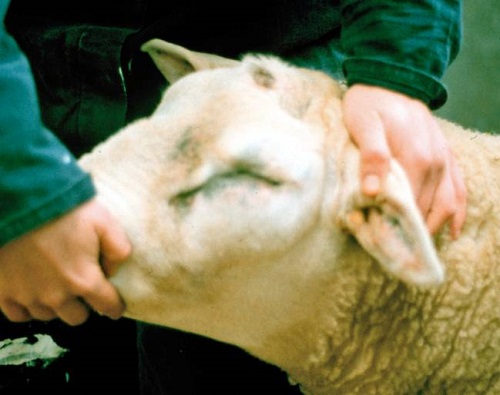 Malignant oedema is typically seen in rams during late summer/early autumn when head butting is a common behaviour. The most obvious clinical sign is marked swelling of the head particularly surrounding the eyes which forces the eyelids closed (Fig 4). 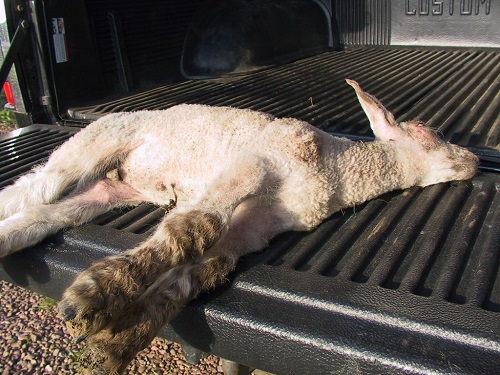 Pasteurella haemolytica (previously termed P. haemolytica biotype A, but now more correctly called Mannheimia haemolytica) is of considerable economic importance to the sheep industry causing septicaemia in young lambs, pneumonia in older sheep and mastitis in ewes. Bibersteinia trehalosi (previously termed Pasteurella trehalosi) causes septicaemia in 4 to 10 month old lambs. Systemic pasteurellosis caused by B. trehalosi is the most common cause of sudden death in lambs in the UK between August and December (Fig 6). 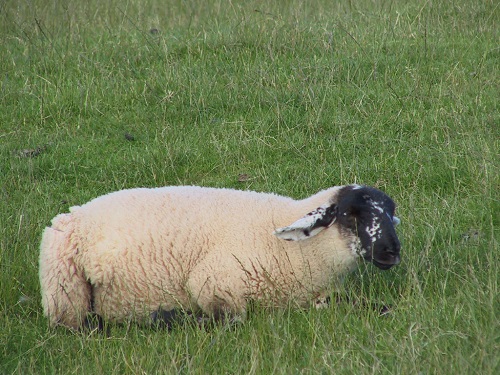 Fig 6: Systemic pasteurellosis is the most common cause of sudden death in lambs in the UK between August and December.

Prevention is best attempted using vaccines incorporating iron-regulated proteins. Since these iron-regulated proteins are antigenically similar they confer cross protection against other serotypes. Breeding ewes require a primary course of two injections four to six weeks apart followed by an annual booster four to six weeks before lambing. The pasteurella vaccine is combined with clostridial disease vaccines. However, this pasteurella vaccination regimen of the dam only provides passive immunity to the lambs for up to five weeks.

Lambs can be protected by two doses of vaccine administered from 10 day-old as colostral antibody does not interfere with the development of active immunity. Alternatively, lambs can be protected against systemic pasteurellosis by two doses of vaccine given four weeks apart with the second injection two weeks before weaning/sale but this has rarely been undertaken in most store lambs presented at markets. 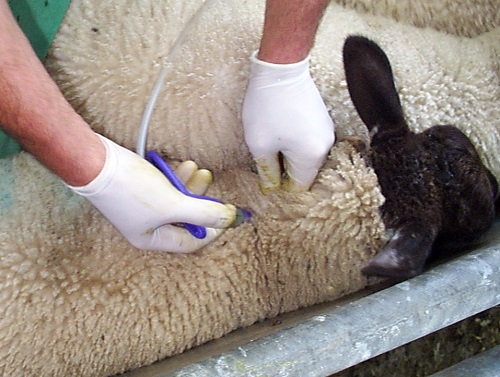 Fig 7: Farmers must not forget the large number of highly efficacious vaccines without which intensive sheep farming would prove very difficult indeed.

Farmers are advised to vaccinate their ewes against the clostridial diseases four weeks before lambing. It is advisable to vaccinate the flock as two separate groups with the later lambing ewes vaccinated one week to 10 days later than those ewes lambing in the first week. The ewes must be dry when they are vaccinated and care must be taken to ensure correct subcutaneous injection of every ewe (Fig 7). Subcutaneous injection of ewes when they are wet may result in contamination of the needle and abscess formation. Patient handling of the pregnant ewes is essential during the operation; speed is not important. Farm dogs should be kept out of the way whenever possible to reduce stress. 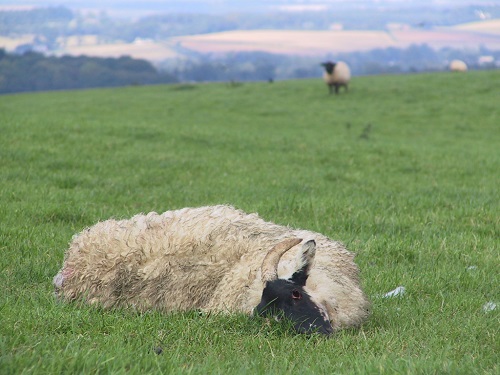 Fig 8: How many lamb losses on your farm could have been prevented by appropriate vaccination?

By ensuring ewes are in good condition at vaccination time, and receiving an appropriate level of supplementation plentiful accumulation of protective antibodies in the ewes' colostrum will be guaranteed at lambing time. The importance of ensuring passive antibody transfer within the first two hours of the lamb's life cannot be over emphasised.