Figure 1: Temperature and rainfall by region for previous months.

December 2019 started with some periods of heavy rainfall, but became drier towards the end of the month. The month was also much warmer than usual, with fewer frosts than expected at this time of year. The provisional UK mean temperature was 5.1oC, 1.3oC above the long-term average (1981-2010). This was observed across all regions in December, although the mean temperatures for the previous 3 months (October-December 2019) was generally comparable to the long-term average. UK rainfall was 116% of the long-term average overall, but varied considerably by region, with very high levels of rainfall compared to the long-term regional averages observed in the midlands, east and south of England and south of Wales, whilst rainfall for the previous 3 months was observed to be above average in East Anglia, the south of England and Wales and western Scotland.

Winter provides a good opportunity to review and plan on-farm parasite control strategies ahead of coming grazing season. Preparation will help you to develop a robust yet practical programme to reduce disease burdens, costs and selection for anthelmintic resistance. Please speak to your vet or SQP about devising a parasite control plan to work for your farm. More information on sustainable parasite control is sheep and cattle can be found on the “SCOPS” and “COWS” websites, and cattle and sheep-specific parasite control planners are available through NADIS (Figure 2), which can help devise and visualise your plan for the coming year. Important issues to bear in mind include: 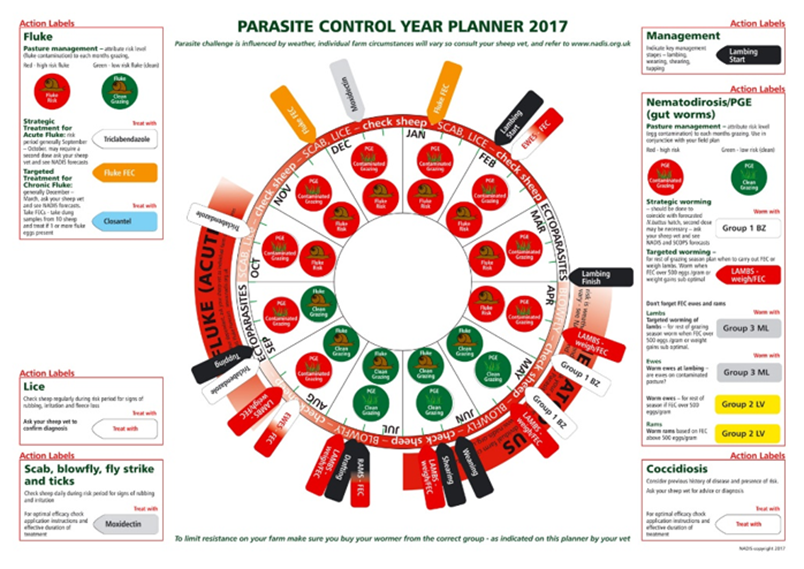 Despite the relatively mild weather experienced in November and December, development and emergence of liver fluke on pastures is likely to have arrested at this time, since development of the free-living stages of liver fluke and its intermediate snail host require average temperatures at or above 10oC. However, previously contaminated pastures will remain infective over winter and into the following season, meaning continued vigilance for signs of disease in animals grazing “flukey” pastures (areas of wet/boggy grazing and those adjacent to permanent water bodies) is necessary. Animals which have previously grazed high risk pastures towards the end of last season may be affected by chronic fasciolosis. This form of the disease is caused by adult flukes residing within the bile ducts. Such infections can affect large numbers of animals, often presenting with few or no obvious signs of disease yet negatively affecting health, welfare and productivity with reduced weight gain, milk yields and fertility in both sheep and cattle. Furthermore, chronically infected sheep and cattle can remain infected for months or even years if untreated, making them an important source of pasture contamination for the coming season. 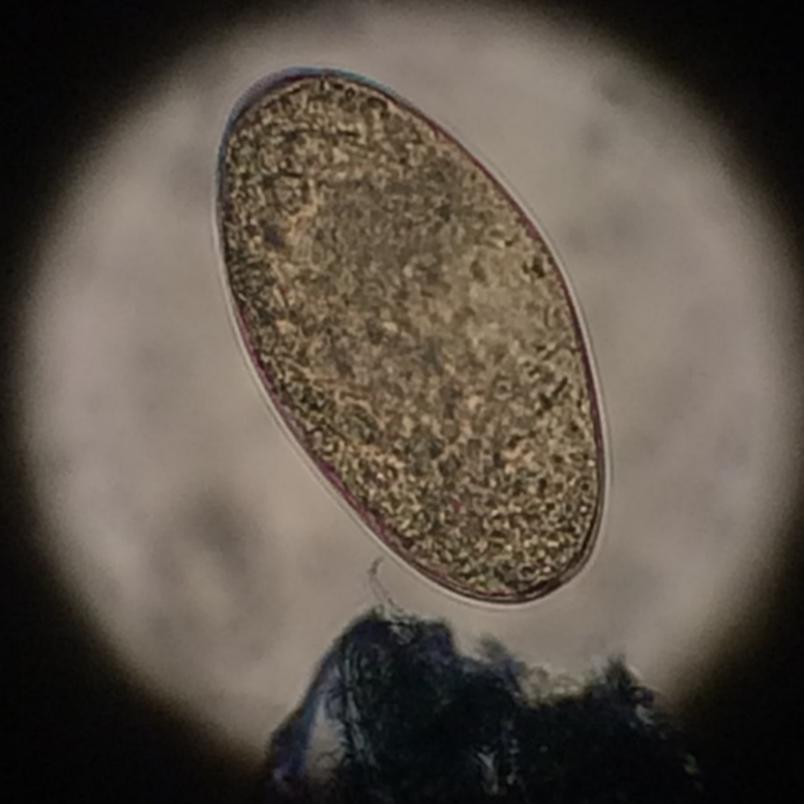 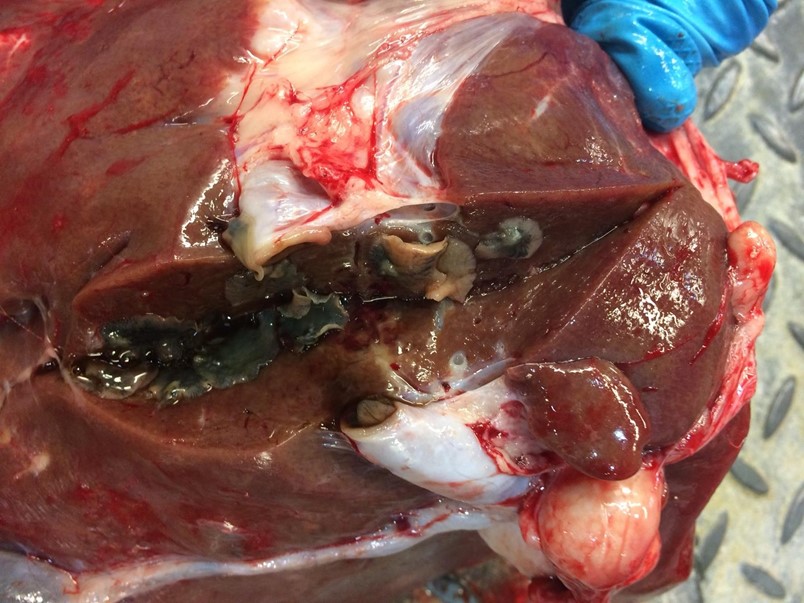 Figure 4: Getting abattoir feedback can be a useful way of identifying and monitoring fluke infection on your farm (Photo credt: Jose Del Puerto DVM OV)

Where fluke infection is identified:

For pregnant ewes, past advice given concerning the “periparturient rise” (PPR) in worm egg counts around lambing time was to treat all ewes to reduce pasture larval contamination. However, recent work has shown blanket treatment of ewes at this time with anthelmintics of any kind has very little effect on subsequent infection in lambs. Consequently, to reduce selection for anthelmintic resistance it now advised that treatment at this time is restrict to ewes in poor body condition, immature shearlings and ewe lambs only.

For Nematodirosis (disease caused by Nematodirus battus), pastures can become highly infective in a short space of time with mass hatching and emergence of infective stage larvae. This can lead to widespread and severe disease in growing lambs, typically 6-12 weeks old (Figure 4). SCOPS produces a risk forecast for Nematodirus based on local climatic conditions from mid-February onwards to help predict when “peak hatch” periods are likely to occur. Usually this occurs from mid-March/April onwards, but can happen sooner under favourable conditions, so vigilance is advised. 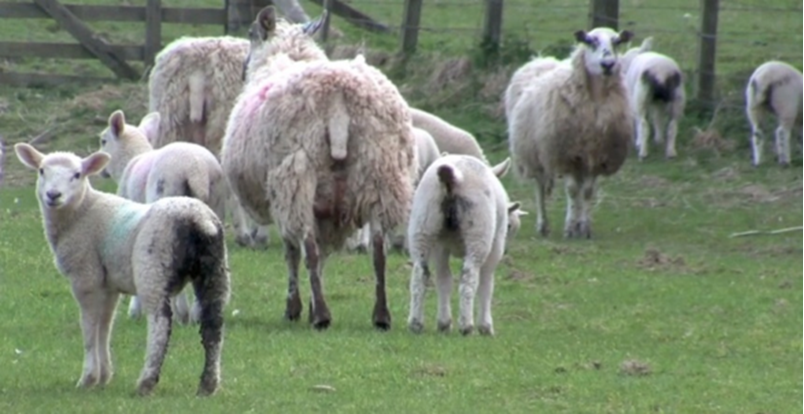 Figure 5: Nematodirus battus infection can cause sudden onset, severe diarrhoea in first season lambs often with characteristic soiling around the back end.

Scab (mite) and louse infestations can become a significant problem in sheep flocks over the autumn and winter months, typically September-April. Whilst the signs of scab and louse infestations are similar, treatment options may differ considerably since scab mites live on the skin, whilst lice reside within the fleece. This makes diagnosis an important first step towards treatment.

Sheep scab is caused by psoroptic mites (Psoroptes ovis). Infestations cause loss of condition, secondary skin infections and potentially death if not treated. When examined, the fleece may be wet, sticky and yellow due to serum discharge and the skin may become thickened and corrugated. Studies show scab mites can remain infective in the environment for up to 17 days. Consequently, fields, sheds and pens where infected sheep have been kept and handled should be considered a potential source of infection to other sheep during this period.

Louse infestations in the UK are mainly caused by chewing lice (e.g. Bovicola ovis) and may present in a similar, but less severe way to scab. Thin sheep tend to be most greatly affected, with widespread louse infestations often indicative of another underlying problem within the flock. 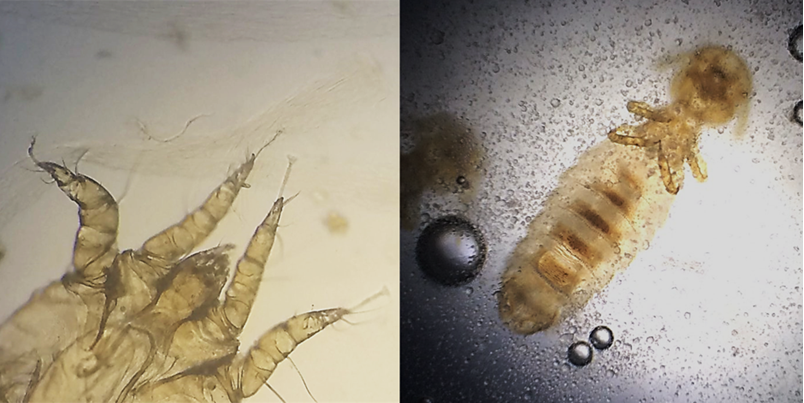 Figure 6: Psoroptic mites (left) can be identified from skin scrapings, whilst louse infestations can be confirmed in affected fleece (right). Photos courtesy of Dr Joseph Angell.

Where treatment is required:

Growing cattle not dosed appropriately at housing following their first or second grazing season may be at risk from type-2 ostertagiosis. This condition results from the triggered mass emergence of encysted larval infections in late winter/ early spring. Such infections cannot be assessed accurately by worm egg count. Risk should instead be determined by considering previous grazing and treatment history. 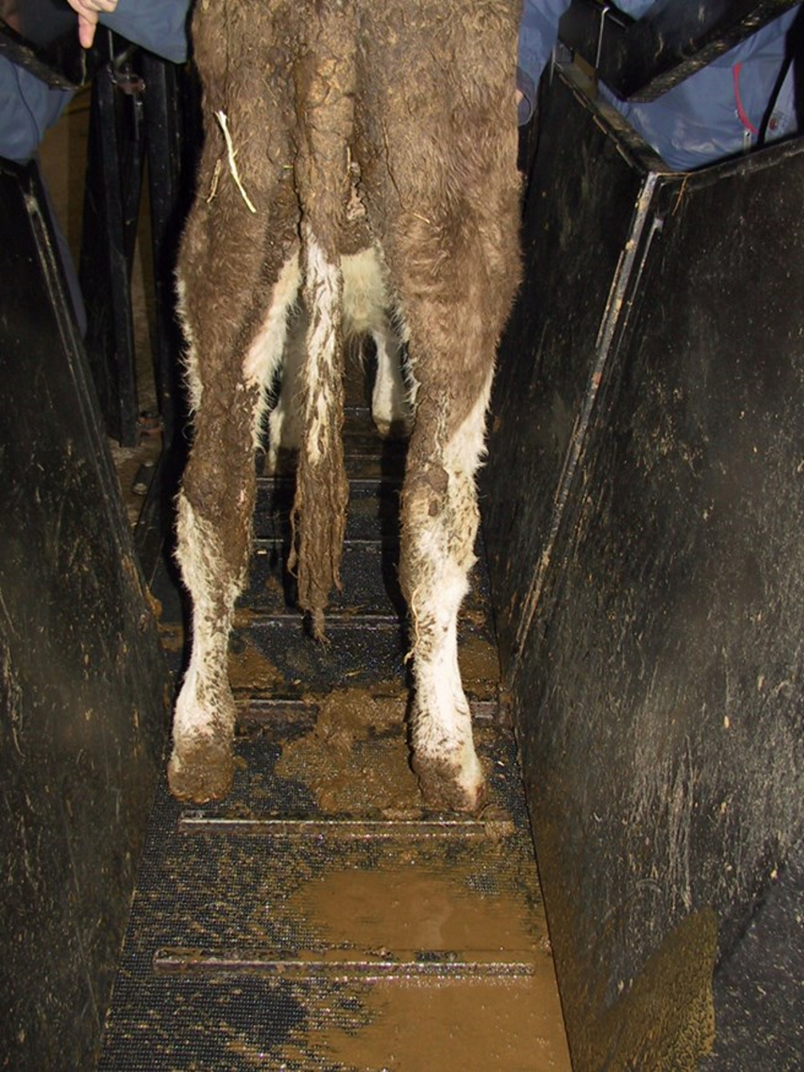 Figure 7: Young stock not dosed in the autumn may be at risk from type-2 ostertagiosis towards the end of the housing period.

On farms with a history of lungworm infection, vaccination offers a valuable tool for protection against disease in calves (Figure 8). Since the lungworm vaccine is live, it must be purchased fresh ahead of each grazing season. Planning and ordering the number of doses required for your farm well in advance is therefore advisable. 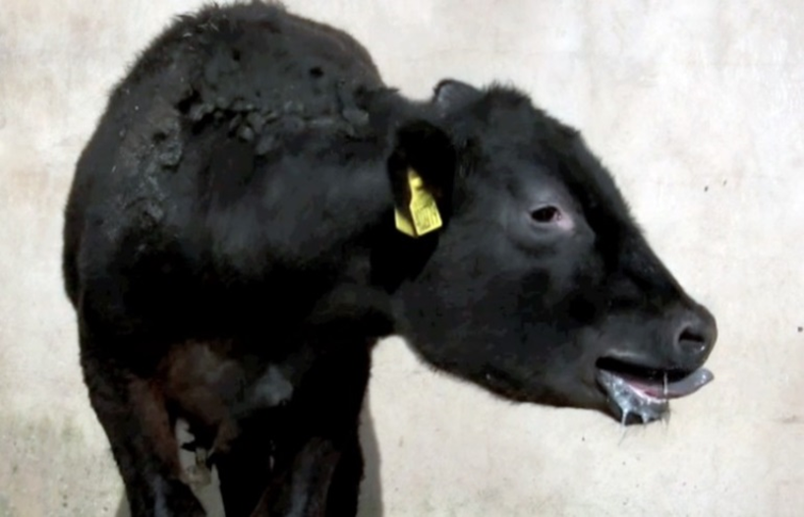 Figure 8: Lungworm infection can be a very serious problem for youngstock. On farms with a history of disease vaccination can be hugely valuable in reducing disease incidence and severity, but must be ordered and planned well in advance.

Louse and mite infestations in cattle are not uncommon during winter housing (Figure 9). Generally low level infections are not of major concern, but heavy louse infestations may indicate an underlying management or health issue and, where sucking lice are present, may cause anaemia compounding existing problems.

A range of pour-on and spot-on synthetic pyrethroid products are available with efficacy against lice, whilst group 3-ML pour-on preparations are also effective, with injectable group 3-ML preparations effective against sucking lice.

A relatively small number of injectable and pour-on group 3-ML based products are available in cattle against mange mites, with some and pour-on synthetic pyrethroids preparations also effective. Where mange infestations are a cause for concern, please seek veterinary advice concerning further diagnosis, as the type of mite causing disease will help to inform treatment choice. Psoroptic mange in particular can cause severe disease (Figure 9) and in outbreaks treatment is usually necessary for all in-contact animals to achieve elimination.

Where treatment of ectoparasites is indicated, it is advisable to follow up with further examination and diagnostic testing. Resistance to synthetic pyrethroids has been identified in lice, whilst treatment of psoroptic mange with group 3-MLs can produce varied results often requiring multiple treatments. It is also important to note that scab mites can live in the environment for 2-3 weeks, meaning good disinfection and biosecurity measures are important for control. For more information on ectoparasite control in cattle please speak to your vet or SQP, and see the “COWS” guidelines. 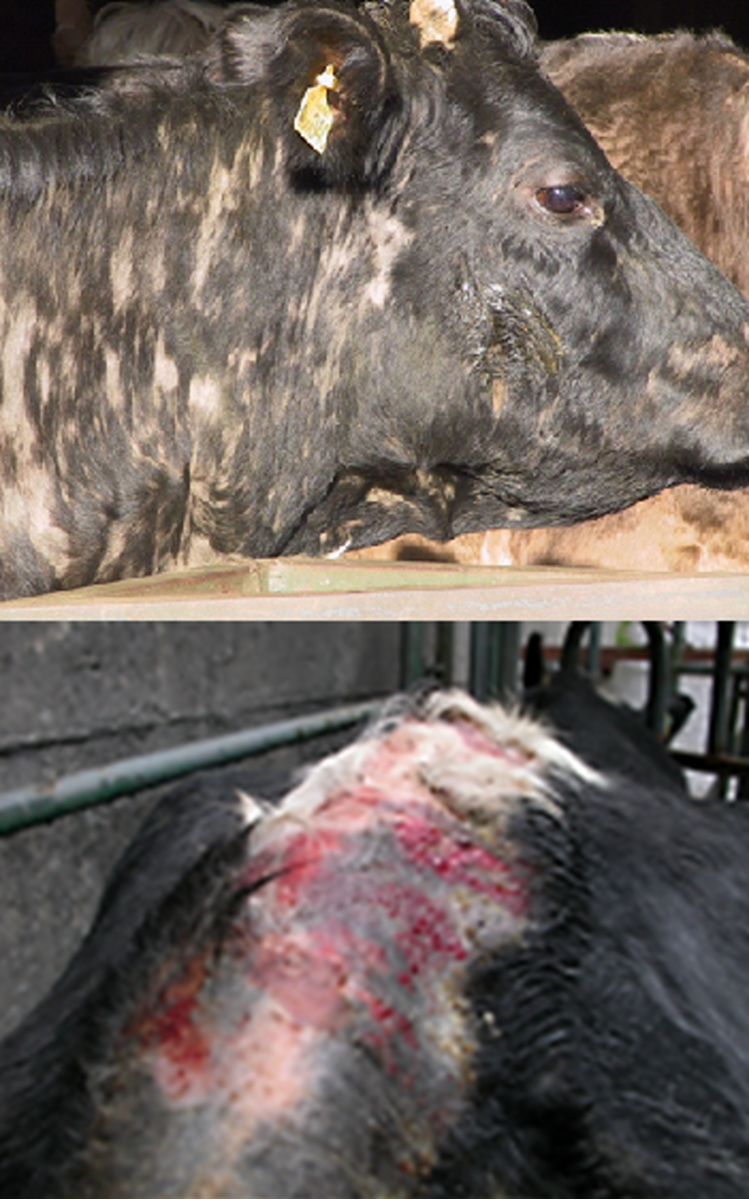 Figure 9: Ectoparasites (louse and mite infestations) in housed cattle usually produce only mild, self-resolving signs (top). However, some parasites and circumstances, such as psoroptic mange (bottom) can lead to more severe disease and the need for appropriate treatment informed by diagnosis. 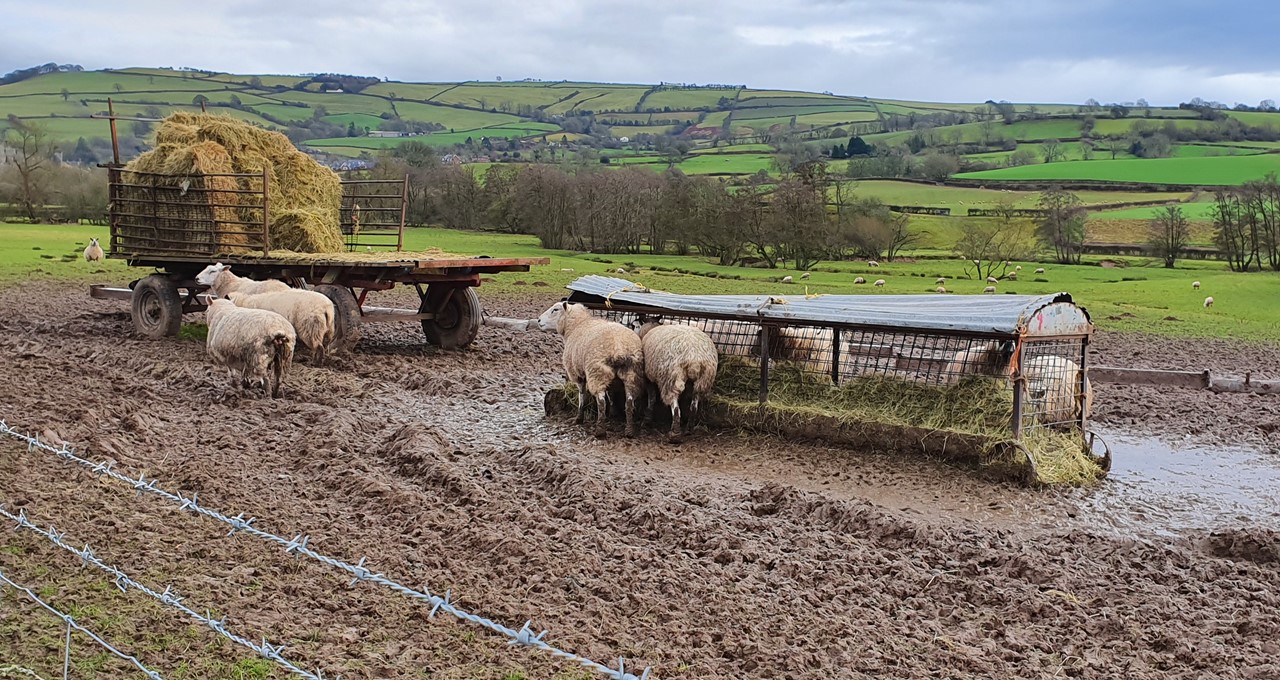