Influenza in all mammalian species is caused by specific viruses that have the ability both to jump species and recombine to produce new strains that can then affect one or more species.  The close proximity of people, pigs and ducks in Chinese rural society provides a natural kitchen where the viruses can be brewed up.

In recent years a new strain of influenza has emerged in people (initially in Mexico but now worldwide), which has been referred to in the popular press as "Swine Flu", although it is categorised as Influenza A H1N1 09v (North America).  Whilst WHO declared it a  pandemic of influenza in people in June 2009, the virus has not been derived directly from pigs and in fact has shown the ability to operate as a reverse zoonosis - pigs have become infected from people.

Prior to 1985, Swine Influenza (SI) in pigs had not been seen clinically in the UK although subsequently investigation have shown that one specific strain - also derived from human beings (H3N2) - has been present in the pig population since 1968.  This strain was first detected as causing clinical disease in 1986, 1 year after the first SI cases caused by a  pig specific H1N1 strain.  Subsequently a new strain appeared in 1991/2 which was a recombinant of the H1N1 pig strain and an avian influenza strain and was designated H1 A/SW/195852/92.  Coming together with infection by PRRS (Blue Ear) this strain was particularly severe.  Furthermore through the 1990's other strains such as H1N2 and H3N1 have been detected in pigs.

The disease is now common throughout the UK causing sporadic disease in individual herds, occasionally across areas, and in some farms can cause persistent problems for a number of months.  Reports from APHA covering the winter period of 2015/6 reveal that disease outbreaks have been common but in most cases they have been due to either the human pandemic strain A H1N1 09v or H1N2. Like human flu, it is more prevalent in winter conditions - when virus survival is good - although cases can be seen at any time of year. A high level of disease in people with the pandemic strain raises the risk of pigs becoming infected, potentially on a wide scale. 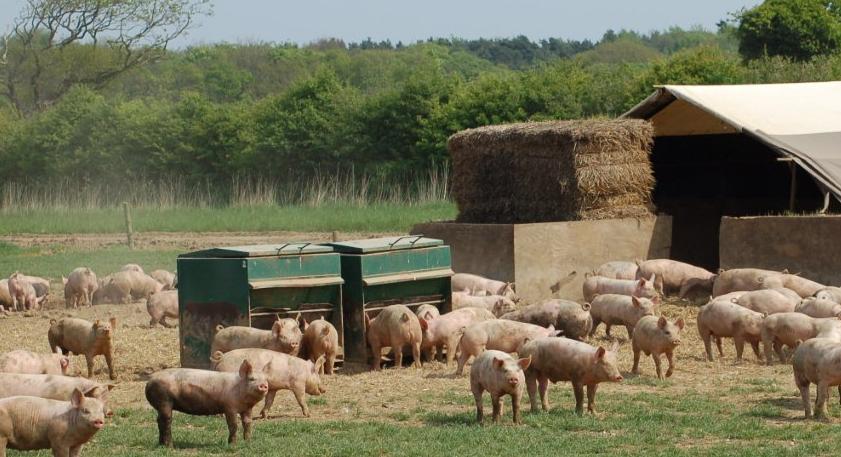 Fig 1: Outdoor reared pigs are vulnerable to Swine Influenza and lungworm larvae can harbour the virus (courtesy of AEJ Waddilove). 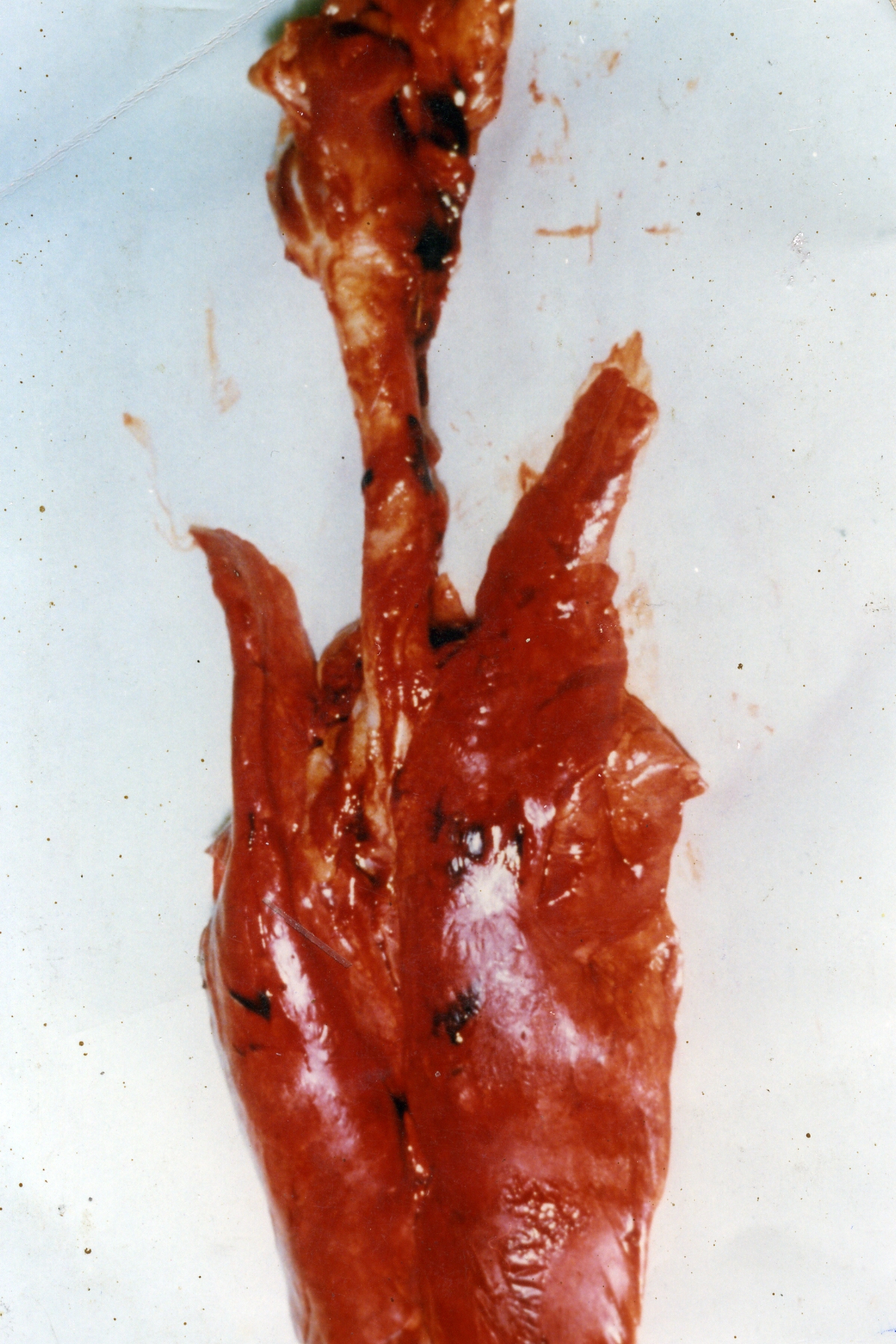 Fig 2: Whole lung consolidation as a result of experimental Swine Influenza infection - rare in the field. 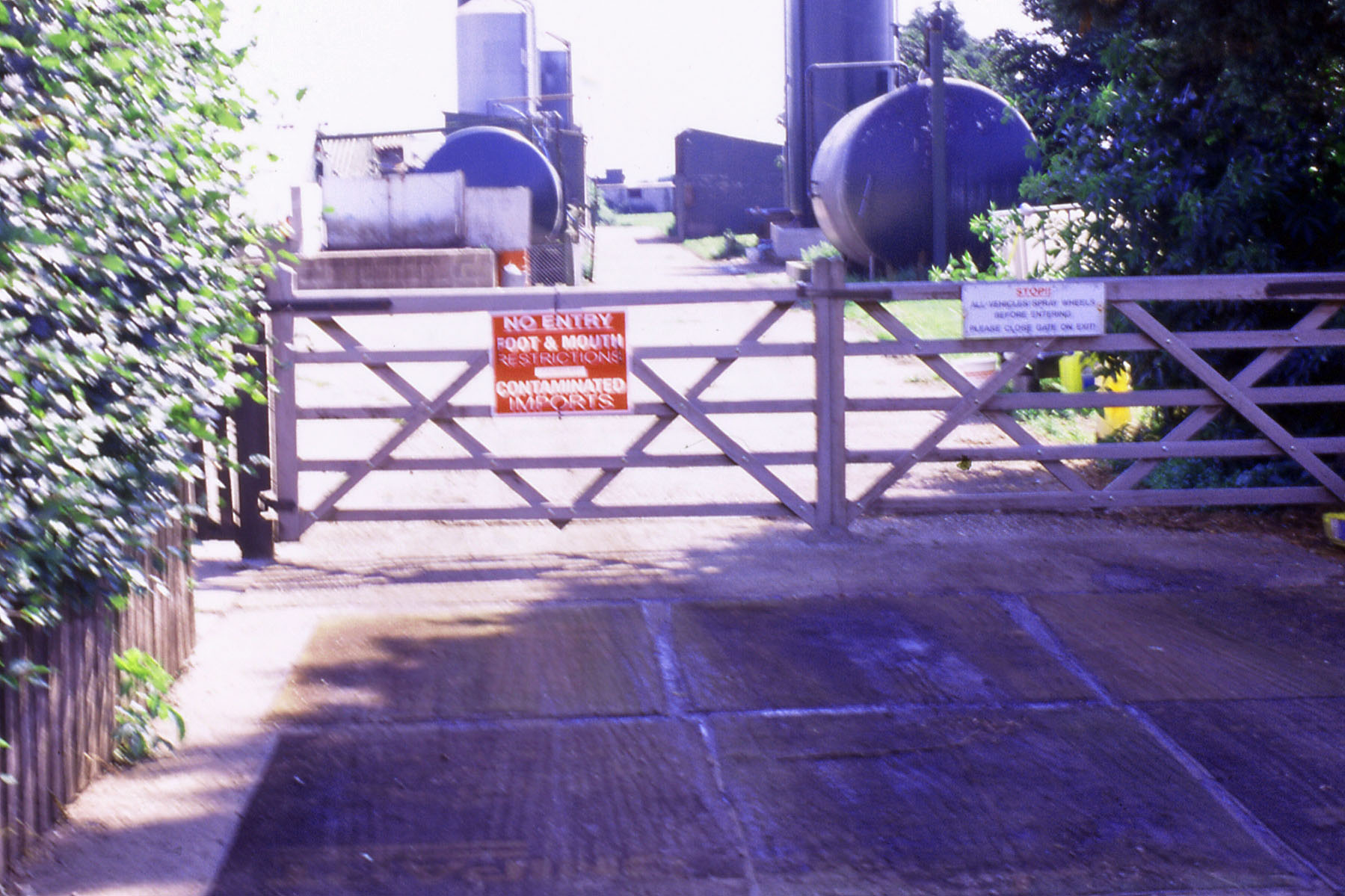 In its classic form, SI is an explosive epizootic disease affecting all or part of a herd within a very short time frame.  The virus spreads via aerosol and nose to nose contact and with a 24 hour incubation period, disease spreads rapidly.

Typically affected pigs will be very depressed, totally inappetant, have high rectal temperatures and exhibit an intense persistent dry cough. Nasal discharge and inflammation of the eyes may be seen.  Within a building of growing pigs up to 100% will be affected with the building taking on the picture of total inactivity but extensive coughing.  The disease will normally run for 3-5 days in individuals which - provided they are not affected with secondary disease - will fully recover and continue to grow normally.  Death from uncomplicated SI is rare.

Sows affected may lose their milk and infertility can result in sows around service or those within the first month of pregnancy.  Abortion may occur in individuals associated with a persistently high temperature.  There is a belief that the disease can cause infertility in otherwise unaffected sows i.e. clinical respiratory disease is not necessarily seen in infected sows.  Affected boars can be rendered infertile for up to 6-8 weeks if they have suffered persistently high temperatures.

The rapid development and recovery from the disease is accompanied by a rapid fall off in virus excretion such that within 14 days of clinical recovery of the last pig it is extremely unlikely that there will be any excretion.  Survival of the virus in the environment is short and therefore in the classic case the whole outbreak would be expected to disappear within 2-3 weeks.

However, particularly in association with H1 A/SW/195852/92, persistent recycling of disease was seen in nursery areas affecting pigs in the 5-7 weeks age bracket often in combination with PRRS virus - the so called "Blue Flu".  The disease was perpetuated by infection of younger pigs from those 1-2 weeks older as the maternally derived colostral protection wanes at 5-6 weeks old.  Proper separation of age groups with all in all out management can break this vicious cycle of disease.

Equally as herds have got larger especially but not only in the outdoor sector, the disease maybe slow to circulate and thus can become an enzootic problem in the herd due to the existence of subpopulations of non-immune sows.

Experience with infection in pigs with the new Influenza A H1N1 09v human strain and with the recombinant H1N2 suggests that disease in pigs is at the milder end of the spectrum for influenza in pigs but whilst still a significant disease highlights the variation between strains.

However, within the pig farm the clinical severity of disease and the time frame of an outbreak from start to finish will be strongly influenced by the layout of the farm (the more intensive, the shorter the duration but potentially more severe) stocking rates (likewise) and background health.

A sudden onset outbreak of respiratory disease particularly with low mortality in different ages of pigs whilst highly suggestive of influenza should be differentiated from PRRS and Mycoplasma (Enzootic) pneumonia particularly in naïve herds and possibly even mild disease associated with Actinobacillus pleuropneumoniae.

The disease can be spread by recently infected recovered pigs but for this reason the breeding companies in the UK usually adopt a policy of suspending sales from multiplication farms during an outbreak and for at least 3 weeks after the last case has been seen on the farm.  This would usually give a 6-week shutdown. Isolation/quarantine on entry provides additional security against SI and many other diseases that are spread in live pigs.

The disease is believed to spread on the wind and experience indicates that it can spread many miles in this way.

As has been highlighted with H1N1 09v people can spread disease onto the farm and this may have occurred historically with other strains, although this claim remains equivocal.

Birds may also act as transmitters of the disease from farm to farm either as formites or actual carriers.

Furthermore, some influenza viruses have been found in the larvae of the lungworm (Metastrongylus apri) and this could in theory be perpetuated and spread within the pig farm.  The rarity of this parasite - restricted to outdoor situations due to the need for an earthworm intermediate host - means that practically, lungworm is not a major contributor to the biology of Swine Influenza (fig 1).

Acute influenza would be suspected from the clinical signs presented within a herd.  Deaths are unusual - but not unknown - and so post mortem material is rarely available.  Where it is, the lungs can be uniformly consolidated although this is not diagnostic. (Fig 2)

Samples from affected lungs or naso-pharyngeal swabs collected in special transport medium are currently tested free of charge by the Veterinary Laboratory Agency (VLA).  Appropriate media is available from the local VLA office.  In addition the development of PCR tests based on saliva samples has opened up the possibility of diagnosis being confirmed by  testing large numbers of pigs using cotton ropes hung in pens to acquire sufficient saliva

Attention to high standards of biosecurity, isolation of incoming stock away from the main farm and siting of the unit have parts to play in the prevention of many diseases in pig farms.  The same applies with Swine Influenza if the disease is within an area it may be inevitable that it spreads to all or most farms.  Bird proofing of indoor units is often very difficult and totally impossible in outdoor herds.

Due to the reverse zoonotic ability of the human pandemic strain people represent a major risk to the pig farm both as a primary source of infection but also as spreaders of the disease from farm to farm.  Where disease is suspected, a minimum 48-hour clear period is required before people visit other pigs.  This should apply to Veterinary Surgeons, electricians and maintenance personnel and shared farm staff.

The issue of health of farm staff presents a particularly difficult dilemma.  Clearly any staff who are ill should not be at work.  However, prior to developing clinical influenza, infected people may well be excreting virus.  Furthermore, upper respiratory tract disease (colds, coughs, sniffles etc) are common in pig staff - especially those working indoors - and it is very difficult to decide if this presents a risk.  If all staff showing any suspicion of Swine Influenza kept away from the pig farm, there would be few staff working!

Vaccines for influenza in pigs are available in the UK they are designed to protect against the older strains known to be present in the pig population (H1N2 H3N2 (not circulating in the UK for nearly 20years) and H1N1. It is unlikely that existing Swine Influenza vaccines would prove effective at preventing clinical disease due to the human H1N1 09v strain. The fact that in many instances SI is a transient disease within a herd makes it difficult to justify the cost of vaccination.

There is no treatment available for influenza being a viral disease and in the absence of secondary infection none is needed.  The pigs will spontaneously fully recover within 1 week.  The use of aspirin via the water system of paracetamol in feed may play a useful role as support therapy and accelerate individual pigs' recovery from the disease. However, SI has the ability, particularly in grower pigs, to trigger other disease most noticeably Actinobacillus pleuropneumoniae.  Indeed many of the explosive outbreaks of the latter have subsequently been shown to have occurred on the back of a previously unrecognised SI outbreak.  In such cases rapid treatment with appropriate antibiotics is essential to reduce the potentially catastrophic losses that can result from this disease.  In uncomplicated Swine Influenza, growth will slow during a disease outbreak and pigs will not be fit to slaughter when ill.  Care is needed to avoid overcrowding and it may be necessary to reduce slaughter weight once disease has passed.

Swine Influenza has been a concern to UK pig keepers for more than twenty years with strain variation producing disease that varies from barely noticeable to whole herd inappetance and respiratory disease.  The potential risk from the more recent human pandemic strain to pigs as a reverse zoonosis adds to the concern not only as a primary source of disease but also as a result of the potential to mix with existing 'flu strains in pigs and produce an even more potent strain for both pigs and people.