Like many species the domesticated pig still retain some elements of seasonality in its breeding cycle but 2 distinct patterns can be discerned which can reduce fertility leading to lost production, uneven farrowing patterns and disruption to the overall management of the commercial unit.

Successful service represents the start of the production cycle of the pig farm and is thus key to production; any disruption to it has a cascading effect throughout the farm. 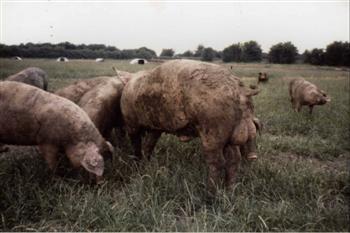 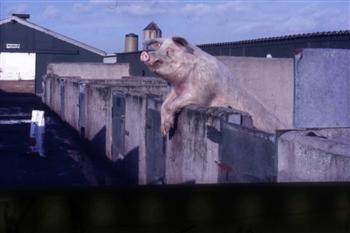 Fig 2: Indoor systems however can be vulnerable to the weather and lighting patterns 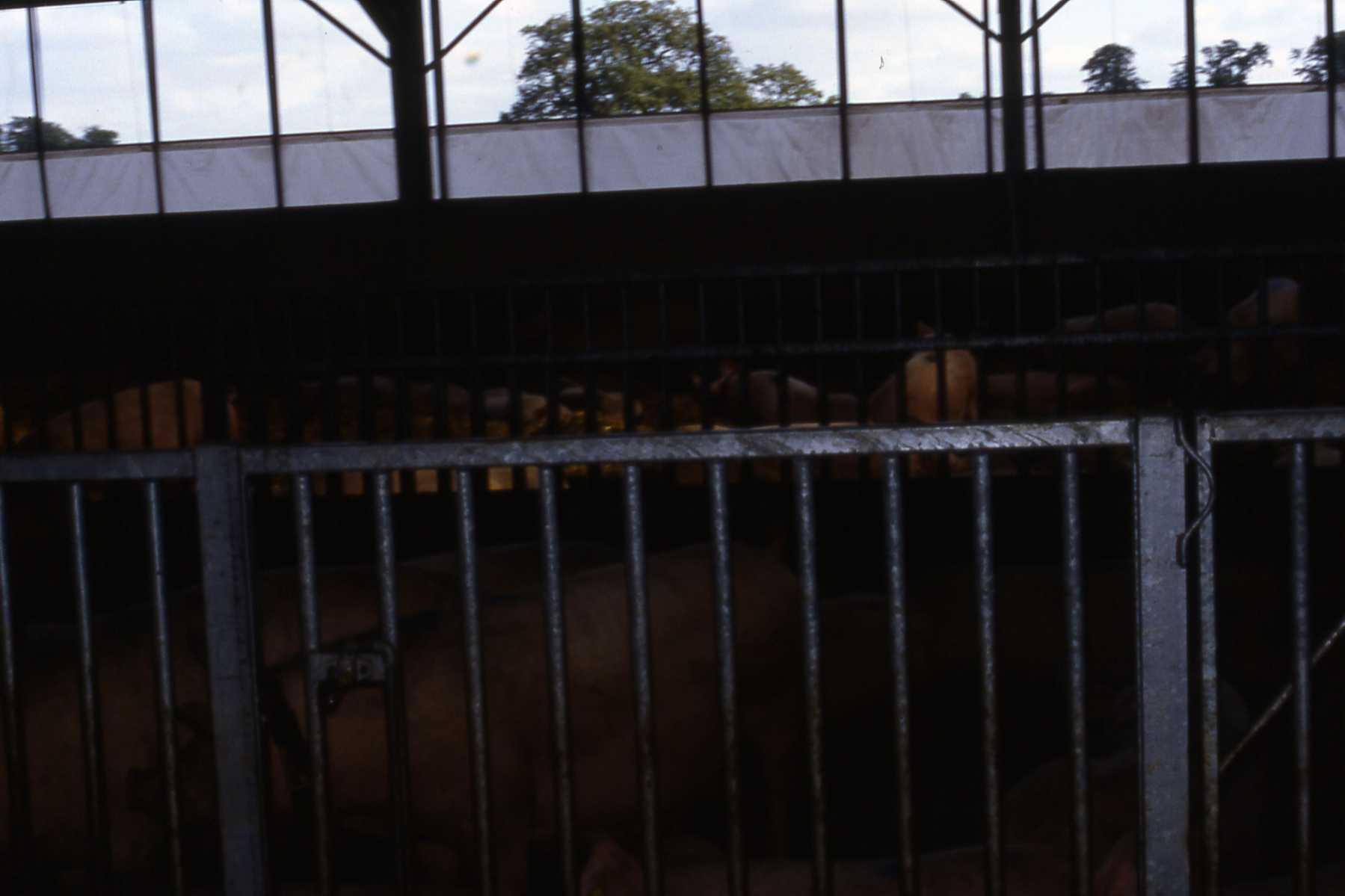 Fig 3: Any sow house exposed to natural lighting can be vulnerable to the rapid decrease in day length that occurs in autumn 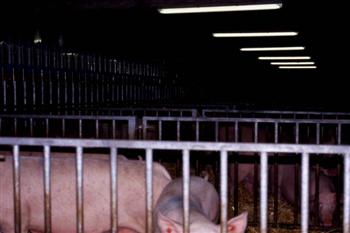 Firstly problems may occur in early to mid summer (June-August) as a result of high temperatures.  Whilst outdoor herds and those in southern sheltered areas may be more vulnerable, temperatures in buildings of over 30ºC are not uncommon sporadically throughout the UK.  This appears to have several potentially damaging effects:-

1) Reluctance of boars to work (reduction in libido).

2) Deterioration of semen qualityor volume of semen produce from boars.

3) Deterioration of AI  semen in transit.

6) In extreme cases heat stress can kill or cause abortions - especially in the heavily pregnant sow.

Where such temperatures are expected dampening floors or even the outside roof can cool buildings but adequate insulation and ventilation will go a long way to offset high air temperatures.  Plenty of cold drinking water should also be available and where appropriate, wallowing areas can help.  However, with outdoor sows, wallows in farrowing pens should be avoided as they encourage litter desertion.  It may also be appropriate to reduce the amount of bedding material to increase heat dissipation.

Secondly, each year, some farms suffer from a drop in fertility levels in later summer/early autumn, which appears to be unrelated to either infectious disease or husbandry factors.  This is usually termed autumn or seasonal infertility but can almost run on from summer (hot weather) infertility. It represents a biological reaction to changing climatic conditions through the year and is thus more of a natural consequence for the pig than adverse reactions to heat.

The key features of autumn infertility are:-

1) Young breeding animals and particularly gilts are more likely to be affected than older sows.

2) It can present as a delay in onset of oestrous, complete failure to cycle or an in increase in returns to service - usually at regular 3 week intervals.  Abortion in later pregnancy is not uncommon.

3) In a typical year, the problem starts in mid September and runs through to late October - specifically sows and gilts served at this time.

4) In years where a poor summer has been experienced the effect may occur 2-3 weeks earlier than usual and will tend to be more widespread.

5) Some farms are particularly vulnerable, seeing some evidence every year, whilst others may only see the effect every few years or never.

A number of factors have been proposed that may trigger the problem.

1) Most significant is lighting patterns.  During the high risk period, the day length is decreasing at its most rapid rate - approximately 30 minutes per week of daylight is lost for each day during this time. This is believed to have an effect on a complex chain of hormones produced in the brain which "shut down" the reproduction system.  It seems likely that a summer of low light levels reduces the "start point" of the sow as day length starts to decrease, offering an explanation for higher and early incidence after poor summers.

2) Day/night temperature variation tends to increase in the autumn.  The pig is poor at controlling body temperature and it is suggested that a chilling effect will occur in a cool night following a warm day, leading to a deficit in blood sugar.  This will have the effect of reducing the levels of insulin released, which act as a trigger to the reproductive cycle.

3) Sunspot activity which induces ionising radiation is high in the autumn (as indeed it is in spring) and this has been suggested as one of the more obscure factors in triggering autumn infertility.

It is relevant to point out that the wild pig is a seasonal breeder, not designed to produce a litter in the depths of winter.  It is widely believed that autumn infertility is a throw back to nature triggered by environmental factors.

Farrowing rates can drop by 15-20% in severely affected herds leading to a drop in numbers of sows farrowing at the end of the year and often a consequential surge in production following this as returns are reserved.

In the indoor herd, lighting levels can be controlled, although many sow houses now tend to be more heavily influenced by natural light than was the case in the days of stalls and tethers.  A day length of 14-16 hours lighting appears to be advantageous in reducing the diminishing natural light but this must be provided from earlier in the summer - beginning of August at the latest - to be wholly effective.  The light should be sufficient at pig level to be able to read small newsprint (so make sure your pigs can read!).

This clearly cannot be done in the outdoor environment.

Feed levels should be increased for all weaned and served sows by 0.25-0.5kg per head per day from early September, unless plenty of good quality barley straw is available which will supply increasing energy needs.

There may be a benefit of increasing boar contact with gilts and sows after service during the danger period - the boar is believed to have a stimulating effect on the establishment of pregnancy.  This contact should be physical - not just fence line - and intermittent for 20-30 minutes every 24 hours.

In herds known to be vulnerable to autumn infertility - particularly those outdoors - it is common practice to reduce culling of older sows and increase gilts services in late summer, early autumn to offset the drop in fertility and, hence, aim to maintain farrowing targets towards the end of the year, thus maintaining breeding herd output and ultimately baco sales in early spring and mid-summer.