With the widespread use of highly effective E coli vaccines in sows to protect the neonatal pig from scour associated with these bacteria, one of the more common causes of such disease in baby piglets is rotaviral infection.  Because it is a virus, antibiotic treatments are ineffective and to date there are no vaccines available.  Management techniques and support therapy thus form the basis for control and treatment of this condition. 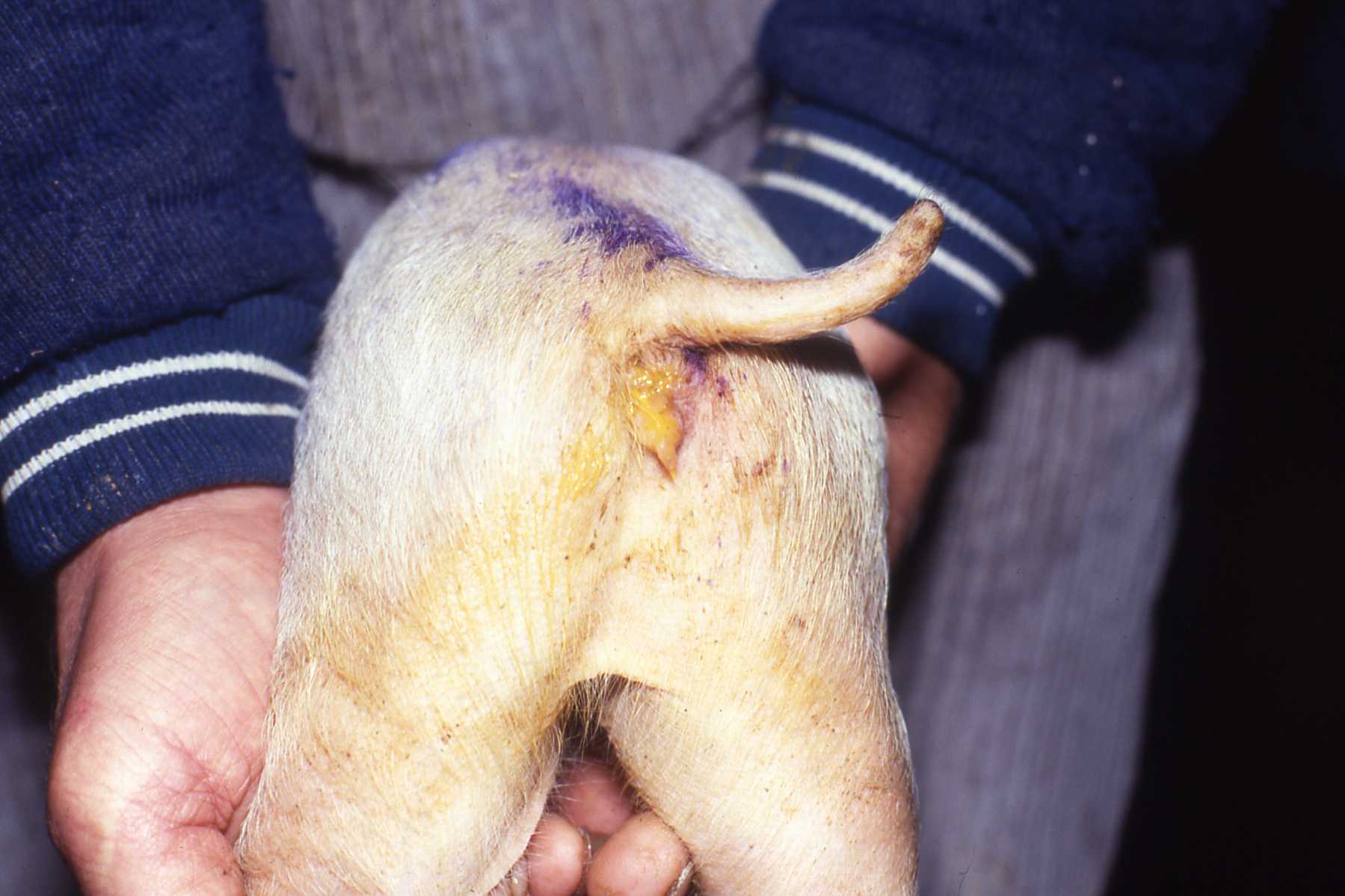 Fig 1: Scour due to rotavirus can be variable in character 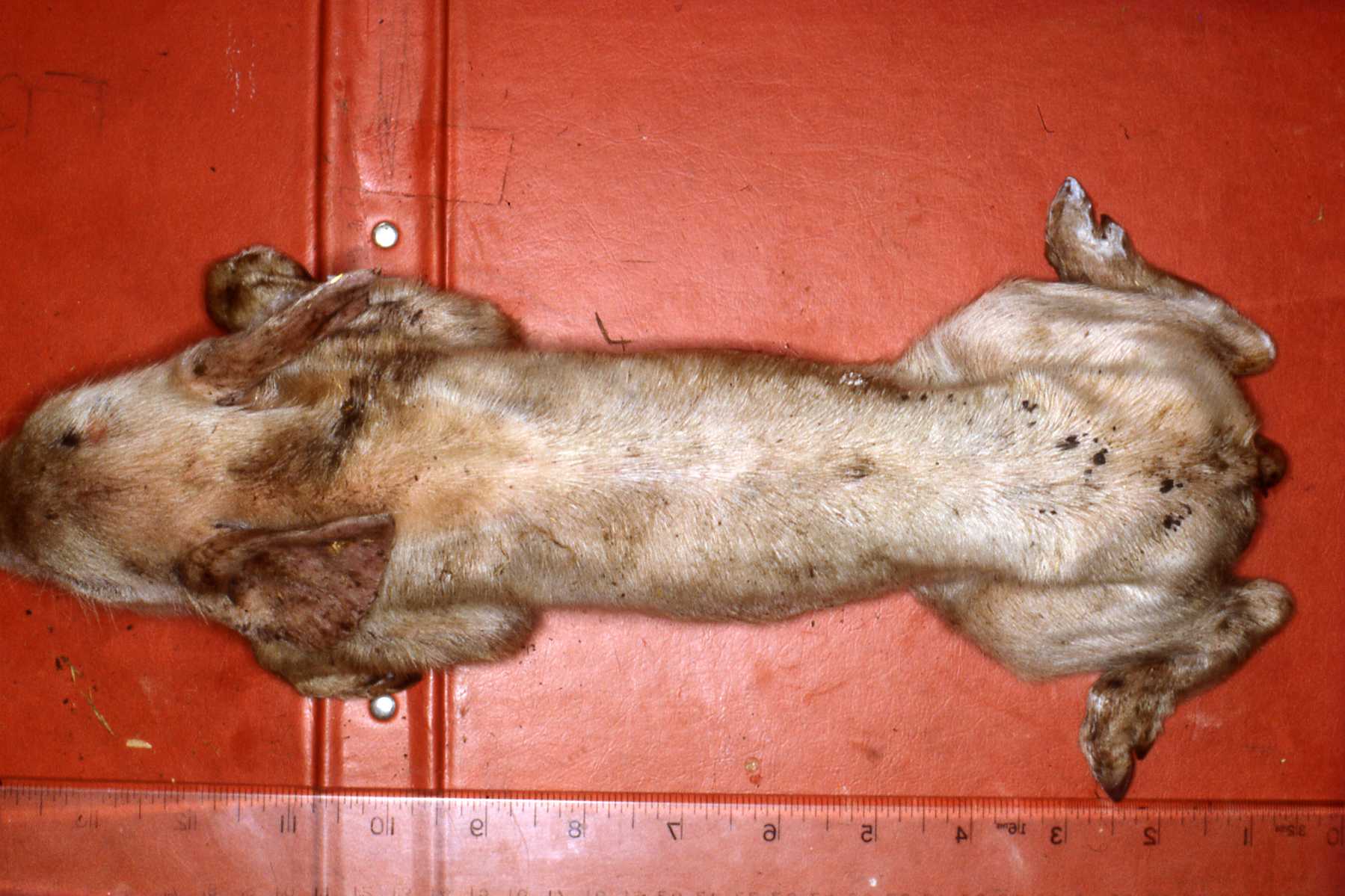 Fig 2: Dehydration is a common result of rotaviral disease in young piglets 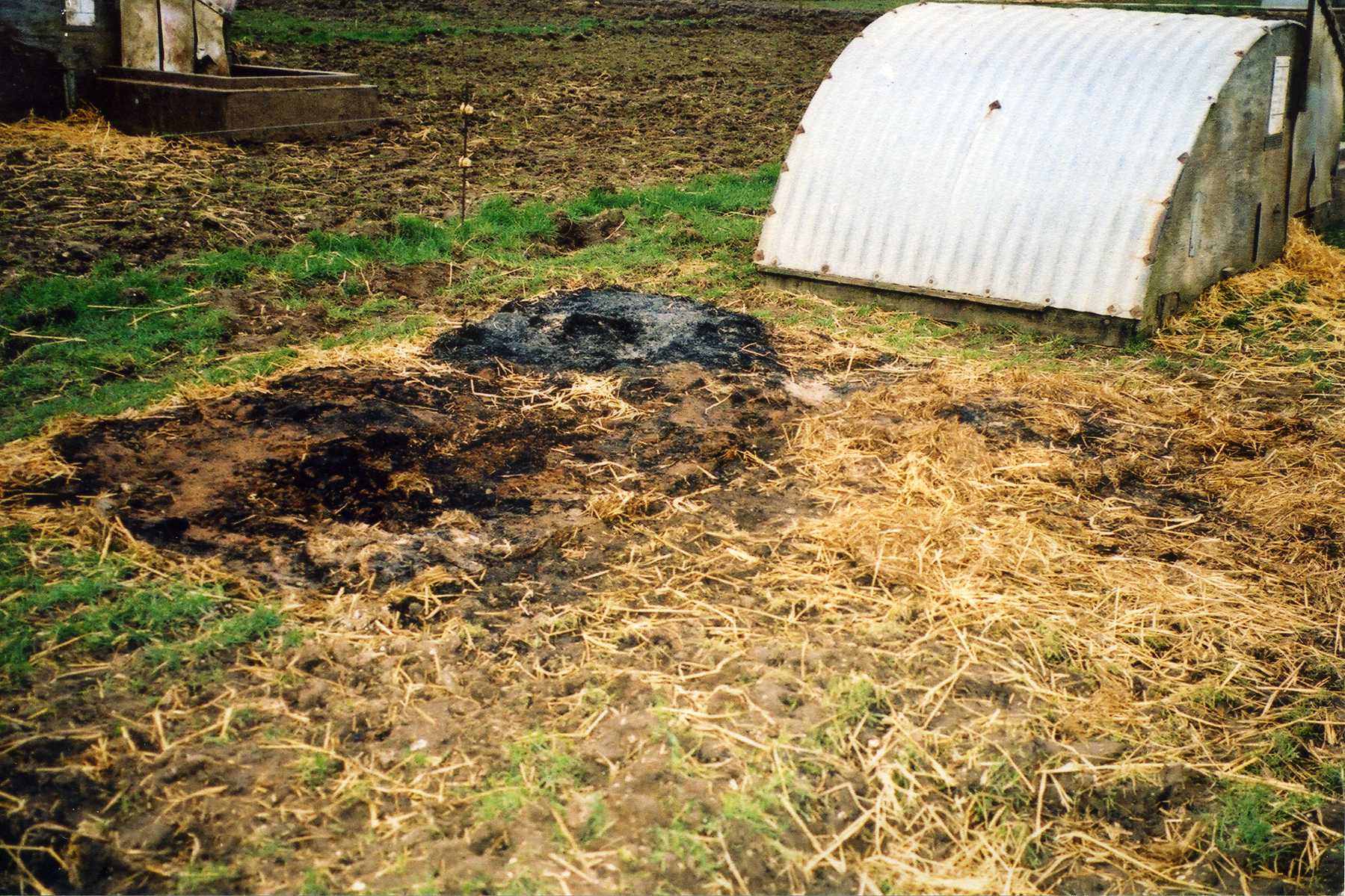 Fig 3: Burning of bedding in the field will assist hygiene control

At least 4 different strains of rotavirus are known to exist with 3 of these capable of producing disease in the young pig.  There is very little cross-immunity between the strains and it is possible for a group of piglets to be infected with, and affected by, more than one strain either simultaneously or sequentially.

The sources of the virus for the young pig are:

b) The environment - the virus can survive in warm moist conditions for months but is reasonably vulnerable to desiccation and standard approved disinfectants.  It can persist in slurry and where this is stored under the sow in the farrowing areas the virus can be brought back into piglet contact by flies or vermin

Rotavirus can be found in virtually all pig populations and so the detection of the virus in the faeces is not a definitive diagnosis of the disease - the appropriate associated pathology in the gut needs to be demonstrated.  In many instances rotaviral disease can occur in association with other pathogens such as Coccidia, E.coli (typically in pigs of 4 days plus if sows/gilts are vaccinated) and Clostridia.

What does the virus do?

Rotavirus is capable of producing diarrhoea in piglets from less than a day old through into the weaning phase.  The virus damages the gut lining in such a way as to shrink the villi - the finger like microscopic surface of the intestine - which then limits digestibility and absorption of nutrients.  The upper small intestine - where the majority of milk digestion should occur - is particularly vulnerable and these pigs become intolerant of milk (and indeed creep feed).  The passage of undigested food into the lower small intestine and large intestine has 2 effects:-

1) It provides a substrate for bacterial multiplication lower down the gut leading to secondary disease.

2) It can have an osmotic effect in the large intestine preventing water reabsorbtion.

The net result is a scour, which can vary in consistency from pasty, through watery with yellow/white floccules to almost pure watery liquid.  It may be seen as early as 8-10 hours after birth suggesting possible initial infection prior to birth (most likely to be from ascending infection of the uterus rather than transplacental). It can lead to gut stasis and massive accumulation of fluid contents in the intestine. Death usually results in such cases.

Mortality associated with rotaviral infection is highly variable.  The younger the pig affected, the more likely death will be.  Death is due to dehydration, although affected pigs may be overlaid and crushed before they die.  Where secondary infection with e.g. E coli or Clostridia occurs, death can be due to toxaemia originating from these bacteria.

Rotaviral scour should always be suspected as a cause of diarrhoea in young piglets both before and after weaning and should be differentiated from other causes of scour, including other viral causes such as PRRS virus and TGE/Epidemic Diarrhoea viruses.

Rotavirus can be detected in faeces of both normal and scouring piglets using the polyacrilamide gel electrophoresis (PAGE) test but to confirm Rotavirus as the cause of scour it is necessary to demonstrate characteristic damage to the gut wall, in a sacrificed pig.  1cm sections of duodenum, ileum (plus colon and caecum) should be fixed in formal saline within 10 minutes of death.  Any delay leads to auto-digestion of the gut lining rendering histopathology useless.  Microscopic inspection of these fixed sections of the gut will reveal typical villus atrophy in rotavirus-affected pigs.  Other than the presence of liquid intestinal contents, the post mortem picture with rotavirus is unremarkable and not characteristic.

Additionally it is possible to inspect the gut lining grossly by dripping water onto the exposed mucosa of the normal gut lining (A hand lens will assist visibility).  This will not be seen in a rotavirus-affected gut.  (Such a picture is easier to see in weaned pigs than in newborns).

Other causes of acute villus atrophy in baby piglets include neonatal PRRS infection - although other signs are likely to be evident in the herd (abortion, premature farrowing, late mummification, respiratory disease in weaner/grower pigs)- and coronavirus infection.

TGE has not been seen in the UK for many years but Porcine Epidemic Diarrhoea has re-emerged (initially in China and USA but also now in continental Europe) as a serious disease Typically mortality will be high with PED which is not a common feature of rotaviral infection.

Treatment of the individual pig with rotaviral disease relies on support therapy whilst the pig itself recovers and develops its own immunity.  Electrolytes - constituted to the correct dilution - are essential to provide daily requirements for amino acids (glycine) and carbohydrates (glucose) and can act as a temporary substitute for milk.  Where complicating bacteria are implicated, specific antibiotic therapy - ascertained by the attending veterinary surgeon and using sensitivity testing where possible - should be given.

If older pigs are affected, creep feed should be withdrawn whilst pigs are scouring and can be gradually reintroduced once recovered.

Some producers believe yoghurt  probiotics or prebiotics can prove effective treatments for rotaviral scour although the evidence for this is equivocal.

Remember that a recovered pig is still vulnerable to challenge and disease by alternate strains of rotavirus if conditions allow.

Since there is no specific treatment for rotavirus infection, commercial vaccines are unavailable for pigs (the cattle rotavirus vaccine is not appropriate for use in pigs) and it has not proved feasible to make an autogenous vaccine to date in the UK. Control of rotavirus relies upon a mixture of attention to hygiene and attempting to raise immunity in sows to improve both colostral and milk transfer of antibodies.

Hygiene measures rely upon the tried and tested methods of farrowing house husbandry:

1) Operate room on an all in all out basis

5) Wash out room/pen in between successive farrowings using an initial detergent (especially if only cold water power washing).  Follow up with an appropriate disinfectant at the correct ("general orders") rate and leave at least 6 hours to work.  Ensure pens are fully dry before reoccupation.

Terminal cleaning can be supplemented with lime washing - a thick emulsion of hydrated lime painted onto all surfaces with which pigs have contact.  However, lime burns and so care must be taken when handling the material and treated pens must be allowed to cure for 4 days before reoccupation.

Outdoor, moving of arcs and lifting or burning under DEFRA of all bedding is necessary to break the cycle of infection.

Experience suggests that sow immunity can be improved by exposing them to infected material in the later stages of gestation.  Where scour was occurring the following approach for controlled exposure was used in the past:

a) Collection of scour from pens - if necessary by wiping up with tissues.  Scoured piglets can be encouraged to defecate by gently squeezing the abdomen whilst raising the tail manually.

c)  Provision to pregnant sows twice weekly at a 'dose' of 5ml/sow starting at day 80 of gestation and stopping 24 hours or more prior to moving to a clean farrowing pen.  It was always recognised that material should never be offered to sows of less than 75 days gestation

Such a programme was normally highly effective and by definition self-limiting - effectiveness means no scour will be available.  In small herds, the disease will often burn itself out but in larger breeding sites it may return in waves.

A word of warning: pigs excrete a wide range of organisms in faeces and it is possible to create disease problems by exposing pregnant sows to contaminated material e.g. Erysipelas, PRRS.  Where disease problems arose in sows in late pregnancy, controlled exposure was stopped and further veterinary guidance sought.

Historically this technique for exposing sows to infected material was refered to as "feedback" However it is illegal to feed infected material knowingly to animals under EU Byproduct and feed legislation and as such the technique can only be performed in the above manner under veterinary direction.  Details of the legal position and requirements needed to be fulfilled can be found on the Pig Veterinary Society website - www.PVS.org -under the resources section

Due to its highly variable nature, the costs of rotaviral disease can range from the negligible to the severe.  Mortality rates of 5% due to rotaviral scour can occur representing a loss of piglets over a 3 month period in a 500 sow herd of 150 piglets each with a value to the breeder feeder of approx £35 - a total of over £5000.  Similarly, affected pigs can be up to 1kg light at weaning adding 10 days to slaughter weight requiring up to £4 in additional food cost. Thus in a severe outbreak lasting 3 months financial losses can reach £20,000 in a 500 sow herd.