The two viral enteric diseases of Porcine Epidemic Diarrhoea (PED) and Transmissible Gastroenteritis (TGE) have historically been major causes of loss in pigs and remain prevalent diseases in some parts of the world.  Whilst the incidence of both diseases in the UK is now low and rarely diagnosed, the viruses are potentially devastating to a herd and can form part of a more complex scour picture.

Porcine Epidemic Diarrhoea (PED) historically was an acute viral infection of the intestine of the pig, causing dramatic but non-fatal diarrhoea and vomiting with loss of condition.  However, in individual animals, the disease is short lived and rapid recovery will normally occur.  The disease is normally divided into 2 forms:

Type I - Only affecting pigs from weaning onwards.

The latter presented very similar to TGE without the mortality characteristic of that disease other than losses in baby pigs, either through dehydration or loss of milk from an affected mother.

TGE is a very severe disease affecting all age groups of pigs with 100% mortality in baby pigs due to dehydration whilst scour in adults, though dramatic, is short-lived. Vomiting is also a clinical feature.

During the mid 1980's TGE virus appears to have mutated to the highly infectious but weakly pathogenic Porcine Respiratory Coronavirus (PRC) which has largely, though not completely, immunised the UK herd to TGE.

Since 2013 a variant of PED appeared first in China then in the USA and has since spread to other parts of N America and to Europe although at present (aug 16) this new variant has not been recognised in the UK. The new form clinically is largely indistinguishable from TGE causing devastating losses. It is claimed that the effects of the disease in 2014/5 caused the loss of 10% of production in the US. PED is now classified as notifiable in England and Scotland requiring notification of suspicion or diagnosis. No statutory control measures enacted and restriction on movements is voluntary

Additionally, the US has identified a further variant - deltacoronavirus - which can complicate or replace PED and cause further losses.

PED is caused by coronaviruses that are antigenically distinct from TGE and Porcine Respiratory Coronavirus and, as such, the immunity imparted to the pigs by the latter - which cross protects against TGE - does not protect pigs against PED.

That having been said, the incidence of diagnosed PED has declined since the 1990's but occasionally reappears, particularly affecting growing pigs in continuous flow and scrape through dunging systems.

Spread of both TGE & PED viruses between and within farms is either by the movement of infected excreting pigs or their faeces.  The disease can thus be spread mechanically by people, birds, lorries and rodents.

Typically, the disease will affect a high proportion of a population simultaneously producing profuse, watery diarrhoea, often green in colour and usually associated with vomiting. 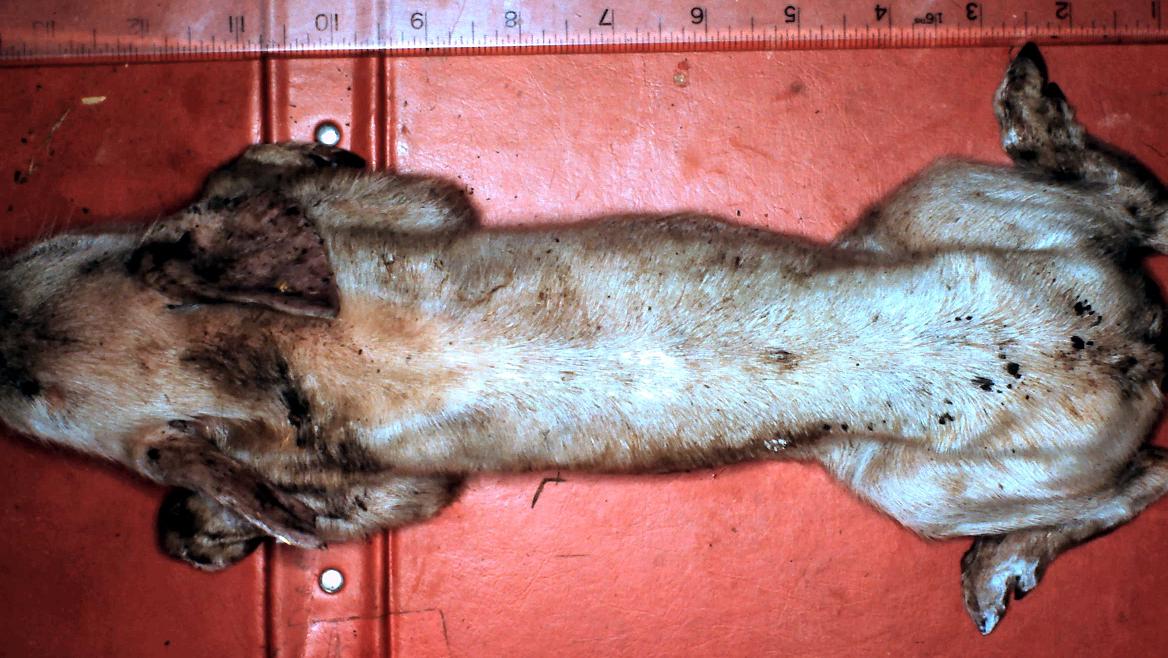 PED and TGE can only be provisionally differentiated clinically by the severity of disease - TGE producing high piglet mortality - and the age of pigs affected.  (Original Type I PED only affects pigs from weaning onwards and can be confused with, or complicate, the ileitis/colitis/grower scour picture.) The disease will typically last 2-3 days in individuals with inappetance and loss of growth before a complete recovery.  In adults, associated production losses can occur such as:

3) Loss of libido in boars

In a major herd breakdown, the disease will often spread in waves between departments, the speed of which is influenced by herd size, pig flow, housing design.

Historically, the disease has tended to be more prevalent in winter, where better viral survival favours spread between and within farms.

In continuous flow systems in finishing herds, the infection can become an ongoing problem if newly introduced pigs are exposed to the faeces of previously affected animals.  Similar comments apply to straw yards where full cleaning and disinfection is not practiced. 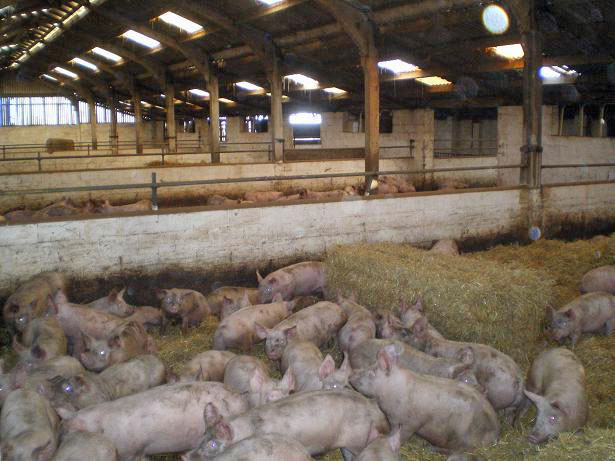 Diagnosis, as with most diseases, is based on clinical presentation supported by laboratory tests.  The disease would be suspected where scour is seen in various age groups or is of a profuse watery nature and is unresponsive to treatment.  Severe colitis in young growing pigs may be confused with it, as will a range of infectious agents affecting the suckling pig (e.g. E coli, rotavirus).  PMWS may also be confused with PED in weaners.

Differentiation of TGE from traditional PED is achieved by the level of mortality and failure to demonstrate TGE virus in faeces/scour. The new strains of PED are not differentiable in this way although there is suggestion that some of the outbreaks in Europe are not as severe as those seen in the US or in old style TGE outbreaks. Serological testing in recovered pigs will confirm the diagnosis.

Acute PRRS outbreaks cause severe piglet scour and high mortality and can be confused with PED/TGE.

Due to concerns over the threat from the new form of PED, all samples submitted to APHA laboratories from scouring pigs routinely screened for this new virus by PCR testing faeces/gut contents. Serology is now less reliable as a proportion of UK pigs retain some immunity to the original PED strains which are now clinically silent. 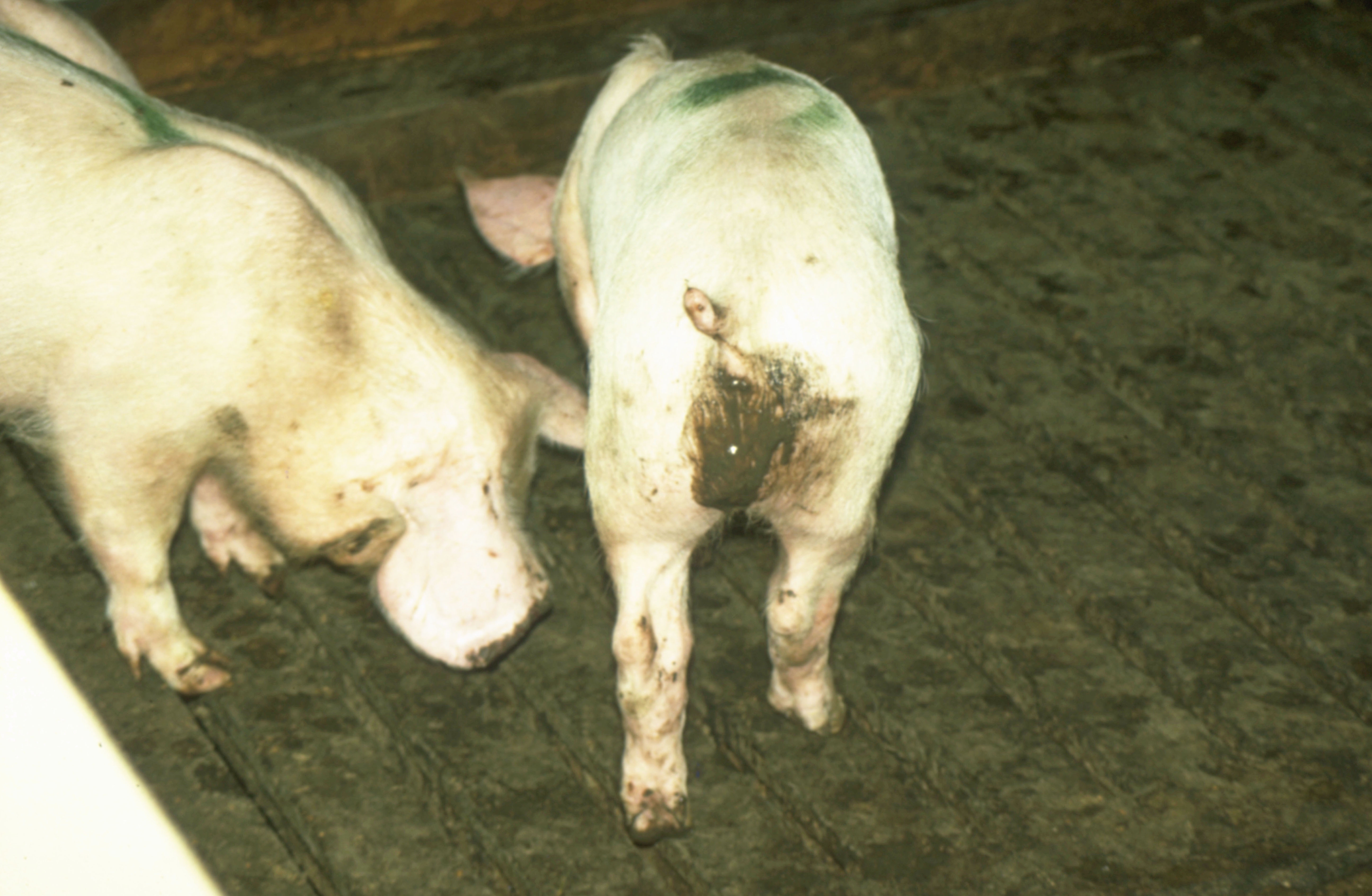 Fig 3: Grower scours are commonplace and TGE/PED viruses should always be considered.

As viral diseases, there is no specific treatment available, but it is necessary to provide support therapy to offset dehydration and starvation in young pigs and to avoid secondary disease.

In the face of an outbreak, the prudent approach is to attempt to accelerate the spread of infection around the herd to curtail the duration of an outbreak.  This should only be done under veterinary direction.

Only faecal material/gut contents can be used as a source of infection under rules laid down and detailed on the Pig Veterinary Society website under "Controlled Exposure". The old policy of mincing dead pigs or piglet guts is not permissible. Vaccines are not available in the UK.

In chronic disease situations, where clinical disease recycles within a finishing system, management changes must be put in place to break the cycle.  This will involve washing and disinfecting of pens between batches and in the scrape through system, depopulation of the building may be needed with washing and disinfecting before re-stocking.  Lime washing is useful in concrete systems where damage precludes thorough cleaning.

The aim must be to keep the disease out of the herd.  Thorough attention to biosecurity with respect to visitors and transport is essential, paying particular attention to stock lorries collecting pigs and fellmongers.  Control of rodents, especially rats, should be an integral part of any farm plan and measures should be taken to minimise bird ingress to buildings and particularly avoid feed contamination.

The minimum infective dose of new strains of PED are extremely low - as low as 102 particles presenting considerable challenge to biosecurity procedures should the disease enter the country.

Costs and Consequences of Disease

A typically acute outbreak of TGE or PED Type II can last within a herd for three to four weeks during which time mortality will be raised.  With TGE, up to six weeks worth of production can die in the farrowing areas with an overall impact on breeding herd output.  The losses as a result of traditional PED will tend to be a fraction of these.  However the new highly pathogenic PED forms have losses mirroring those seen in TGE and in large units in the US the disease can persist and recycle for many months. This is presumed to be the result of poor immunity development in sows and a lack of spread within the farm creating sub-populations.

Growth rate loss can be 10% in weaners and growers during the disease phase, lasting seven to ten days.

Direct losses in sows due to abortion can add to the losses. On some farms where piglet mortality was high and additional losses occured in the wake of the outbreak, this proved fatal to their sustainability. Sows that lose whole litters come on heat and the whole breeding programme can be disrupted.  Considerable discipline is required to keep to service programmes and avoid serving sows too early.

Chronic TGE/PED in growing pigs producing a syndrome similar to "grower scours" has been recorded to reduce growth by 50gm per day and increase feed conversion ratio by 0.2 from weaning to slaughter - adding at least £4 per pig produced to current costs of production.

Whilst disease due to this group of viruses has not been seen in the UK for a number of years, it has not gone away in the rest of the world. Indeed new forms of the diseases have emerged that are a major threat to pig farms  With the traditional flow of pigs out of the UK as exports of breeding animals tending to have been reversed, along with periodic movement of weaners into this country, vigilance is needed.  Whilst France has also made PED notifiable, currently there is no requirement for testing of animals, that originate within the EU as a whole, for these viruses.

Elective importation should however trigger automatic private screening before animals  arrive in the UK.