One of the most frequently recorded causes of death in baby piglets in indoor pig farms is "overlaying" of the pig by the sow crushing it to death, accounting on some farms for 50% of all piglet deaths.

Depending on how precise the definition is, this may take the form of treading on, trapping between the ironmongery or literally lying over the top of.  However, there is a need to look a little closer at this issue.  In many circumstances, it can be used as an excuse in that it is the sow's fault rather than being within the control of the stockman, particularly given the size disparity between the sow and each piglet in that the sow is typically in the order of 150x the weight of each piglet at birth.

Furthermore, in the outdoor situation, far less control can be exerted by the stockmen; the behaviour of the sow and its interaction with the litter is key and the stockman's influence is restricted to ensuring bed management is correct, primary hypothermia is avoided and sows are calm and not in any way agitated.

To be able to understand and then mitigate the incidence of overlaying, it is necessary to split losses into different categories, which we shall call primary and secondary overlaying, although there is necessarily some overlap.

Primary overlaying is what most stockmen think happens i.e. the piglet is perfectly well albeit small compared to its mother but the sow is in some way very clumsy in not taking care when moving.  There are undoubtedly cases of this and they may be associated with: 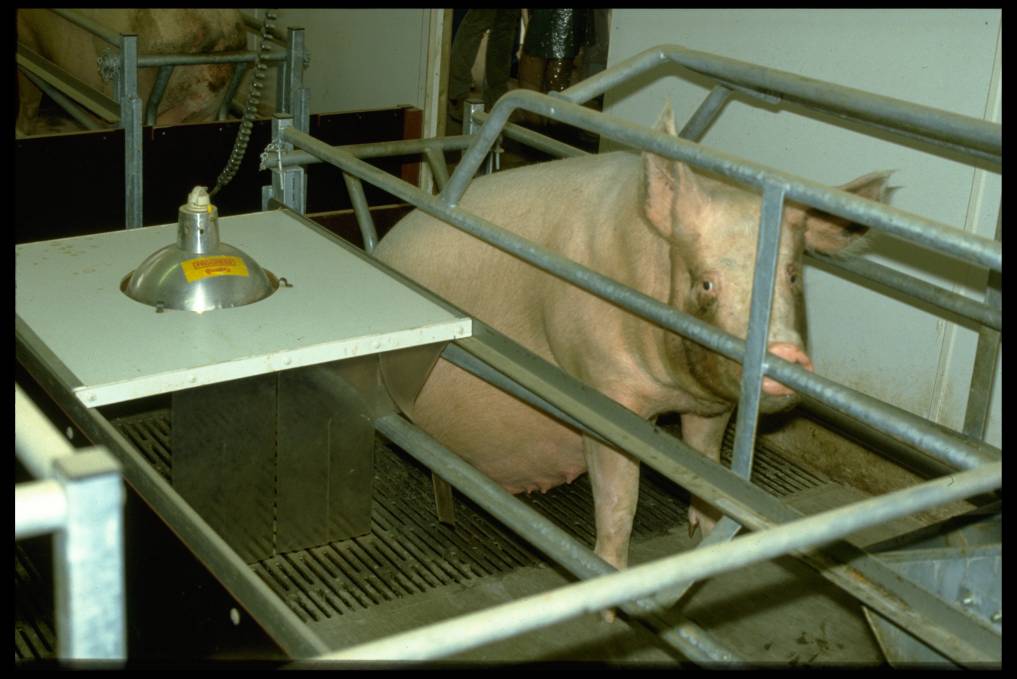 Increasingly in recent years, producers are looking at farrowing systems indoors which do not fully confine the sow. Whilst in some hands these systems - generally referred to as freedom farrowing systems - can function with low levels of mortality associated with overlaying, this is not yet consistently achievable. In particular it is reported that if the pen area is too large, higher levels of overlaying occur, although construction, airflow and stockmanship still play an important role. Many of these systems allow a compromise whereby the sow is fully confined whilst farrowing but is released from the crate a few days after - something of a throwback to systems of the 1960-70's where conventional crates were only used at farrowing and sows and litters were moved on to loose housing once the litter was established.

Whilst these features are typical of the indoor environment, the typical outdoor arc system can present similar problems:

Secondary overlaying occurs where the "fault" lies more with the piglet than the sow.  Piglets are born out of a temperature of 39-40°C into an environment of at best 25°C (plus heat lamps) and are wet.  The initial effect is that they chill.  They also have little energy reserve and need to acquire milk/colostrum rapidly to provide fuel to generate heat.  Thus, they should be moving around close to the udder early on, often when the sow is still farrowing the litter.  The fact that, in many cases, overlaying occurs in the first 24-36 hours, confirms this danger.

However, on-farm studies have shown that where overlaying accounts for the death of 5% or more of all pigs born alive, a high proportion of these piglets have empty stomachs i.e. have not managed to suck.  The effect is that they will chill, which makes them slower to move and they will desperately try to seek out the udder, putting them in the danger zone.

Failure to find the creep area or failure to provide adequate warmth will encourage pigs to lie close to the sow, placing them in danger.  Management of lamps around farrowing time is critical to reducing chilling and overlaying.

Any other condition affecting young piglets (joint ill, scour etc) will reduce their mobility and tend to put them at risk of being crushed.

In the outdoor situation, the same principles apply. Chilling is far more likely to occur in cold weather making early colostrum intake absolutely critical.  Draughts are fatal to newborn piglets, especially when they are still wet.  It is vital that new straw bedding is packed around the edges of the arc, that the arc's integrity and insulation is maintained and that arcs are orientated to avoid wind blowing straight in. 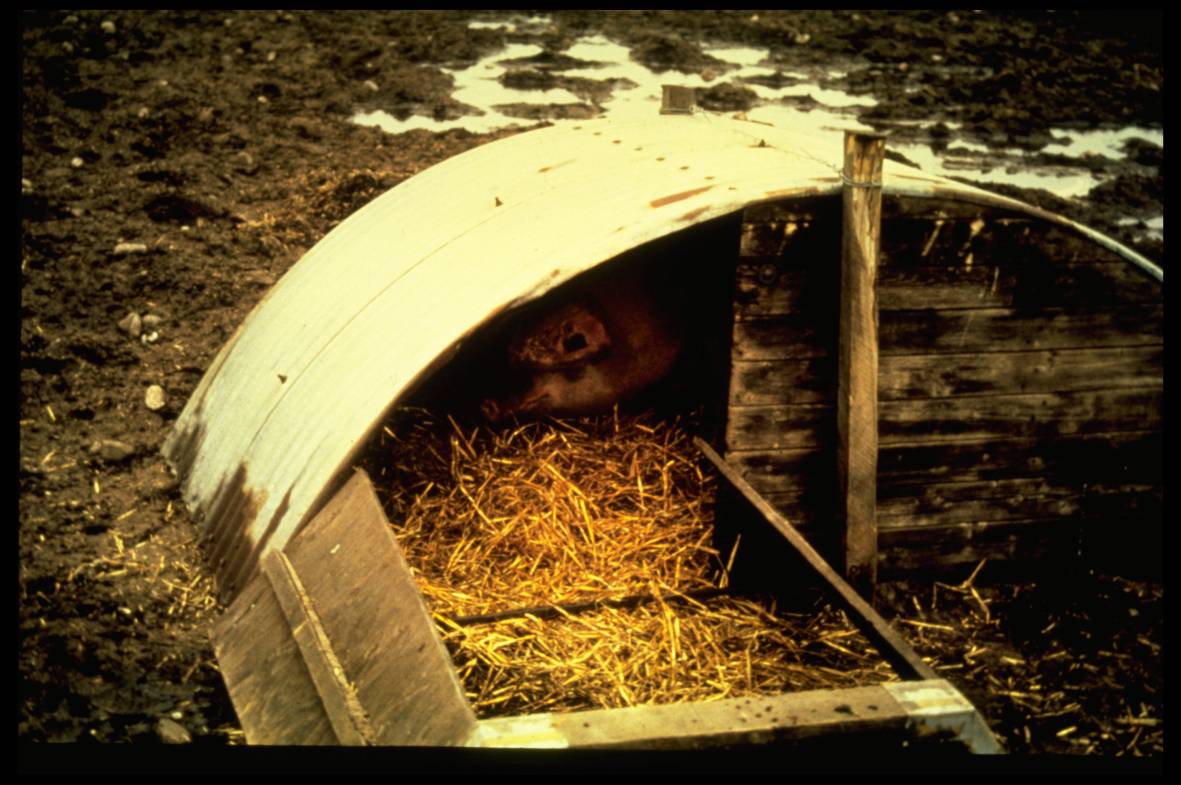 Earthing up outside can be beneficial.  Doors or plastic curtains over the entrance can be very valuable over the farrowing period and beyond.

In all environments management of the bedding is of key importance.  As a general rule, barley straw is preferable to wheat straw and whilst plenty is needed in cold weather, care must be taken to avoid piglets getting trapped in it and thus being unable to get out of the way of the sow.

If the average mortality recorded in the UK pig herd is 11% losses due to overlaying can be assumed to be in the order of 5% of pigs born alive a 500 sow herd producing 28pigs BA per year might expect to suffer 700 overlaying deaths totalling more than £20000 per annum loss. The pain and suffering of piglets crushed but not immediately killed is an added biological cost.

With close attention to detail of management, avoidance of chilling and adequate investment in facilities, these losses can be cut by 50%