Within the pig field, notifiable diseases are those infectious diseases, generally not present within the national population on a day to day basis, which either national or EU authorities regard as undesirable for a range of reasons such as animal health and welfare, the macroeconomic position, national and international trade or human health.

Should they arise or be suspected, then they must be notified to the APHA - the animal health division of DEFRA - whereupon restrictions will be placed on the holding and possibly wider afield, with a view to controlling or eradicating the disease. Export of animals and food produced from them is restricted.

The major pig diseases that fall into this requirement are listed in table 1, but the authorities have the right under the Animal Health Act 1981 to add diseases to this list - as indeed was done temporarily in 1991 with Porcine Reproductive and Respiratory Syndrome (PRRS or Blue Eared Pig Disease).

So called because they all produce blisters or vesicles in the mouth and/or on the feet (or elsewhere).  This group of diseases represent one of the greatest concerns to UK livestock.  Vesicular Stomatitiis is of least concern and Swine Vesicular Disease (SVD) is only notifiable because it is clinically indistinguishable from Foot and Mouth Disease.  In itself, SVD is a mild disease only affecting pigs, which was spread widely in the 1970's via infected food waste fed to pigs (untreated swill) which led to the initial swill feeding restrictions which were finally abandoned in the wake of the 2001 Foot and Mouth outbreak, whereupon a complete ban was introduced.

Foot and Mouth Disease (FMD) is a devastating disease affecting all major farmed mammal species and has huge implications for both welfare and farm economics.

Most will remember the major 2001 FMD outbreak, which started in pigs in Northumberland and was widely spread through the country by sheep movements.  The initial disease outbreak was believed to have been caused by feeding infected meat products without the requisite heat treatment.  As with all diseases, animal movements enable the disease to spread from farm to farm but with FMD it also has the ability to spread on the wind.  Indeed, in March 1981 the disease appeared on the Isle of Wight having spread approximately 150 miles from northern France under favourable wind, temperature and humidity conditions.  The last UK outbreak in Southern England (2007) was the result of escaped virus from a vaccine production site.

In pigs, the disease usually presents as acute lameness with a reluctance to stand, depression and inappetance.  Blisters form on the coronary band (the tissue at the top of the claw) and if allowed to progress the claw will shed.  Blisters may also occur on the snout and tongue but can be difficult to see. 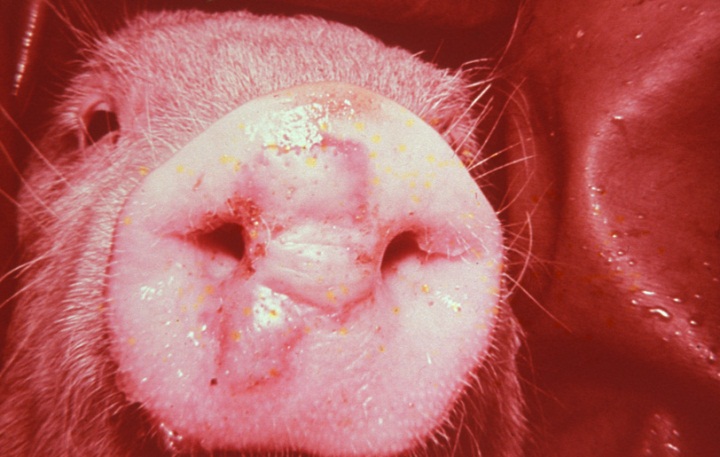 Fig 1:  Vesicles on the snout must raise suspicion of FMD (photo courtesy of AHVLA)

There are several strains of FMD virus and with some of these the pig is a major generator of the virus, acting as a key player in dispersion of the disease by the wind.

It is absolutely essential that any suspicion of FMD (in any species of cloven hoofed animal) is immediately notified to APHA - either directly or via your veterinary surgeon - for full investigation.

An additional virus producing vesicular disease has been recognised in N & Central America caused by Seneca Valley A virus. It is not specified as a notifiable disease in the UK but any evidence of it would be caught by suspect FMD investigation

The two Swine Fevers - Classical and African - are caused by two completely different viruses which behave in many different ways but produce clinical disease in pigs which is identical and indistinguishable.  Differentiation can only be achieved within the laboratory.

African Swine Fever was historically spread by soft ticks, which only survive in warm climates.  For many years it occurred regularly in Southern Spain and Portugal but more recently isolated cases occurred further north (e.g. Belgium).  There is some concern that with climate change the insects could survive further north, potentially allowing the disease to establish. However, since 2007, when the disease was introduced into a Georgian port in waste food arriving from sub-Saharan Africa that was then fed to pigs, ASF has spread steadily north and west carried extensively in wild boar. It is now largely enzootic in western Russia, Ukraine, Estonia, Latvia & Lithuania and increasingly spreading into Poland. It is being maintained in a reservoir of wild boar which come into contact with low biosecure smallholdings and it is reasonable to expect that further spread westwards will occur. Inevitably there has been spill over into commercial farms. Ticks are not believed to play any part in the spread of the disease in Europe. To date it has never been seen in the UK.

Classical Swine Fever (CSF) had been endemic in the UK up until 1966 when it was eradicated following many years of vaccination.  Sporadic outbreaks have occurred since then in 1971, 1986 and latterly in 2000 in East Anglia - an outbreak centred in outdoor pigs and believed to have been caused by the feeding of infected meat material, possibly by passing ramblers offering a sandwich to pigs. The disease is endemic in parts of eastern Europe where it is controlled by routine vaccination. 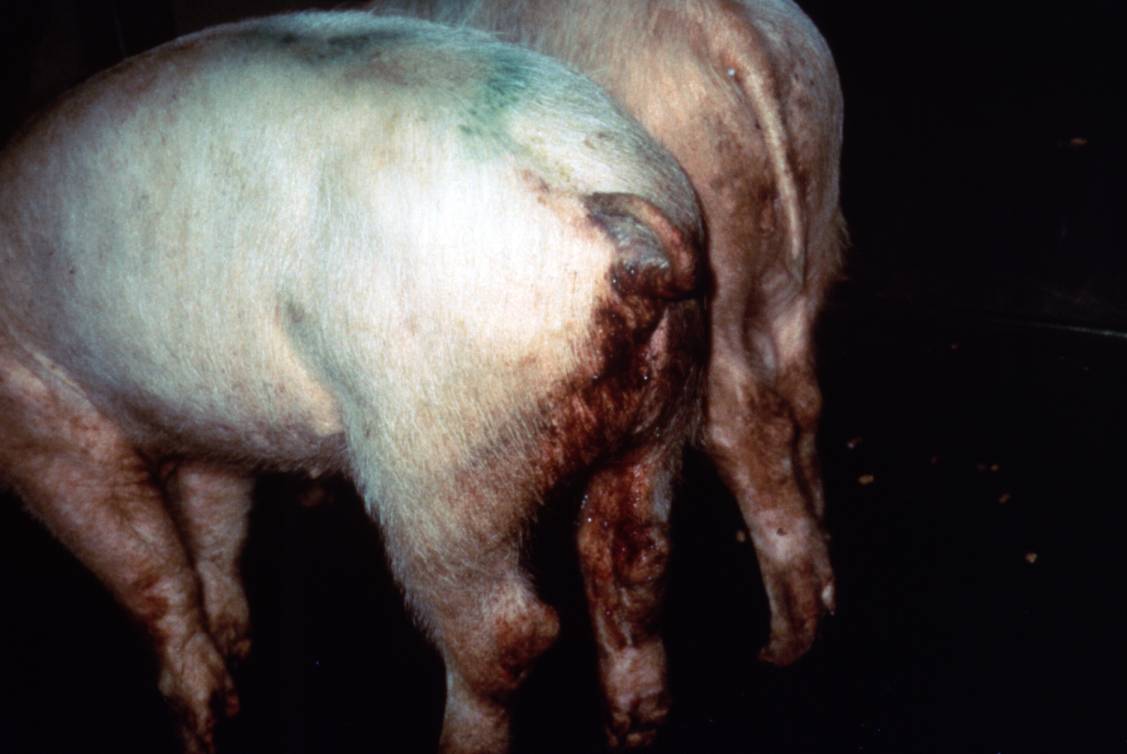 Fig 2:  Haemorrhagic diarrhoea is seen with CSF and ASF (photo courtesy of AHVLA)

These diseases can be very dramatic.  They produce a high fever and depression, coughing and respiratory distress, diarrhoea (occasionally bloody), nervous disease and haemorrhages throughout the body including the skin.  Some cases of PDNS can be confused with Swine Fever.  Death rates tend to be high.  The current eastern Europeean ASF outbreaks are reported to cause up to 100% mortality in pigs although it may not be that severe in wild boar enabling a reservoir of infection to persist. 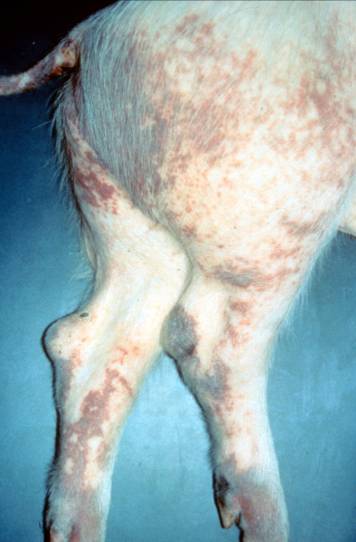 The virus can also cause reproductive and developmental disease - abortions, stillbirths and congenital tremor and in the 1980's mild strains were seen in Germany, which only caused the latter signs. 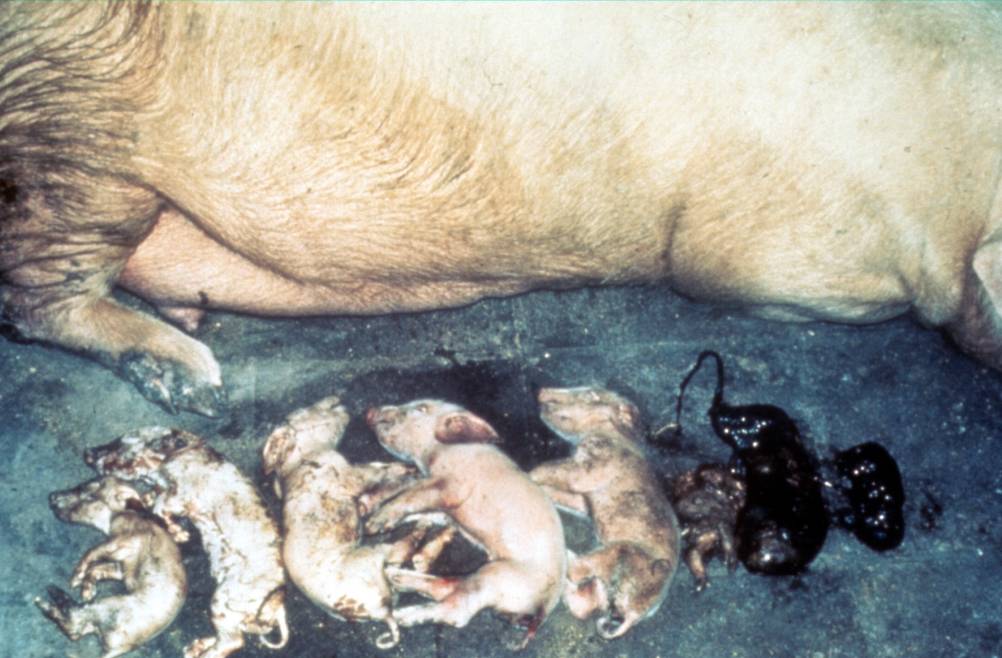 Fig 4:  Reproductive disease in the form of foetal death may be seen with Swine Fever (photo courtesy of AHVLA)

The two most likely sources of disease for the UK are infected, imported meat products fed to pigs and the use of illegally imported, infected semen.  Clearly, producers are well positioned in most instances to prevent either of these occurrences.  (Neither of the two Swine Fevers can spread via the wind.)

This viral disease first appeared in Great Britain in 1979 and in the early 1980's a producer funded national eradication programme was undertaken, which led to the country being declared free in 1991, with the last clinical case in 1989.  The disease has not been seen in Great Britain since then and has slowly been eradicated from other EU countries.

It is capable of spreading many miles on the wind and can also be spread by pig movements and in semen.  It is not spread via meat products.

The clinical picture depends on the age of the pigs affected:

In addition, sudden death of farm dogs has been a feature of the outbreaks of Aujeszky's Disease in the 1980's. The disease is  otherwise known as Pseudorabies and can spread to many other species although humans are resistant to it. 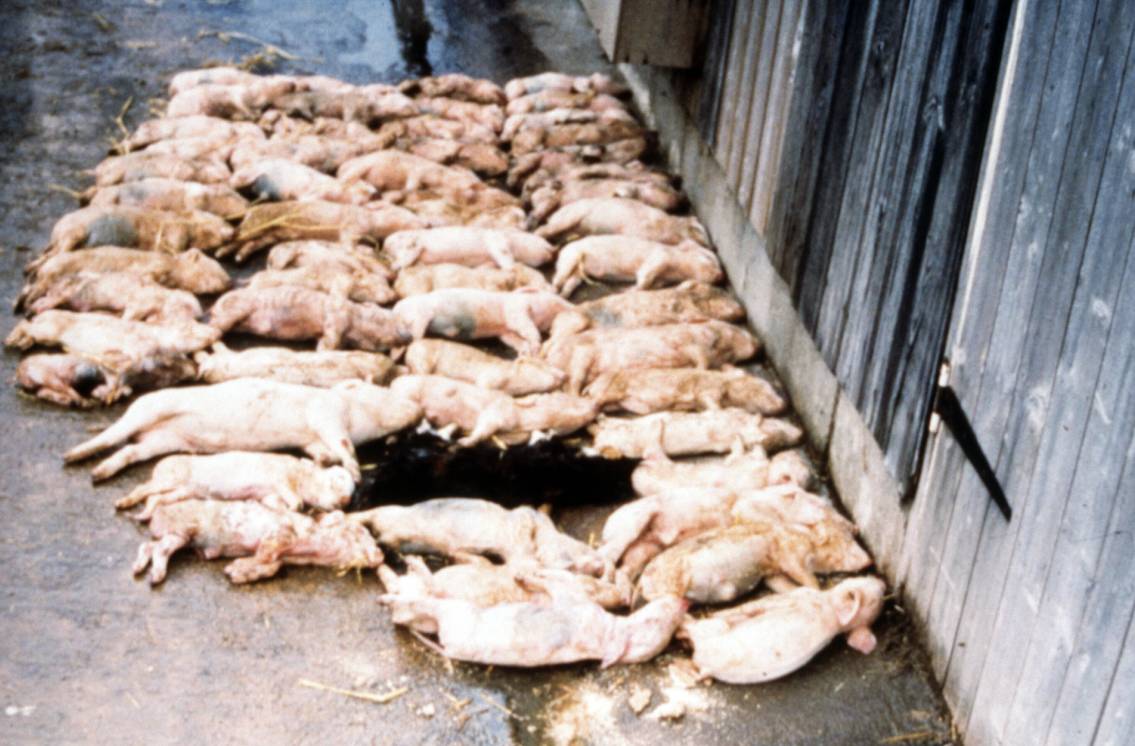 A disease caused by a poorly characterised virus that produces severe nervous disease and death in growing pigs that has never been seen in the UK. (It is related to the much milder non-notifiable Talfan that causes posterior paralysis in growers and is occasionally seen in the UK)

Whilst Bovine TB is a well-recognised and growing problem in much of the UK in cattle and badgers, cases are occurring in pigs either as a direct contact from infected cattle on smaller mixed species farms; some cases, however, have occurred in independent outdoor pig herds possibly as a result of badger contamination of the environment. The pig is thought to be a dead end host for bovine TB. Most cases are asymptomatic and disease is usually picked up at slaughter or occasionally as an incidental finding at on farm post mortem examination although in heavily infected animals wasting and chronic respiratory disease may occur. There is no compulsory slaughter of pigs or pig herds with bovine TB.

With most of these notifiable diseases the current control measures involve compulsory slaughter of affected herds and in some cases at-risk neighbours.  The earlier the disease is detected, the less spread will occur and the fewer holdings will be affected and require culling.  Some discussions are currently ongoing to allow protection of valuable rare breeds of pigs from compulsory slaughter in the event of localised notifiable disease outbreaks but definitive decisions are awaited.

Given that most of these diseases are absent in the UK at present (with the exception of laboratory controlled research establishments) the only way they should occur is by induction from outside the country.  The windborne risks will always remain, but meteorologically data is now capable of predicting such spread.  Controls on the impact of live animals and semen etc. should prevent introduction, although illegal imports are a risk.

The ability of FMD, CSF/ASF and the other vesicular diseases to spread within meat and meat products probably presents the greatest risk and, as such, all producers should guard against all contact between pigs and meat products.

This includes absolute avoidance of the feeding of table scraps either that contain meat or which were stored or prepared in an environment where non-meat food could have come into contact with meat or non-meat derived products.  It may seem wasteful but on no account should such risks ever be taken. It is illegal in the UK to feed ANY waste food that has been in a domestic kitchen irrespective of meat contact. The feeding of vegetable waste directly from a garden is permissible although care should be taken not to use kitchen implements to harvest such produce for pigs. 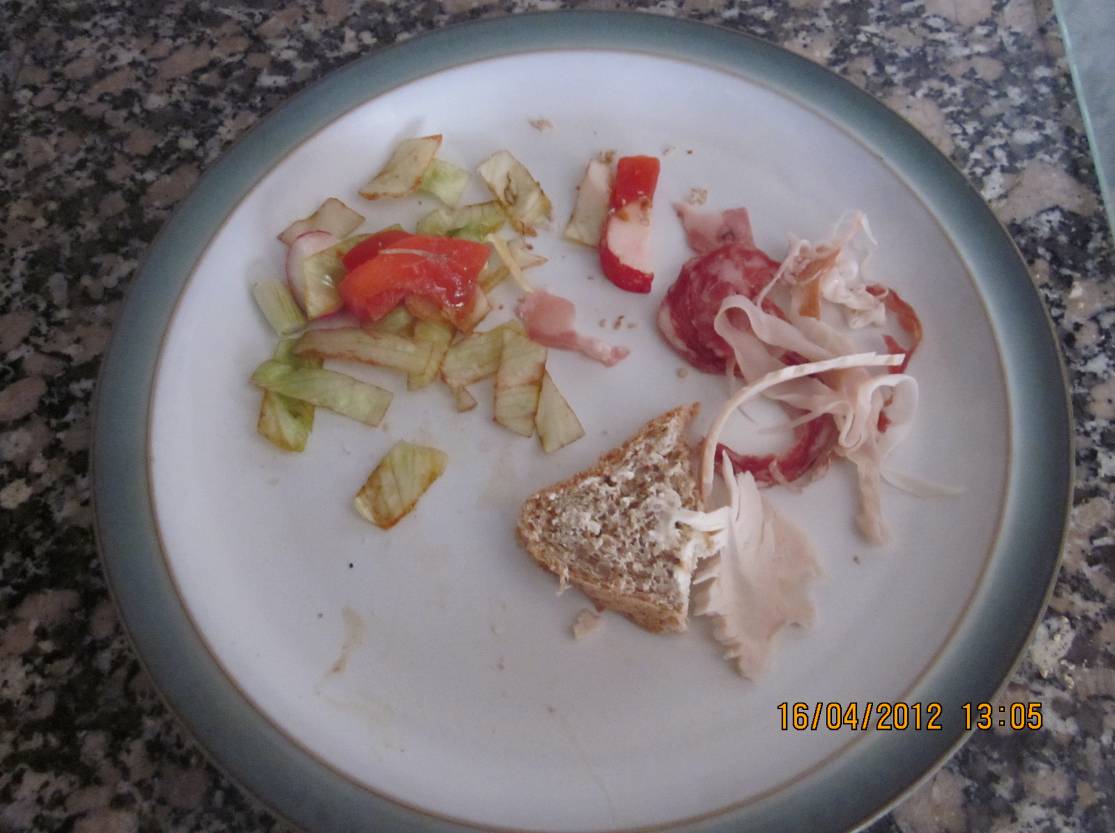 Fig 6:  Table scraps should never be given to pigs if there has been any contact, direct or indirect with meat or meat products.

The presence of Bovine TB and its growing threat to pigs is a complex issue with key animal health strategy implications. Smaller farmers must be aware of the risks, particularly in the South West and consider the environmental risks to their pigs caused by proximity to badgers and cattle.