Loss of blood through the navel of the new-born pig can result in severe anaemia, failure to grow and, in the extreme, early death.  The condition is usually sporadic, although it can occur in outbreaks and there may be a variety of causes.  In the most severe outbreaks, 50% mortality can occur. 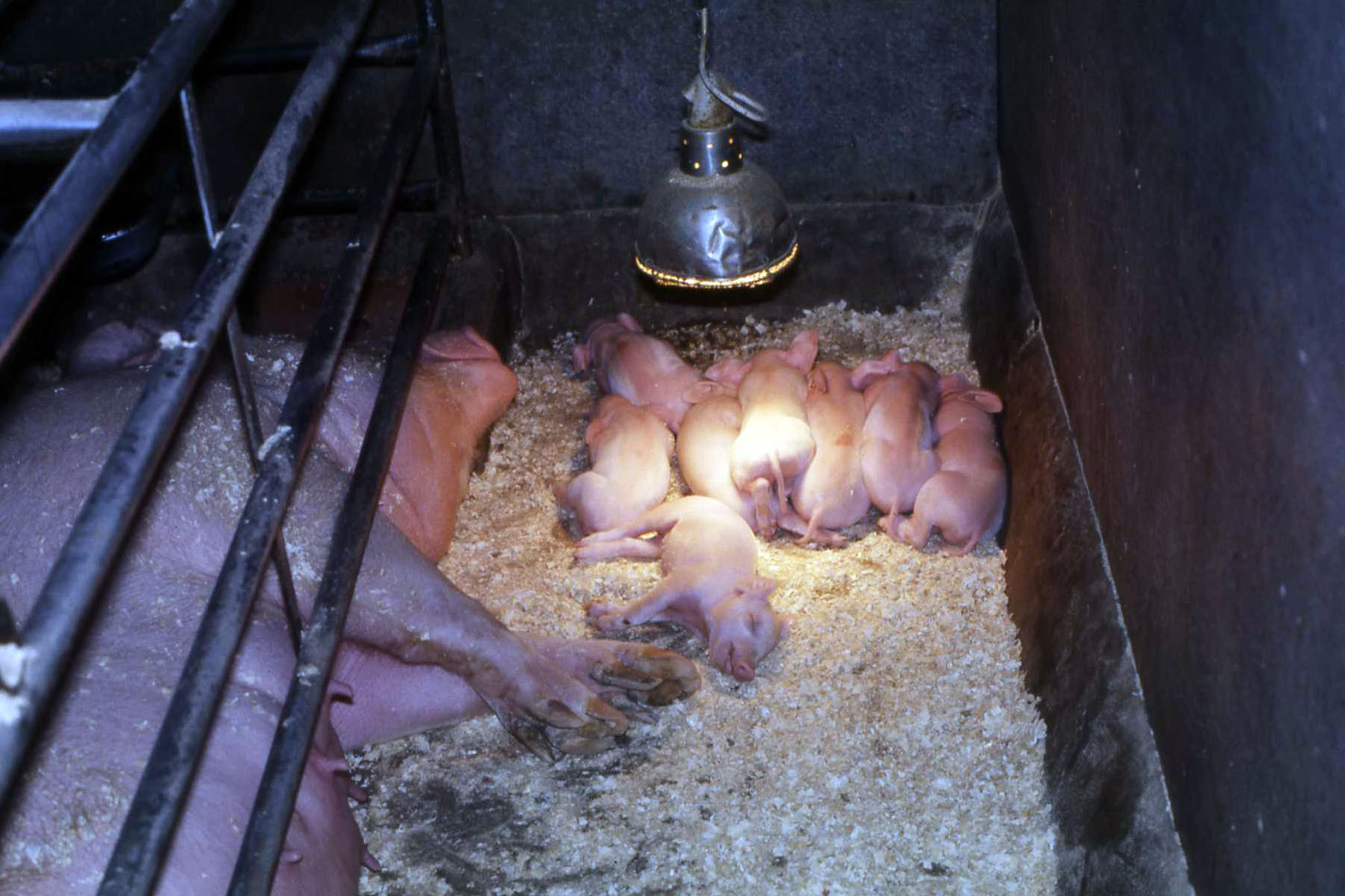 Fig 1: Wood based bedding materials are most frequently implicated in navel bleeding problems 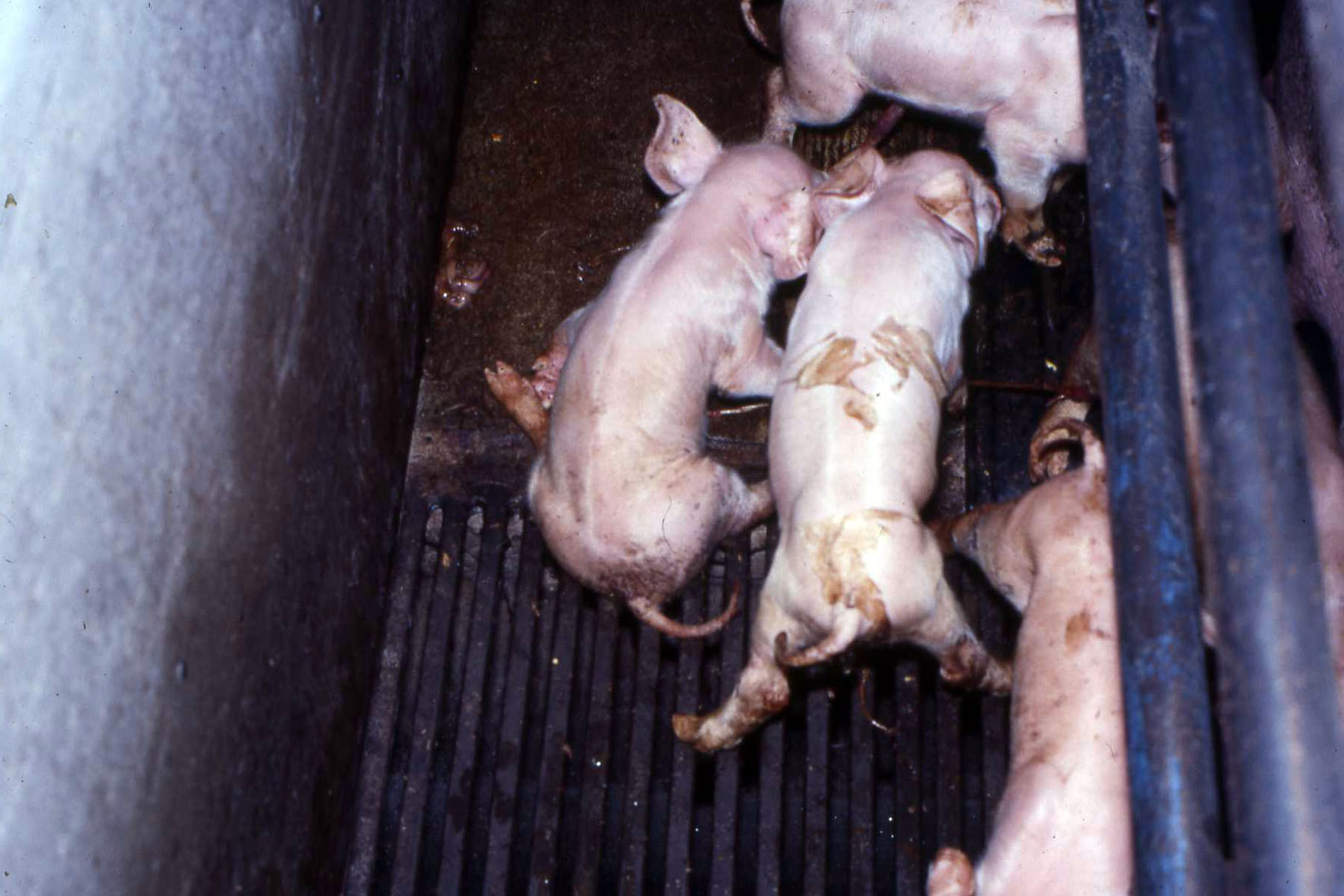 Fig 2: Fully slatted floors make it difficult to see bleeding from navels and may cause damage to a long umbilical cord resulting in haemorrhage. 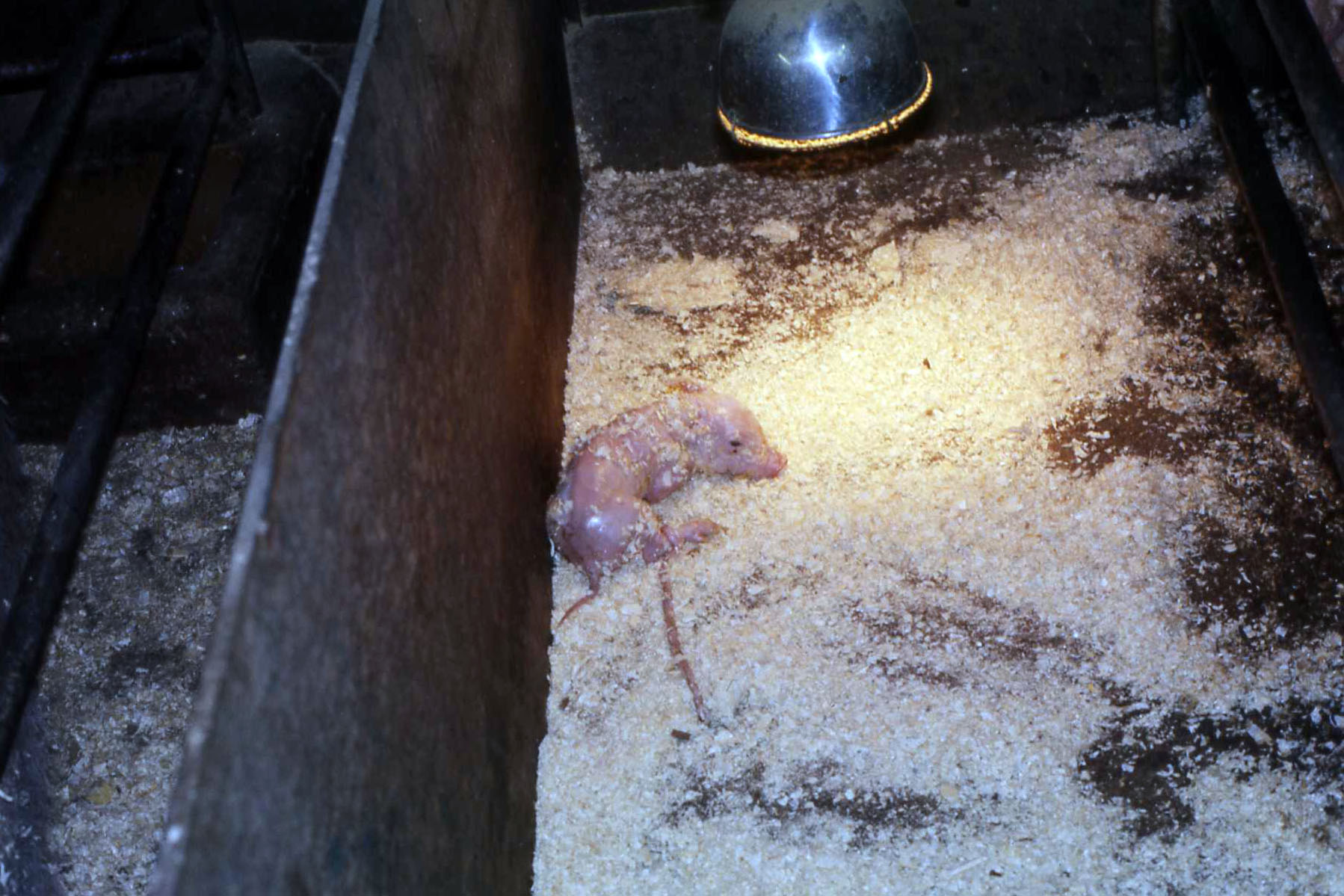 Fig 3: A long trailing umbilical cord can be clamped or tied off; do not break it close to the belly

Following birth of the pig, a proportion of the blood volume will be left in the umbilical cord.  The cord should constrict and "push" this blood into the body and the remaining blood immediately clots to prevent leakage.  If this constriction does not occur fully - such as with the "black pudding" navel,  if vasodilation recurs or if the blood fails to clot, loss of blood will occur.

On solid floor systems, blood will be evident in the pen and often over the bodies of other piglets and on the sows udder 2-4 hours after birth.  However, where a pen is fully or partially slatted, the blood may be less obvious, having dripped through the slats and all that will be seen is obvious pallor of the piglet.  It is not uncommon for stockmen to believe that the piglets are actually born pale. This is rarely the case but can occur where farrowing is slow and stillbirth rates tend to be raised.

A range of possible causes have been recognised as the trigger factors for navel bleeding.

This is likely to result from either prematurity or a failure of the normal clotting mechanism due to outside chemical insult eg.  Ssows that have had access to rat bait (Warfarin) or Aspirin.  Aspirin (Acetyl Salicylic Acid) has been used historically to prevent premature farrowing (eg in the face of a PRRS outbreak) by oral application to the sow in the seven days prior to farrowing.  Navel bleeding was not commonly seen and where it did occur it is difficult to know whether it was due to the medication or the viral challenge of PRRS to the piglets. The most common cause of navel bleeding in pigs in the UK is likely to be the result of resins present within certain hardwoods that are periodically and erratically included in wood based bedding materials (shavings or sawdust - the latter being more of a problem).  It is unknown whether these resins act locally on the navel (most likely) or more systemically throughout the body.  There does not appear to be any association with the age of sow farrowing and the appearance of navel bleeding, and the condition is very rarely seen in outdoor farrowing systems although its detection in the outdoor environment may be difficult.

There are specific inherited clotting defects akin to haemophilia in humans but these tend to occur in pure breeds and are rare in commercial pig production (e.g. Von Willebrand's Syndrome in the Poland China breed).

Some producers believe there is a link with Prostaglandin induction of farrowing and navel bleeding in piglets although it is unclear if this is a direct chemical effect or the result of inducing premature farrowing. Data sheets from prostaglandins warn against using the product to advance farrowing more than two days earlier than the herd average, for fear of increasing non-viable pig production but do not specifically mention navel bleeding in warnings.

2 Damage to the cord

Over enthusiastic breaking of the cord close to the pigs' belly at birth can damage the blood vessels and allow leakage of blood.  When a cord is left to trail, it can be damaged by getting caught in slats or trodden on by the sow.

In general, physical damage to the cord is more likely to produce individual pale pigs rather than affect whole litters.

Navel bleeding can cause death, rising mortality levels by 1-2% in longstanding problem herds or dramatic mortality in outbreaks.  Occasionally a whole litter will perish before it is realised what has occurred. Partial anaemia can limit weaning weight by 2kg individually and expose the pig to a range of secondary diseases.

If navel bleeding is widespread on a litter basis:-

a)   Replace wood shavings/sawdust with chopped straw or paper.  It is extremely rare to see outbreaks of navel bleeding or even long term grumbling problems on non-wood based bedding or on fully slatted systems where bedding is not used.  (Shredded paper is often used in such environments prior to and during farrowing to provide the sow with nesting material).

b)   Avoid inducing farrowing before the due date.

d)   Inject sows with Vitamin K up to 24 hours prior to farrowing.  (This is the usual treatment for Warfarin poisoning), (This is an unlicensed human medicine rendering a treated animal unfit for human consumption for life).

e)   Feed Vitamin C (Ascorbic Acid) to sows in tablet form for 7 days prior to farrowing (Vitamin C is not stable in feed and can only practically be given in this way or more erratically via the water system).  Dose rate is up to 5g per sow per day.  Such use would be off-licence requiring a 28day withdrawal period to be applied

f)    Clamp navels at birth using proprietary human navel clamps, which can be re-used if cleaned and sterilised.  They need to stay in place for 24 hours.  Cut off trailing cord.  This may create something of a dilemma; to be able to clamp cards, supervision of farrowing or early attendance is essential which can be best achieved by inducing farrowing with prostaglandin which may themselves risk premature farrowing and more navel bleeding.

g)   Alternatively, if a long cord is left, tie a simple overhand knot in it close to the belly and cut off trailing cord.

h)   Do not tear off cords close to the belly as the pig is born - it is better to allow the natural process to occur, or break the cord at least 15cm away from the piglet's belly.

i)    Iron injections. There is always a tendency to give pale pigs extra iron injection although great care is needed, as this may be toxic.  A normal dose should be given within 72 hours of birth and no more than a normal dose should be given again 7-10 days later.  Provision of electrolytes will be beneficial to help restore fluid volume in the first 24 hours of life.

In a severe outbreak on a three hundred sow breeder feeder farm lasting for two weeks total losses due to bleeding were one hundred and sixty piglets- over 50% mortality equating to a cost of £5600 (at £35/piglet covering all costs).

A 2% rise in mortality over a year in a similar herd due to low grade uncontrolled navel bleeding would equate to a similar level of loss and cost.  If the problem occurs in association with induced farrowing then a careful cost/benefit analysis will be required to decide whether induction should continue.