Scouring in suckling piglets remains a major problem in many farms and can be caused by a wide range of infectious, environmental and managemental factors.  Probably the most common cause of scour in piglets from 10-20 days old is Coccidiosis.  With an accurate diagnosis, it is possible to introduce a wholly effective control programme. 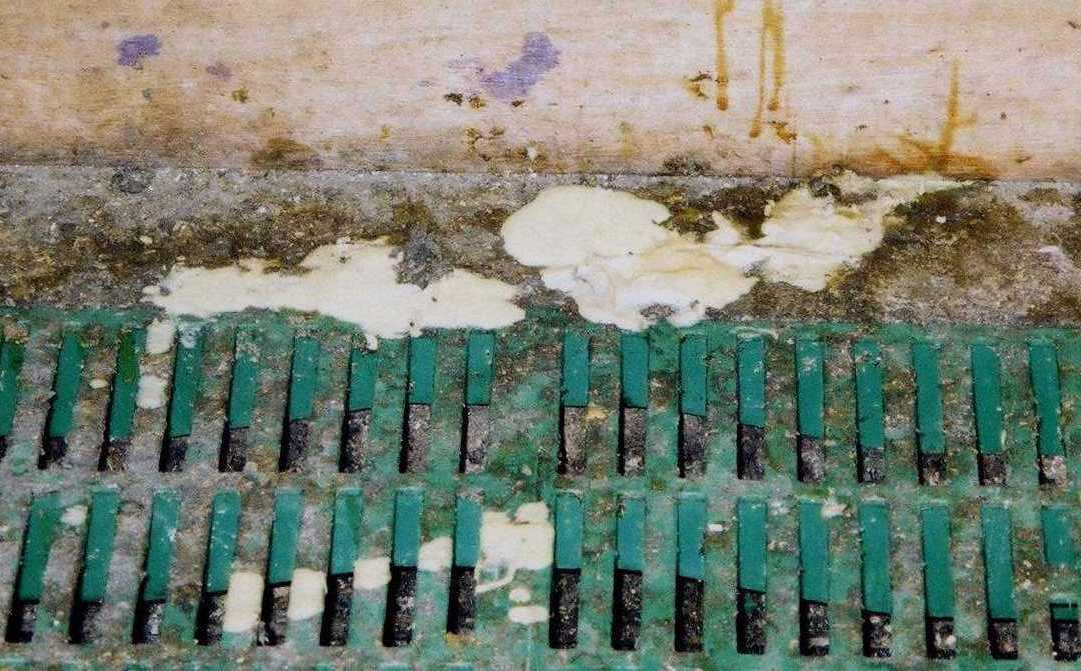 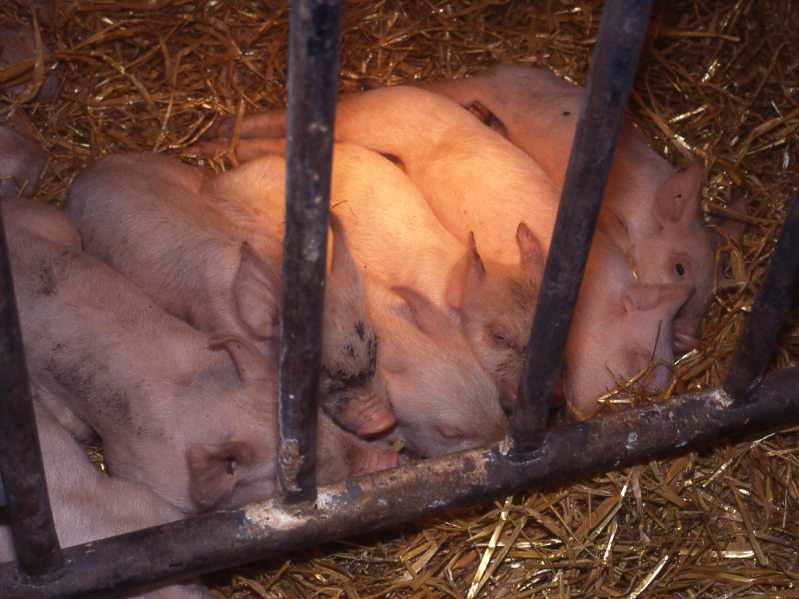 Fig 2: Loss of condition in pigs affected with coccidiosis 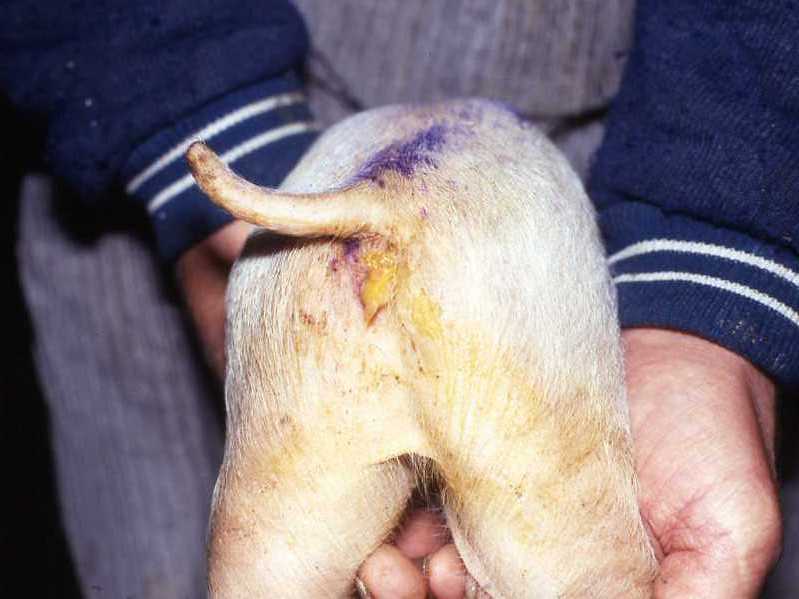 Coccidiosis in the pig is caused by a parasite called Isospora suis.  There are a range of other coccidia (Eimeria sp), often found in the pig, but these are generally thought to be harmless although in rare cases can cause disease in young adults.  (A range of specific Eimeria species are the main causes of coccidiosis in poultry and ruminants).

The parasite has a direct lifecycle between pigs (i.e. there is no intermediate host) with oocysts shed from an infected individual into the environment, in which they undergo a temperature dependant maturation process, before infecting other animals orally.  The organism then colonises the small intestine, developing through a number of stages and causing gut damage leading to scour.  This process takes several days and, as such, Coccidiosis does not occur below 5 days of age, and most typically is not seen until 10 days old.

Hygiene is a vital factor in any disease process and its control; as an enteric disease of baby pigs, an outbreak of coccidiosis signifies a breakdown in the hygiene standards. Whilst a reservoir of infection may exist in adults, the most important source of infection for the piglet is a contaminated environment arising from previous litters.

The disease is seen in both indoor and outdoor production systems - in the latter case either in summer where sows have udders that are heavily contaminated from wallowing or in wet weather where beds are not renewed between batches.

Scouring will be seen in all or part of the litter from about 7-10 days of age but can start right up to weaning.  The scour will usually be yellow and creamy and careful observations may reveal blood flecks.  Death is a rare consequence of uncomplicated Coccidiosis although, where E coli or Rotavirus become involved, mortality can rise to as high as 30%.

Loss of condition will be apparent in affected individuals and the overall consequence will be reduced weaning weights - herd average weight at 25 day weaning can drop by 1kg per pig during an outbreak - and gut damage at weaning that may trigger secondary post weaning enteritis. The reduced weaning weights will have implications on overall growth to slaughter (see graph 1). 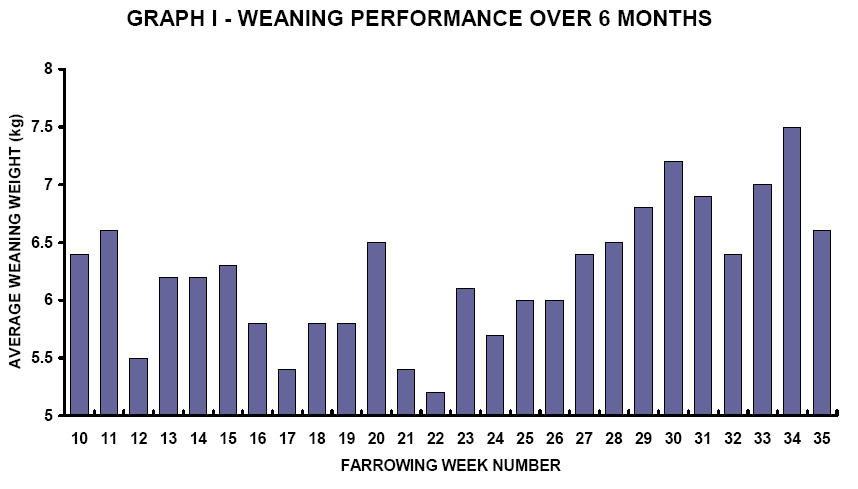 Graph 1: Coccidiosis can have a dramatic effect on weaning weights and ultimately days to slaughter. This graph  shows the decline in weaning weight in a 300-sow B/F farm as an outbreak of Coccidosis, which started in early spring, progressed into summer. Treatment with Toltrazuril was started in week 27.

Response to treatment in an affected individual with antibiotics is generally very poor and, in many cases, the scour will stop spontaneously at weaning - suggesting that the gut damage induces a milk intolerance.

In many affected herds, one or two pigs in the litter may show early and mild signs of scour at 7 days of age, with the rest of the litter becoming affected 5-7 days later, as the young pigs act as generators of the parasite.

There is growing circumstantial evidence that sub-clinical disease exists on many farms in which scour is rarely seen but weaning weights are impaired.

Whilst scour typical of coccidiosis is not seen after weaning, there is growing evidence that, separate to the effect of the disease on weaning weights and subsequent performance, sub clinical coccidiosis does occur after weaning and can be responsible for post-weaning fading (fig 4).  This condition can occur independent of clinical disease before weaning, although investigations suggest that where post weaning fading associated with coccidiosis occurs, there is at least sub clinical infection in the baby pigs before weaning. This syndrome may also be associated with incorrect preventative treatment of piglets in farrowing houses. 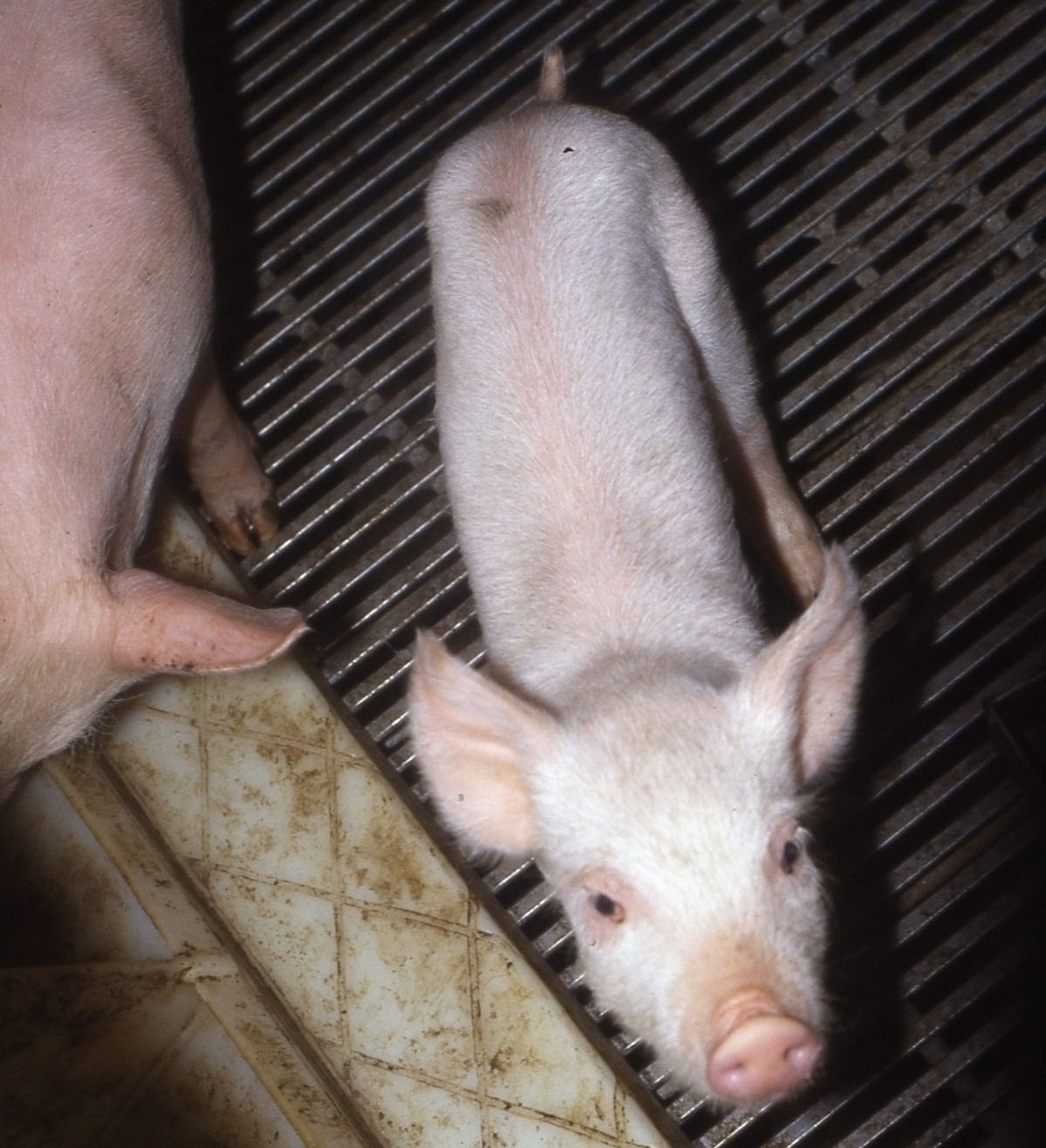 Fig 4: Fading post weaning can be due to sub-clinical coccidiosis

Provided pigs do not fade to the point of requiring euthanasia, recovery will eventually occur and provided the pig reaches slaughter weight there will be no carcass damage requiring condemnation or trimming. 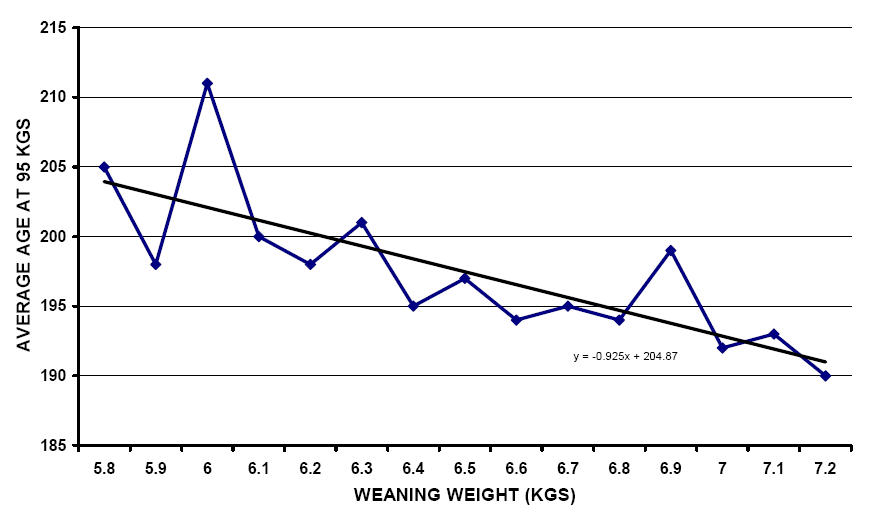 Graph 2 shows the subsequent effect on age to slaughter as weaning weight declines.  In this herd a drop of 1kg/pig at weaning extended the growing period, to reach slaughter at 95kg, by 9 days.

The clinical picture described will provide a strong indication of the role of coccidia although, because it is possible to have combined infection with other agents, a laboratory diagnosis is desirable.

Despite the fact that carrier sows and affected piglets shed coccidial oocysts in their faeces, these are very difficult to detect and, even if found, do not necessarily mean that this is the cause. Rectal swabs are of no value.  The only reliable definitive method of confirming the diagnosis is to sacrifice acutely affected, untreated typical individual pigs and examine the gut.   Grossly they may be thickened and inflamed but histopathology is essential for confirmation.

On many farms, the response to treatment and control measures is used to support the diagnosis.

Hygiene plays a major part in the control of Coccidosis. The oocysts that are shed in the faeces, which develop into infective stages in the environment - provided the temperature exceeds 16°C - are very resistant to conventional disinfectants. Effective treatments are fire (flame gun) and limewashing - in the latter case, the lime must be allowed to cure for 3-4 days before stock are placed in the treated pen. Conventional and widely used disinfectants (iodophores, organic acids or even phenols) are not effective at killing coccidial oocysts which can survive and remain infective for up to 10months A specific anti-coccidial disinfectant - Oocide-is no longer available; this was a 2 component product that, when mixed, gave off ammonia gas. There are claims that some dry disinfectants have anticoccidial effects and may be useful adjuncts to treatment of the environment. Thorough washing of pens with a detergent is vital and problems typically - though not exclusively - occur in continually occupied rooms and on certain type of floors where thorough cleaning is difficult (solid, cracked concrete, moulded plastic slats) and where slurry is left under slats between farrowing groups.. Whilst conventional disinfectants have poor efficacy against the oocysts, if used correctly they are highly effective against other pathogens and should form part of the general cleaning programme. 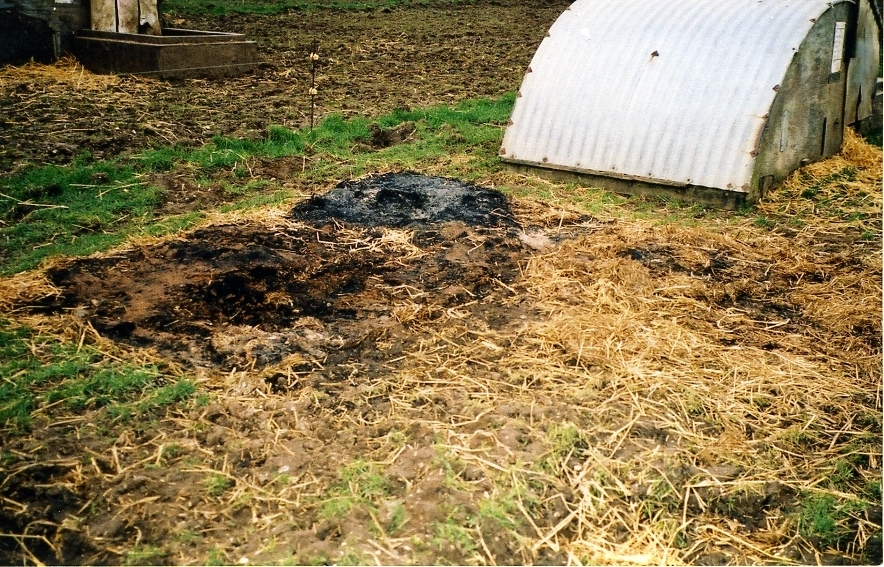 Fig 5: Burning of old beds outdoors is considered an effective hygiene measure but environmental restrictions should be considered

In the outdoor herd, arcs must be moved between consecutive farrowings and where problems occur, boards should be avoided. Burning of bedding from previous litters within a paddock has been widely used historically and forms an important component of disease control in outdoor herds (fig 5). However, environmental restrictions must be considered and the Environmental Agency contacted for individual farm circumstances. The Environment Agency regard the procedure of burning bedding as falling within the "agricultural waste exceptions" guidelines and therefore a licence under Exemption 30 must be applied for.  Details are available from the Environment Agency at:   www.environment-agency.gov.uk/business/sector/40051.aspx or telephone 0845 603 3113.

Lifting and removal of contaminated bedding after each weaning is a helpful though less effective procedure than burning.

Extended use of farrowing paddocks over many years and the failure to move arcs to clean ground within paddocks will allow progressive build up of coccidiosis in the environment.

The provision of wallows in farrowing paddocks increases contamination of the udder and should be discouraged (they will also encourage litter desertion in hot weather). Whilst some immunity to the parasite will develop, feedback of infected material to sows is not a reliable method of control; it may in fact make matters worse by increasing the faecal output of oocysts from the sow, in the short term Experience from the field suggests that transfer of protective immunity from sow to litter is minimal.

Various treatments have been tried over the years with mixed success. Once an individual pig is affected, treatment is of limited value, the most effective cure being the withdrawal of milk. However preventative medication is now available and is highly effective.

Medication of the sows' feed with an antibiotic with anti-coccidial activity (e.g.Ionophores) has been used but has poor efficacy and, are no longer permitted in sow feed. The failure of such treatments is most likely due to the fact that it is the environment rather than the sow directly that provides the main source of infection for piglets.

Dosing of piglets with a single dose of toltrazuril has twin effects if given at the correct time. Given before the life cycle has progressed to the point where significant gut damage occurs it will prevent clinical disease; if given late enough in the life cycle, destruction of the organism appears to trigger an immune reaction thus protecting the pig from future infection. The optimum time for treatment seems to be 96 hours (give or take 12 hours) after the pig becomes first infected, which usually occurs soon after birth. In practice this means treating on day 4 or 5 of life depending on whether day of birth is classed as day 0 or day 1 respectively. When assessing the appropriate time for treatment, care must be taken over the recording of the birth date. If pigs born in the afternoon are not "booked in" until the following morning, they are already about 20 hours old. In practice, the most common reason for treatment failure is incorrect timing usually on farms where the treatment is applied on a set day of the week.

(Where a 2 stage farrowing/lactation system applies (in which sow and litter are moved say 7 days after farrowing, such as to old fashioned "rearing sheds" or where multisuckling yards are used to extend the sucking period for small/poor pigs) if challenge does not occur in the primary accommodation, but disease is seen 7-10 days after the move then treatment with toltrazuril should occur 4 days after the move.)

Toltrazuril is a specific anticoccidial agent and a good response to its use can support a provisional diagnosis of Coccidiosis.

Mixed infections involving Rotavirus or E.coli complicating coccidiosis, can only be identified by full diagnostic investigation and additional therapies may then be required.

Baycox 50mg/ml (Bayer) was first licensed for use in the pig in 2008 and subsequently launched as a multispecies product in 2009 (Baycox 50mg/ml Oral Suspension for Piglets, Calves and Lambs: Bayer.)  A number of generic toltrazuril products are also available for pig use. The medication is applied orally at a dose rate of 20mg/kg, equivalent to approximately 0.7mls/piglet of average weight and is well tolerated by pigs. With a number of fully licenced products now available it is no longer permissible (nor necessary) to use off licence poultry preparations of Toltrazuril - which were poorly tolerated in pigs causing frequent vomiting.

Toltrazuril used in pigs has a 77 day meat withdrawal period and must be recorded in medicines records accordingly. Such an extended withdrawal time is of no practical concern given the age of pig typically treated with normal marketing practices.

The costs of coccidiosis are incurred by reduction in weaning weights and depression of performance after weaning. An extension of days to slaughter of 9 days (typically occurring when weaning weights are depressed by 1kg) would require an additional 12.5kg feed provision approx. (maintenance requirement for 9 days) at a cost of £2.50 per pig, assuming space is available to achieve constant slaughter weight. Loss of revenue for lighter pigs sold would offset the absence of extra feed costs. If sub-clinical disease is present the costs of the disease would be half this level.

Costs of toltrazuril medication would not be expected to exceed 20p/piglet for the medication and labour.