Biosecurity refers to those measures that can be taken within an animal keeping environment to reduce or prevent the spread of infectious diseases between animals.  Thus, it can refer to:

The nature of smallholdings, hobby farmers, pet pig and smaller production farms is such that spread of disease out of the farm passively is of relatively low risk compared to a large commercial farm, and spread within the farm particularly in stable (non-dynamic) populations is less significant.

Within this workshop, we will concentrate on the risks of disease introduction to the holding and measures that can sensibly be taken within the context of the needs of the smaller producer to minimise risk.  This can be regarded as external biosecurity.

How is infection spread

Infectious and contagious agents (bacteria, viruses, mycoplasmas, worms, insects etc.) can be introduced into a farm by a number of routes: 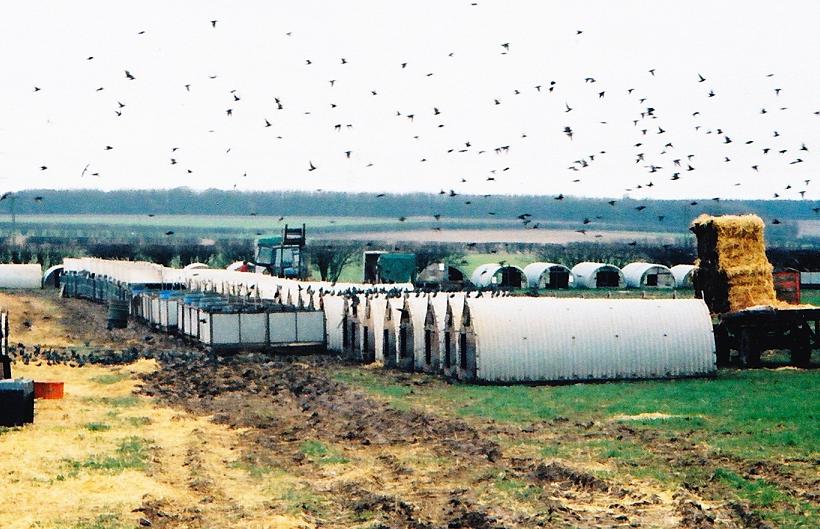 Fig 1:  Birds can introduce disease to both large and small pig farms.

The pig represents the greatest threat of disease to another pig and, as such, the introduction of new animals to your herd is a risk.

The risk can be minimised by:

a)  Making appropriate enquiries of the new source via your veterinary surgeon to verify that the source population does not carry infections which yours does not.

b) Quarantining on arrival in an isolated pen/building with a change of boots and overalls between attending the existing and new population and thoroughly washing hands etc. between attendance.  Depending on the risks, quarantine should last four to eight weeks.

Pig movements that tend to be specific to the small producer and hobby farmer are:

a)  Attendance at shows etc.

b) Shared boar use between producers.

Subject to local restrictions any pig taken to a show - with a view to returning to the holding - should be fully vaccinated and treated with Avermectin immediately before leaving the farm, with treatments given every four weeks if repeated show attendance occurs.  Animals returning from the show should always be quarantined on return, as above. Remember to thoroughly wash and disinfect the trailer on return.

The shared boar does present unique risks, both of spreading venereal infection (eg Leptospira, Chlamydophila. Porcine parvovirus) and systemic or superficial diseases.  If this practice occurs locally, over time it is likely that the health picture of all the holdings involved will equate but there remains the risk that infection gaining entry to one site may be by any route and is easily spread by the boar from site to site.

Remember - all movements off a pig holding require a movement licence and from 1st April 2012 these must be in the form of an eAML2 - the electronic based system.  (See www.eaml2.org.uk, BPA and AHDB Pork websites.)  Pet pigs require a walking licence if they are to be exercised outside of the home/holding (see http://archive.defra.gov.uk/animalhealth/about/publication/ad).

Always ensure your pigs are well fenced to avoid roaming or escape. 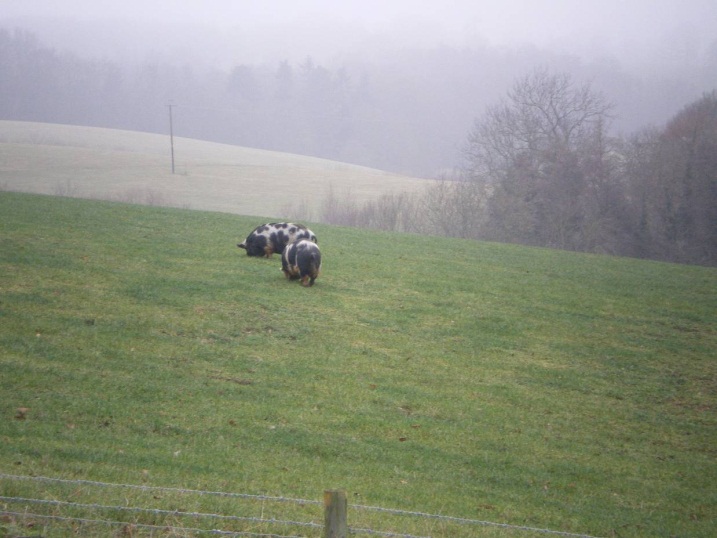 Fig 2:  Small stable populations of well fenced in pigs are of limited risk of spreading disease

If AI is used, ensure it is derived from licensed centres where disease monitoring and declaration are undertaken.  Major diseases that can be spread via semen are limited but include PRRS, Parvovirus and exotic diseases.

Anything that transports pig faeces or other secretions onto a farm has the potential to spread infection.  These are referred to as vectors.  These can include: 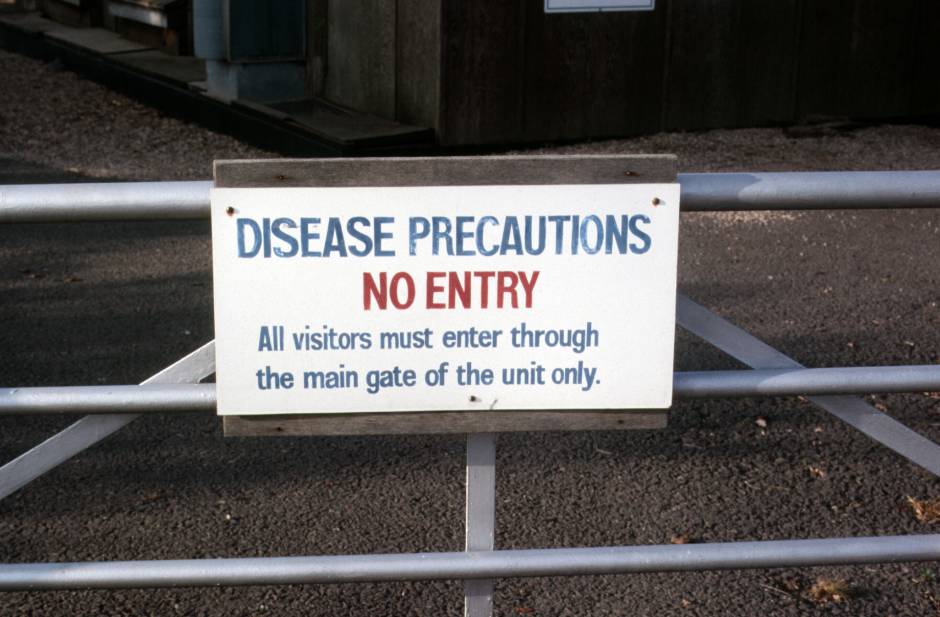 Fig 3:  Deterring visitors or controlling their access is necessary

The pig-keeping area should be fully separated from any vehicular access, whether that is feed lorries, stock vehicles or other vehicles.  The use of a loading ramp is ideal but is not appropriate for many small farms.  Loading onto trailers at the periphery of the site from a hard standing that can be washed and disinfected is the best compromise.

People should not have unrestricted access to pigs.  Of particular risk to the smaller pig keeper is shared labour, or helping out friends who also keep pigs.  In such situations, thoroughly washing hands etc. and a complete change of boots and overalls between premises (both directions) are essential.  Saliva or faeces on overalls can easily spread disease.  The provision of a clean, fresh disinfectant foot dip at the entrance to the pigpen or area is a wise precaution but remember - the disinfectant used should still be active in the presence of organic material.  Do not use iodophore-based disinfectants in foot dips. 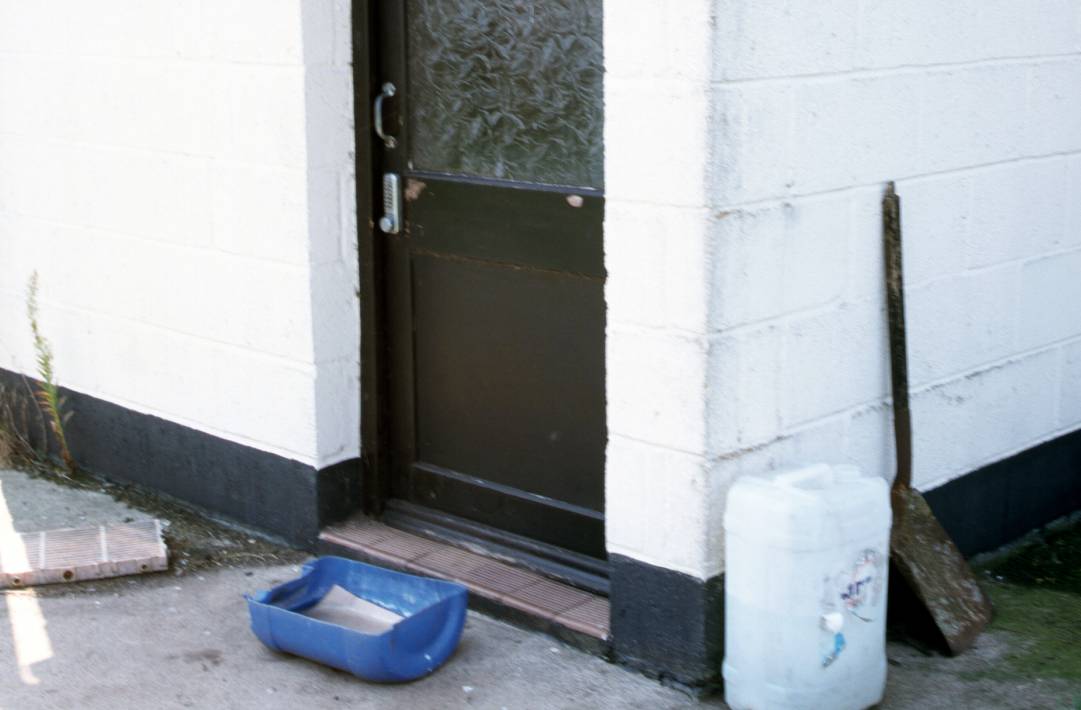 All sensible measures should be taken to reduce rodents and avoid pets - particularly those that can roam - from entering pig keeping areas.

In smallholdings, there are often mixed farm species such as cattle, sheep, poultry and turkeys.  Specific diseases can spread between species (Salmonella, ringworm, erysipelas, TB to name a few) and all sensible measures must be taken to avoid spread between them (e.g. vaccination, treatments, selection of sources). 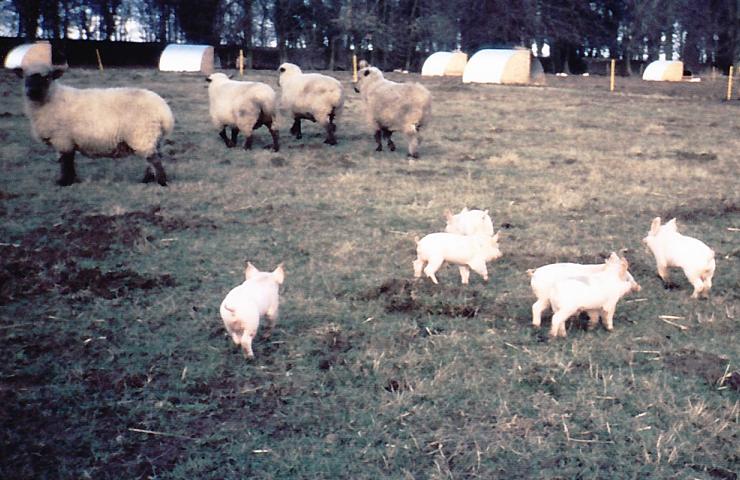 Of particular significance in the South West is the issue of badgers, cattle and TB, which is now spreading into pigs.  Avoid allowing pigs access to ground occupied by badgers with the same applying to cattle which may then pass on TB to pigs.

Preparatory feed obtained from respectable suppliers is rarely likely to carry infection (e.g. Salmonella etc.).  These plus correctly sourced bi-products can be supplemented by grazing. 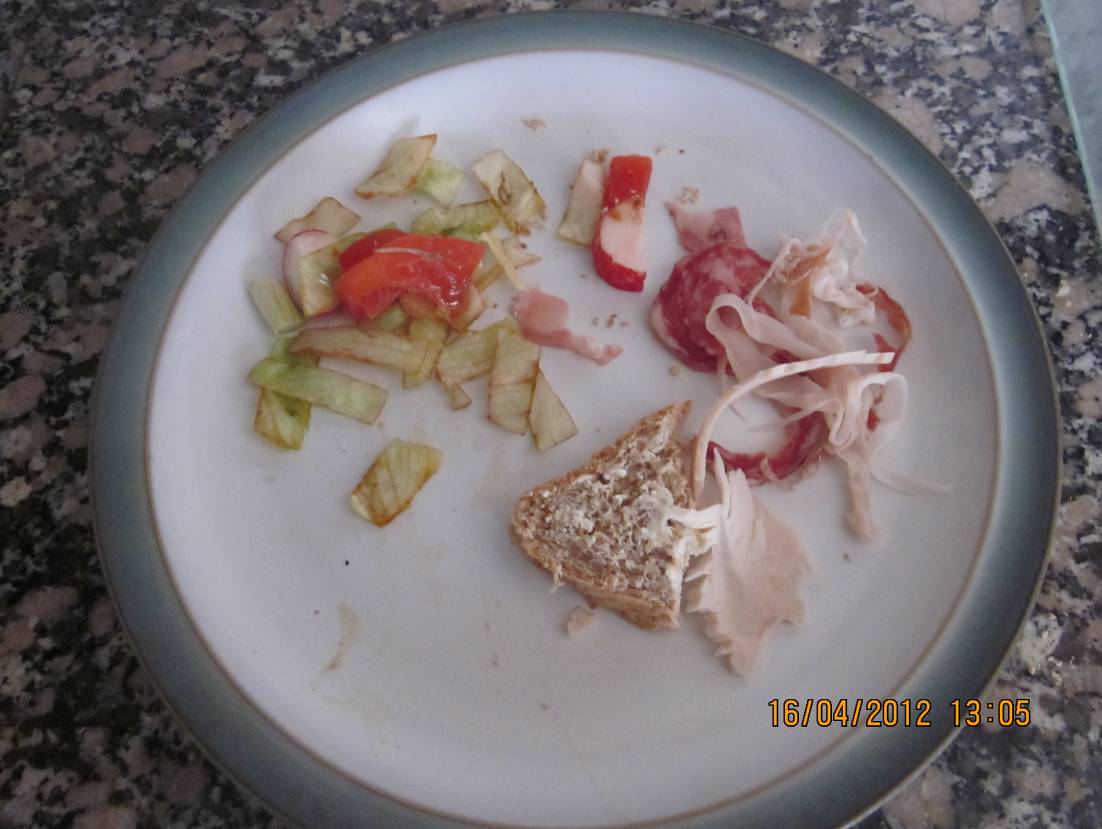 Fig 6:  On no account should table scraps that contain or have been in contact with meat be fed to pigs

Again, particularly with respect to the smallholder and pet pig keeper waste scraps may be offered.  All producers should be aware of the risks of meat and meat products containing exotic infectious agents (e.g. animal Swine Fever) and of the fact that it is totally illegal to feed pigs any table scraps that contain or have been in contact with meat and meat products.

It is actually illegal to offer pigs scraps that have been in a domestic kitchen even when there has been no meat present. It is also a wise precaution to wash hands in soap and warm water after eating food and at all other times before handling pigs (as well as the more obvious washing before eating). Alcohol hand sanitisers are not adequate cleaning products for many pig pathogens.

A wide range of infectious agents in pigs have the ability to spread on the wind over short distances or, in some cases, many miles.  The location of the small pig farm or holding relative to larger commercial enterprises and, as such, the consequent health risks, should be considered if such threats exist. Clearly it is not wise to visit that larger farm or allow staff from there to handle your pigs.

There are many risks to the health of pigs from outside the farm.  Specific measures are needed in every case following the principles outlined here.  By assessing risks and taking appropriate action, the danger can be minimised and the threat of health of your pigs obviated.