Spironucleosis (Hexamita) is a small leaf shaped protozoan-single celled organism- found in the small intestine and caecum (blind gut) of pheasants and partridge. It has been renamed but is generally referred to as Hexamita, its previous name. It is a very common finding during the rearing and release phase of gamebird production and can be found in conjunction with other intestinal potential pathogens such as coccidia and trichomonas which can exacerbate intestinal disease causing enteritis.

The parasites are very active, living in the gut cavity and appear to utilise glucose for energy, effectively starving the bird. There is some debate over the existence of a cystic stage of the parasite, which lives in the environment, but it is generally thought that the main mode of transmission is by ingestion of the parasite that has been passed out in the droppings of another bird.

Disease can occur during the rearing and release stages of pheasant and partridge production and can also occur in adult partridge.

Trichomonas and other related motile protozoa are commonly found in the caeca of healthy pheasants. Their pathogenic significance is under debate and they may be normal inhabitants of the birds' gut or cause disease when present in large numbers.

Affected birds tend to be dull, off their feed and stand with their feathers ruffled- often hiding in cover or standing round drinkers. Large numbers of the parasite in the gut can cause emaciation- the characteristic 'razor keel' (see Figure 1) frothy yellow diarrhoea, dehydration and death. Chronic disease causes uneven batches of birds. 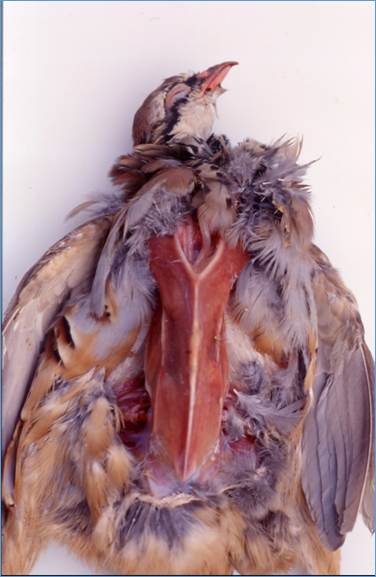 Veterinary advice should be sought when birds have been treated for coccidiosis but there is no response to treatment as there may be a combined infection with Spironucleus.

The birds tend to be thin and dehydrated with muscle wastage over the breast muscles, there is an enteritis present with very watery contents in the gut and there can also be areas that contain firmer food material. The caecal contents can be foamy and yellowish in colour (Figure 2) and this may progress in some birds to white cheesy caecal cores. 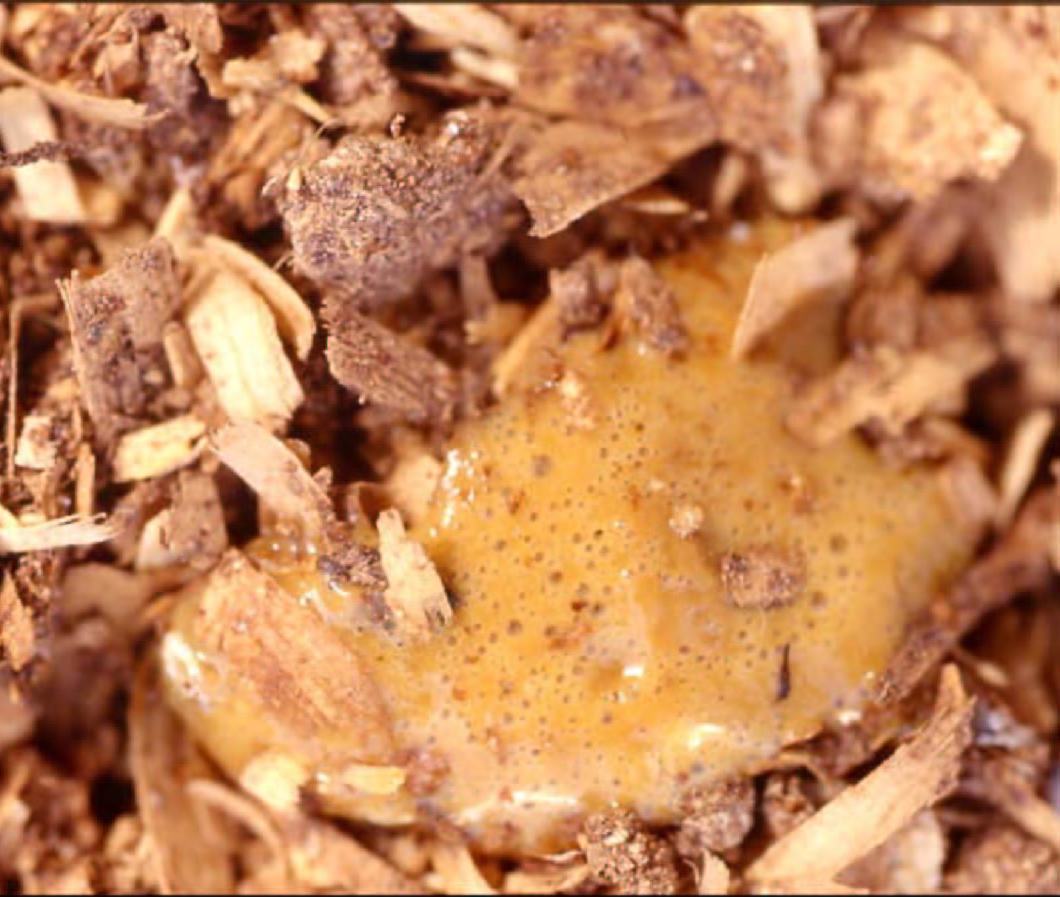 Diagnosis is by clinical signs and demonstration of large numbers of the protozoal forms in gut contents. Smears should be taken from areas of gut with watery contents and examined under the microscope for the motile leaf shaped translucent organisms. In dead birds the drop in body temperature causes the Spironucleus organisms to stop moving making them very difficult to visualise under the microscope. The sample of choice for diagnosis is live affected birds that can be euthanised and examined. Histopathology -looking under the microscope in a specialist laboratory-of fresh gut biopsy sample may also have some value but the parasites live in the cavity of the gut and don't burrow into the gut lining so may not be visible.

A PCR test (DNA fingerprinting) for diagnosis is at the development stage at present.

The disease was controlled previously by the administration of in-feed dimetridazole (Emtryl) and acute outbreaks of by the same drug in the water supply. This drug has been withdrawn from use and possession of it with the intent to administer to gamebirds is a criminal offence. Affected birds lose glucose and essential salts from their gut via absorption of these nutrients by the parasite and the diarrhoea caused by the infection.  Electrolyte administration, such as Solulyte, via the water supply is the cornerstone of treatment. Antibiotics can be used to try and correct the upset to the gut bacteria present, alone or in combinations, but must only be used after diagnosis and prescription by a veterinary surgeon. 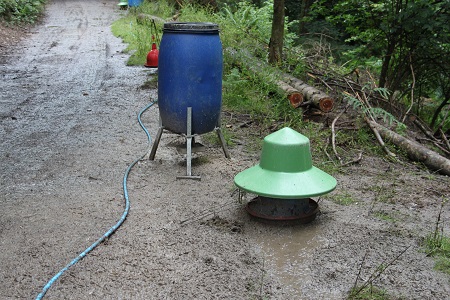 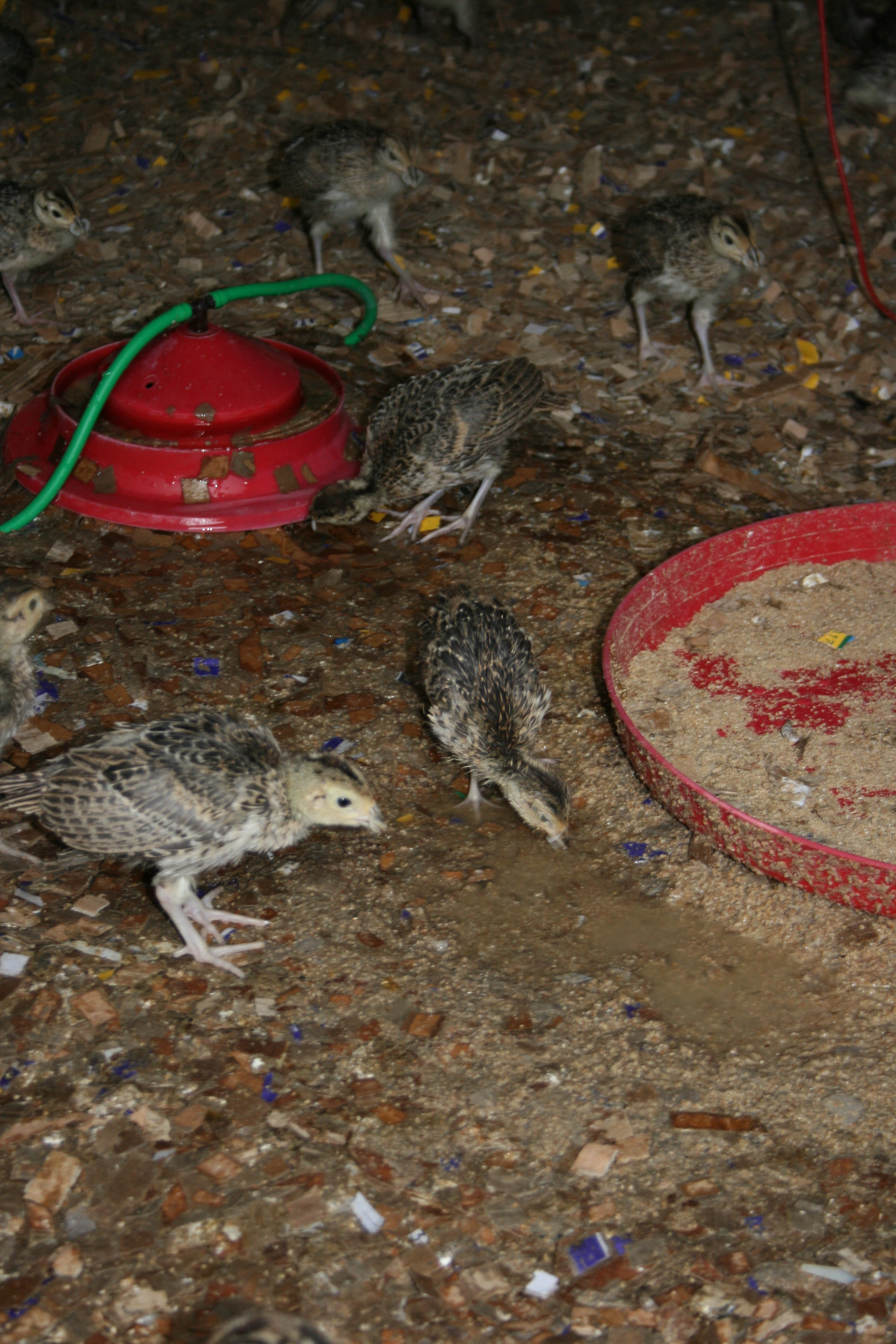 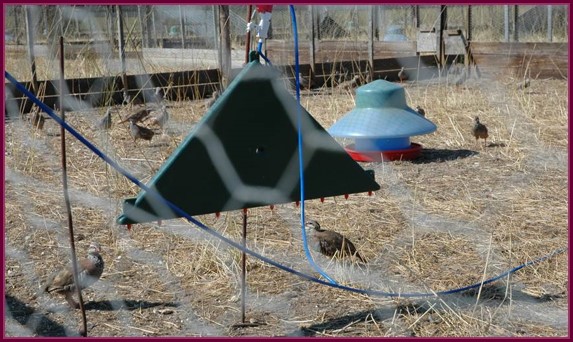 Outbreaks of disease tend to be likely in wetter situations so possible drainage and keeping areas around feeders and drinkers dry by using bark chippings or desiccant powders such as Mistral should also have a beneficial effect (Figures 3, 4 and 5).